The Oldest Of Trees 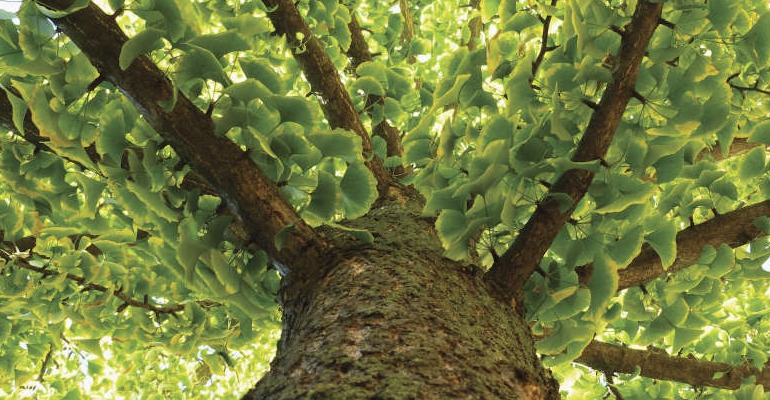 Ginkgo biloba first appeared 290 million years ago when they were the dominant form of tree, with many species and foliage similar to present day specimens. Conifers and broadleaved trees evolved at a later time. The oldest living specimen, believed to be 3,500 years old, is found in China. Ginkgo plants were first imported into Europe in the 18th century and one planted in Kew Gardens in 1762 can still be seen. The National Collection, sited near Evesham, has over 300 cultivars and their website has an extensive picture gallery.

Due to their size, up to 40m (130ft), Ginkgo trees are found in large gardens and parks where they are grown as ornamental specimens with a conical form, interesting shaped leaves and autumn colour. These trees are usually male because the fruits of female trees have an unpleasant smell, like rancid butter or worse! Seeds are mainly collected in the wild with some others acquired via specialist nurseries. Strangely, the pollen from female plants is non allergenic. whereas that of male plants does cause allergies. 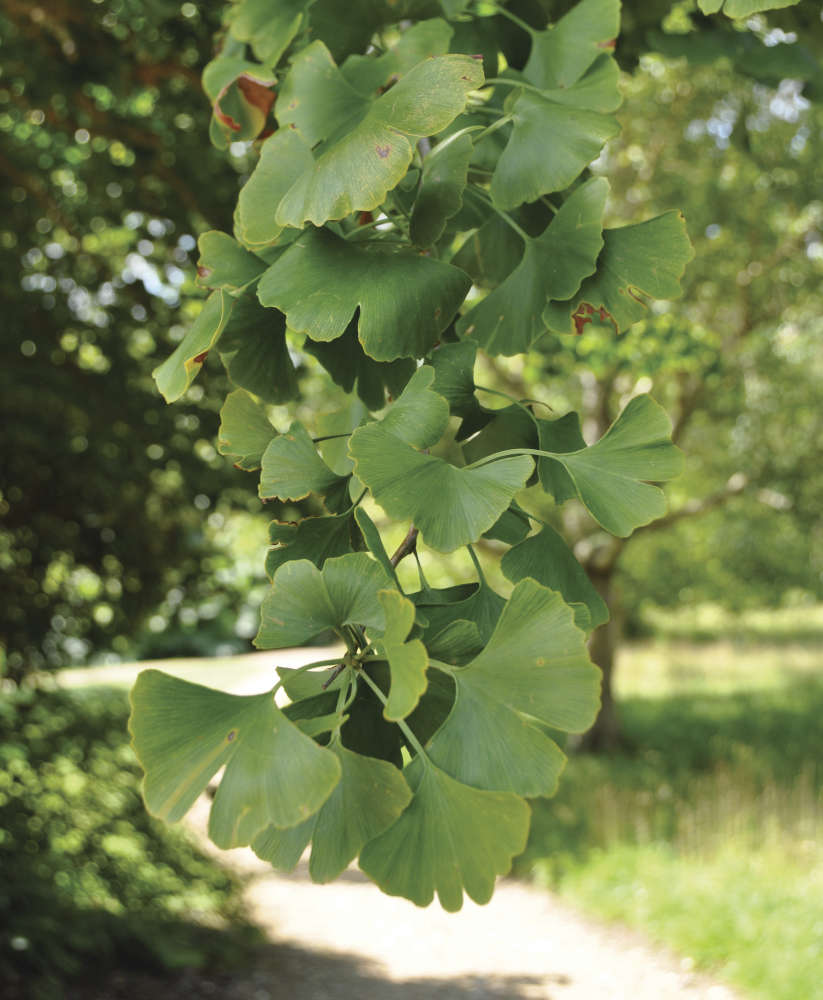 The Latin name ‘biloba’ refers to the leaf shape of two lobes, likened by some people to duck’s feet. The common name for the Ginkgo is maidenhair tree since the Maidenhair fern has similar lobed leaves, but about one twentieth the size. The ginkgo leaves are bright green and fan shaped, turning a glorious yellow colour in autumn so that G. biloba shows as a golden yellow pillar. Dwarf varieties, 1m (3ft), suitable for small gardens are sold by some UK garden centres. With light trimming the dwarf varieties can display as a golden ball in autumn. They can also be grown as a bonsai. Ginkgo plants are hardy down to -20°C and larger trees are resistant to pollution. These are sometimes planted along main roads. Another aspect of hardiness is their resistance to radiation. In Japan, six Ginkgo trees in Hiroshima were growing in separate locations up to 1.6km (1 mile) from the 1945 atomic bomb detonation site. Although severely charred, they managed to survive, recover and are still alive, known locally as the A-bombed trees.

There are references in the literature of the Far East suggesting dietary and medicinal uses for Ginkgo, but to date there is no scientific evidence to support these uses. It has been used in Chinese medicine from the 11th century. The seeds, known as nuts, are used in food across Asia, but eating more than the equivalent of eight per adult will produce unpleasant side effects.

Ginkgo timber is available in China and Japan but it is rare and therefore expensive. The wood is used in furniture making, for chessboards and chessmen and decorative items. It is fire resistant and slow to decay hence it is only occasionally used for fencing in Asia. 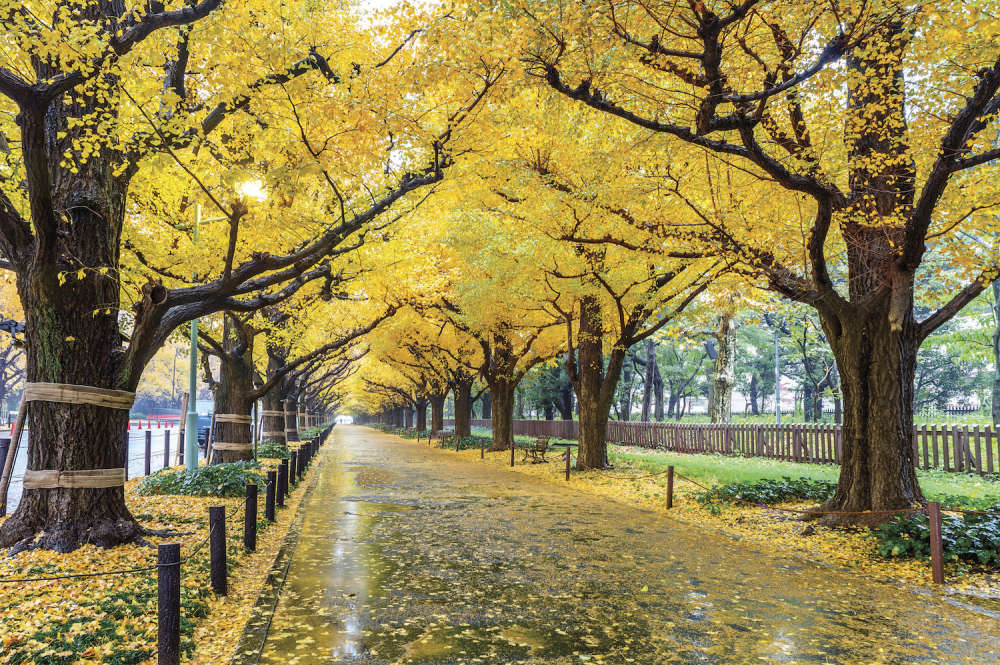