The Loveliest Of Trees 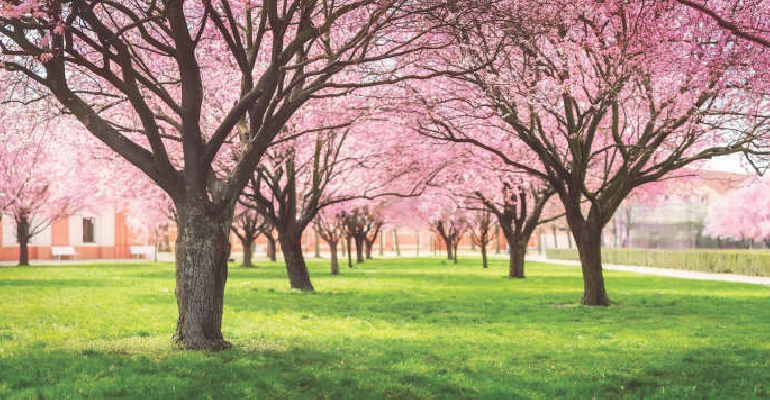 Ornamental cherry trees have the curious ability to hide themselves in plain sight. We scarcely notice them for much of the year, but they’re currently putting on some breathtaking displays, observes Flo Whitaker

Ornamental cherries (Prunus) are a large and diverse family of trees. Some varieties flower during winter/early spring, others reach their peak in April or May. Some have wide, spreading habits, others are upright or columnar in shape. Some grow fast – others are slow. Some develop into substantial trees – others are naturally petite and make good subjects for bonsai. Even the smallest garden has room for a cherry tree. As a general  rule, cherries aren’t particularly long lived and many suburban veterans planted before WWII are now in decline. If you’re the custodian of a failing old-timer in your front garden, please consider planting another to tale its place. Flowering cherries enhance the ‘street landscape’ and put smiles on the faces of passers-by.

Cherries have small-ish leaves arranged loosely along their branches. This allows dappled sunlight to pass through, which gives scope for underplanting. Spring bulbs are ideal candidates for this, particularly those with a more ‘naturalistic’ appearance, such as snowdrops, wood anemones, bluebells and aconites. Primulas and cyclamen will also enjoy dappled shade, so long as the soil doesn’t become hot or dry. For summer underplanting, hardy geraniums give a good show – even when out of flower, with their attractive, weed-supressing foliage. Cheery-faced pansies and evergreen Sarcococca, bearing highly-scented flowers, will provide underplanted colour in the depths of winter.

Ornamental cherries can be grown in pots, so long as you ensure they never go hungry or thirsty. Use soil-based compost, adding plenty of moisture retentive leaf mould to the mix. Select a good-sized container; half-barrels are ideal and often cheaper than terracotta. ‘Wind rock’ is a problem for potted plants and a larger container will add weight, making it less likely the plant will topple over. If the container is to be positioned over soil, (say, at a path edge), consider cutting off its base entirely, or making very large holes in the bottom, then sitting the container directly onto the ground. This gives the aesthetic appearance of a potted plant, but allows roots to penetrate the soil below, giving the plant extra stability and access to moisture and nutrients. Prunus incisa ‘Kojo-no-mai’ is an excellent choice for a container. Slow-growing, it eventually reaches 2.5m (8 feet) in height and produces criss-crossing little branches that are smothered with white flowers in spring. The leaves also turn brilliant shades of coppery orange in autumn. 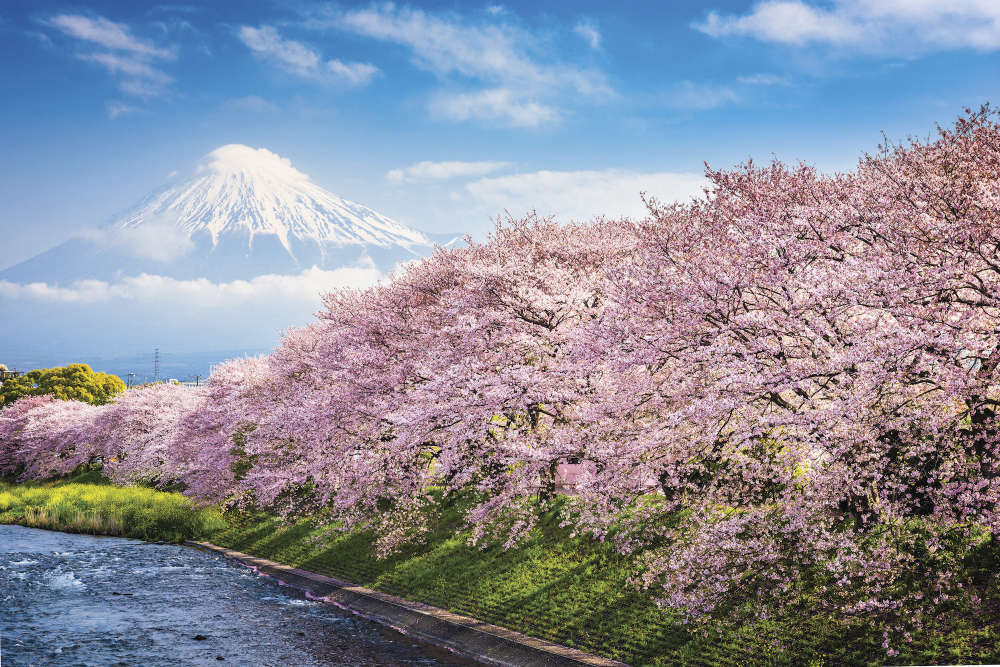 No mention of cherry trees would be complete without a homage to Collingwood ‘Cherry’ Ingram, (1880- 1981). His life was extraordinary; not only for its immense length, but also because of his great breadth of interest – he was a true polymath. Born into a well-off family; Ingram could have easily gone down the route of privileged idleness, but a thirst for knowledge, particularly about the natural world, fired a studious work ethic that was to last his entire life. Traveller, writer, botanist, gardener, diarist, illustrator; his energy was unquenchable. Commissioned into the army in WWI, he took his notebooks and paintbox to France, where he sketched and recorded the flora and fauna on the Western Front.

Ingram made several visits to Japan. The first, in 1902, was at a time when Japan was opening up to western travellers after centuries of being a mysterious, ‘locked’ country. Ingram became captivated by all things Japanese; (after his death, his collection of Japanese artworks was donated to the British Museum) but plants always remained his prime focus. Cherry blossom has been revered in Japan for thousands of  years – its symbolism is deeply rooted in Japanese culture.

In 1926, Ingram, by now a respected horticulturalist, was paid the highest compliment when he was invited to address the Cherry Society in Tokyo. Ingram was polite but solicitous; warning his audience of the perilous state of Japan’s trees. An area of particular concern was the prevalence of just a few varieties, with little interest shown in the genetic diversity of historic Japanese cherries. Ingram declared they were in danger of losing many old types unless action was taken. During his visit, he was shown a painting of ‘Taihaku’, a tragically extinct form with huge pure white blooms. However, Ingram immediately recognised it, saying he had propagated it from cuttings taken from a tree growing in a Winchelsea garden. His hosts were incredulous, but subsequent investigation showed Ingram was correct. How the tree had originally found its way to Winchelsea can only be speculated upon, but the ever-observant Ingram had spotted it and, unwittingly, saved it from extinction. After several failed attempts, live cuttings from Kent were successfully transported back to Japan. Taihaku – the ‘Great White’ was reintroduced and Ingram’s nickname, ‘Cherry’, accompanied him throughout the rest of his life. 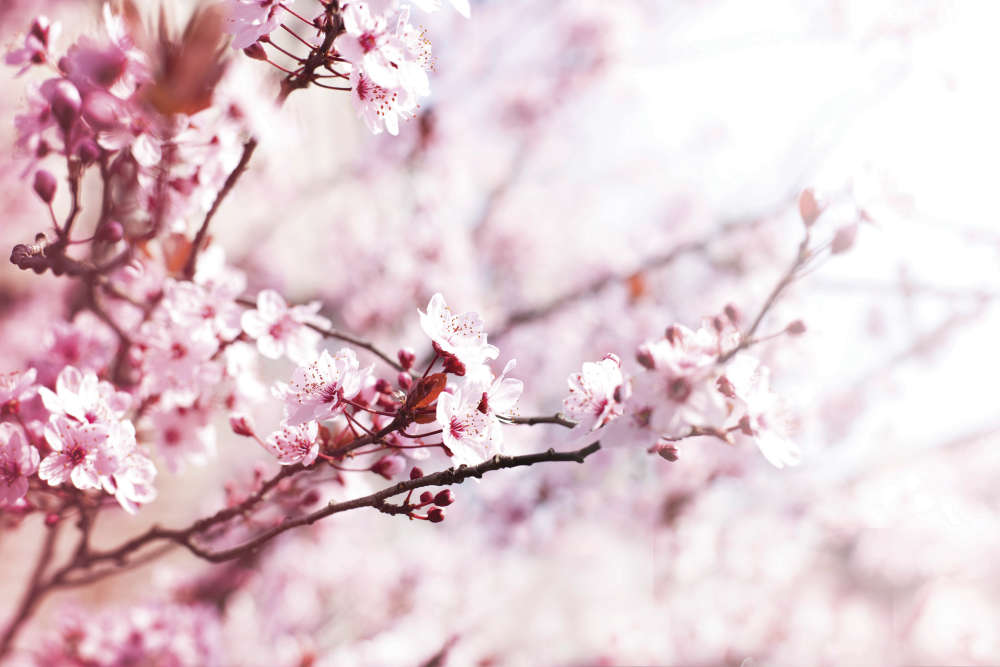 Ingram died on 19th May 1981. It’s tempting to imagine a romantic scene where, just as the last blossoms of the year were fading, the old man surveyed his garden for a final time and recalled the ancient words of the Japanese poet, Saigyō, (1118-1190); “Let me die, underneath the blossoms, in the spring, around the day, of the full moon.” Cherry had somehow colluded with the cosmos and got his timing just right; May 19th was, indeed, the day of the full moon.

After Ingram’s death, his home, ‘The Grange’ at Benenden, was sold. It is reckoned that 120 different forms of  ornamental cherries once grew there. Although most have long disappeared, a few venerable trees planted in his time remain and subsequent owners have planted more. Now a residential home for adults with learning disabilities, The Grange occasionally opens its gates to visitors for cherry blossom-viewing. They are acutely aware of Ingram’s legacy, which is somewhat ironic when it seems that the horticultural world has mostly forgotten him. But his influence quietly lives on in our gardens; not solely because of cherries, but also in other plants he introduced, such as Rubus ‘Benenden’, Omphalodes ‘Cherry Ingram’ and Rosemary ‘Benenden Blue’. These plants cannot be accused of having attention-seeking or diva-ish attitudes. No; their personalities are best described by phrases such as ‘hard-working’, ‘no-nonsense’ and ‘long-lived’. Much like Ingram.