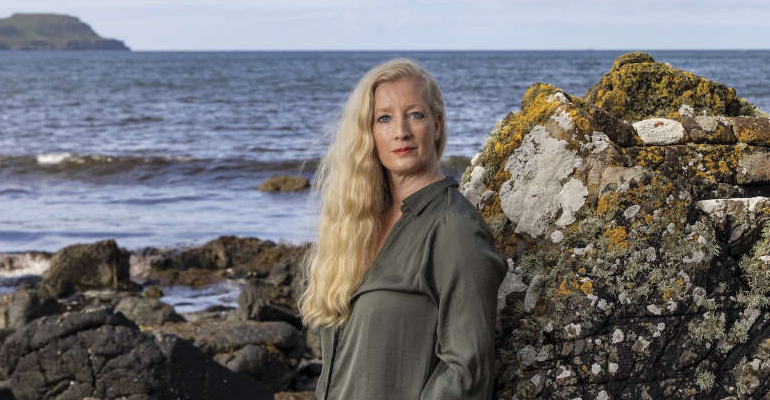 “I’d always enjoyed writing, from the time I could read,” Helen Fields told me from her home in Arundel. So when her husband gifted her six months off work, childcare and domestic duties to try her and at writing a novel, she gave it her all. “Had he not been that supportive and given me that space I don’t think it would ever have happened,” she said. And the rest, as they say, is history.

On 1st September Fields’ eleventh crime novel, The Last Girl to Die will be published. Her bestselling crime novels have gained her global recognition and been translated into 22 languages. When talking about her new novel, Fields said, “It’s nice to step away from the usual series and do something a little different from police procedural.

I’m excited about this one.” This new novel has some returning characters from her Perfect series, and some new ones as well. “The least I can do is put a couple of characters in so readers feel they’ve got that tie with other books,” Fields laughed, “and it’s kind of fun, a bit of an in joke when I’m writing it.”

There is a reason Fields is an award winning crime writer; before becoming an author she spent 15 years at the bar working as a criminal barrister. As she became more senior she was working on very disturbing cases, often involving children, which made it difficult to come home to her own three young children. “I was working 60 hour weeks, then still working after the children had gone to bed. My quality of life wasn’t high, everything was suffering,” she said. So she stepped away from the bar and started working at her husband’s media company as producer, client handler and writing bits of scripts, fitting her working life around her home life.

Then came a life-changing holiday. “David said, ‘If you could do anything, what would you really, really want to do?’ and I said I’d like to have a crack at writing a book,” Fields told me. That’s when he gifted her those precious six months, in which time Fields wrote and self published two fantasy fiction books. “I had no thought of becoming a professional writer, but wanted to see if I could start and finish a project,” she explained. Starting is the easy bit, it’s the finishing that is hard. “Most people falter somewhere in the middle, but I didn’t. I realised I had found the thing that I always knew in my heart I wanted to do.”

And that was it; Fields went to Winchester Writers’ Festival (now called the I AM Writing Festival), got an agent, and eventually, after another year, got a publishing deal.

There is an undisputable link between Fields’ previous life as a criminal barrister and the subject matter of her novels, but how close are her stories to real life, I wondered. Does she ever base characters or plotlines on cases?

“Definitely not cases,” Fields said. “People have long memories and the people I’ve defended and prosecuted are still all out there, but what I definitely have done is taken bits of personalities, like police officers I remember and their humour, or some defendant’s characteristics, and injected that into the characters.”

Fields is obviously well versed in the process and timelines of such cases, and “how it is police officers pull little strands of things together.” But what sets her writing apart is the accuracy of the inner workings of the defendant’s minds, and what it is that drives them. “I was always struck by the normality of evil,” she said. “You expect it to look a particular way but it doesn’t, it’s an every day thing and you have no idea most of the time what people are capable of.”

It’s not just the criminals in her book that are based on real life either; the relationship between characters Ava Turner and her best friend Natasha is based on the relationship Fields has with her close girlfriends – “That brutal love we have for our really good friends.” These two characters endure with Fields and she says she often hears their voices over other long-term characters, such as the lead D.I Callanach. 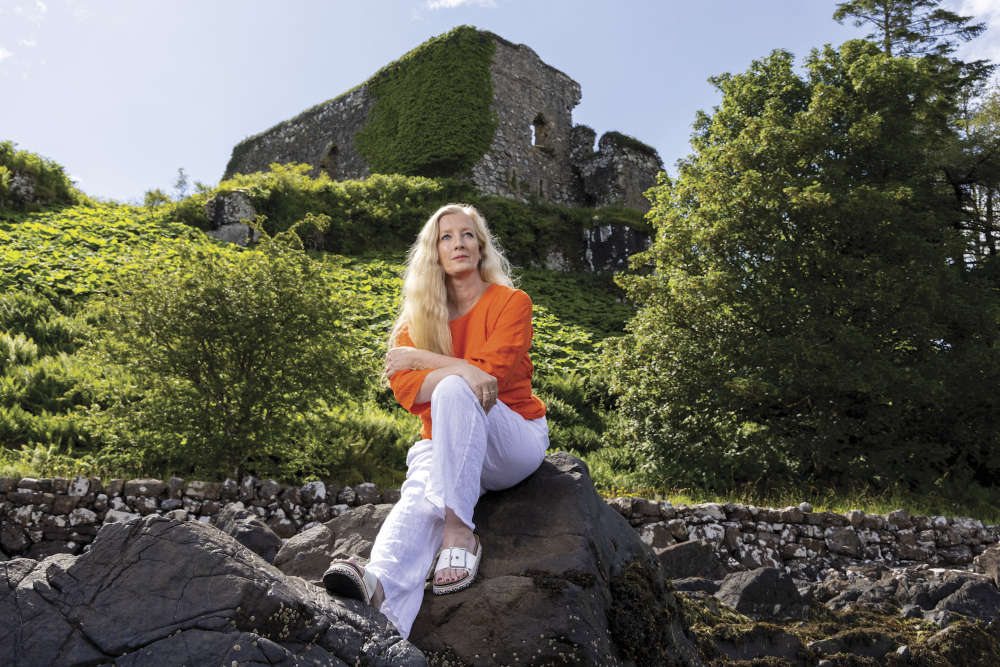 “It’s really tricky writing a long series, although there are some benefits,” Fields said. “You know the characters already, but you have to build enough interest within those characters to give them some longevity.” Fields explained how smaller characters could afford to be loud and brash, extraordinary even, as those very strong personalities are only peppered through the books so as not to overwhelm them. The main characters, however, have to be much more human, fallible and breakable, with high points and aspirations. “They constantly have to be working towards something much bigger far enough in the distance that they have to change as they walk towards it,” she said.

With so many twists and turns, I asked Fields how she plans her novels. “I don’t!” she laughed. “I wish from the bottom of my heart I did. Whenever I have tried to plan I’ve found the plot or characters have taken me off in a different direction anyway, so for me it’s a bit of a waste.” Instead, Fields likes to let the story unfold for her the same way  it does for the reader. This way she stays more passionate about it and fully enjoys the writing process, energies which she hopes are injected into her novels.

In keeping with that unplanned discovery of writing, Fields says she likes to write with background noise. She frequents the cafés and coffee shops of Arundel, or works at home with music and her husband in the background, as he works from home too. That is, until the editing starts: “I prefer to be at my desk for that,” she said. “That’s a really focused thing because I like to do that fast.”

Once Fields has finished writing her first draft, she will go through it two more times to make sure the story and pace is right. Then it’s off to the publisher, who comes back with the first edit, the structural edit. “They think about the big picture – is the story arc right, is your pacing overall right, is it too long, too short, do they not like one of the characters, do they want to half all the chapters. All the big stuff.” 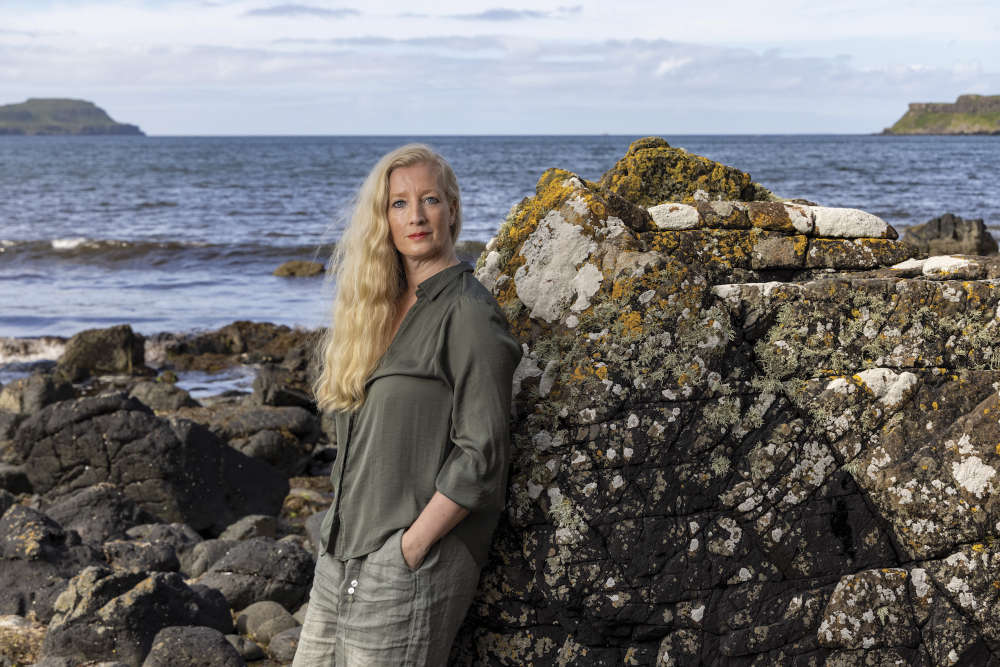 Then comes line edit; looking at dialogue, pacing within the chapters and the authenticity of characters. Next is copy edit: typos, overused words – “the word ‘way’ is always something I do” – too many sentences starting with ‘and’, or too many characters frowning all the way through the book. The manuscript is then sent to the typesetter before coming back for a final proof read. “Even then I tend to send a good 250 miniscule changes,” said Fields. And the final stage of the process is a sensitivity read, particularly important for sensitive subject matters such as Fields writes about.

Fields has lived in Hampshire, Norwich, London, California, but never Scotland. Which is why she has set the majority of her novels there. “I need to write about somewhere I don’t live because it still has to hold magic for me,” she said. “Whenever I went to Scotland I fell deeply in love with it, then I came away so it never became every day or commonplace. I wanted to put that sense of the extraordinary into the books.” Scottish history fascinates Fields as well, particularly the way it is tied in with myths and legends and a “slight sense of gothic darkness”.

The Isle of Mull is the setting for Fields’ latest novel, chosen for its rich folklore. “What’s fascinating about Mull is when you look at the history of witchcraft and the tales they tell about witches there, the witches aren’t the bad guys. They were important figures, as important as the clan chief,” Fields told me. She continued to say as respected and admired women, they had made themselves important at a time when women still couldn’t be important in Scotland; witchcraft empowered them. That all changed however, with the witch trials when horrific numbers of witches were burned.

“I think you chose the place to match the tone of the book,” Fields said. “It’s about deciding what story you want to tell then finding the place that is going to inspire you best when you’re writing it.”

Moving to Arundel from Chichester a couple of months ago clearly agrees with Fields’ sense of place and creative flow. She enthused about the boutiques, sense of history and its unspoiled, old-fashioned community. “I walk every day along the river, around the lake, through the town, the Downs, the back of the castle – it’s an amazingly beautiful place. I couldn’t be happier,” she said. 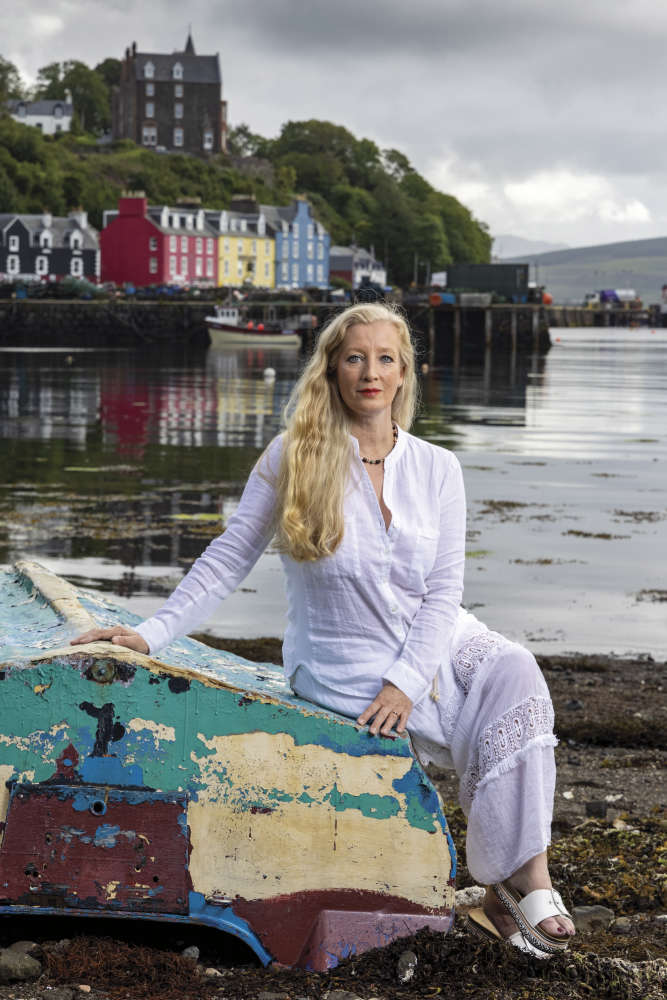 All photos by ROBERT PERRY