The Devil in Sussex 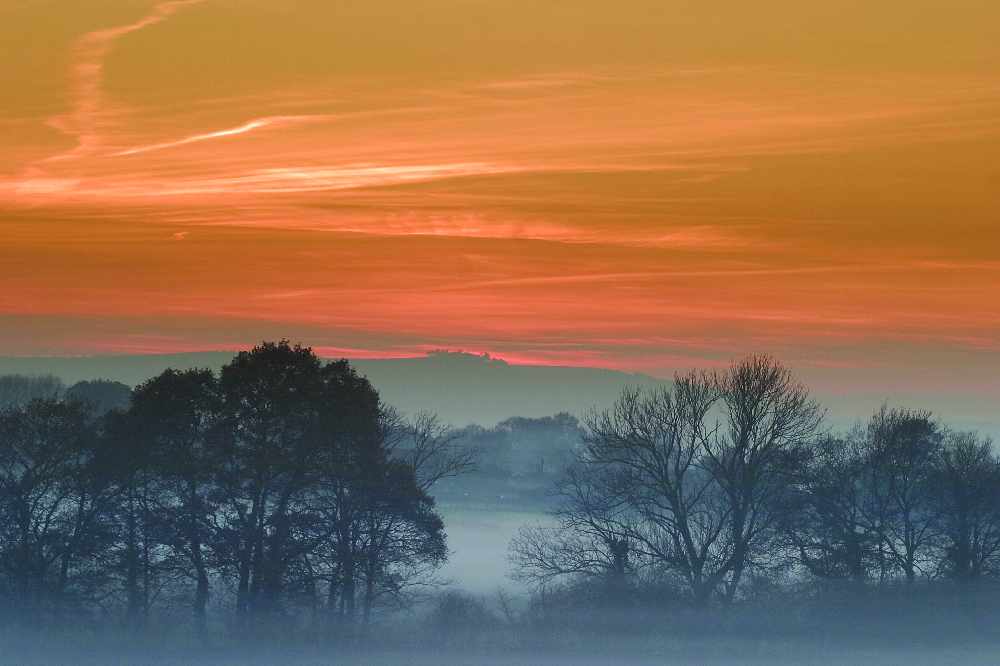 The Devil has been a frequent visitor to Sussex for many years, trying as he might to thwart the development of Christianity.

If legend is to be believed, the Devil has been engaged in guerilla warfare against the advent of Christianity in Sussex for many centuries.

Initially, Sussex was slow to adopt Christianity; as its muddy roads, dense woodland and marshes made access to the county difficult for visiting evangelists.

However, once the locals converted from Paganism, it spread rapidly – much to the devil’s disgust.

There are many colourful accounts of the Devil’s activities in Sussex. His famous conflicts with St Dunstan appear in several local legends.

The Devil’s Dyke on the southern outskirts of Poynings, is rumoured to be where both he and his wife lie buried.

The northern entrances to several churches around the county are known as the Devil’s Door – outside which some superstitious Sussex folk believe Satan will be waiting for them.

Sussex men have recklessly challenged the Devil to contests. Others have forged Faustian pacts with him, often with their souls at stake.

The Devil, or Satan to his friends, also goes by a number of sinister names in Sussex, amongst which are Old Nick, Old Scratch, Old Harry, Poor Man, Naughty Man and Mr Grimm.

Sussex Mummers generally refer to him as Beelzebub in their plays. His wife is sometimes known as Dame Dark.

Satan tended to show his disapproval of Christianity by leaping from place to place, tearing up chunks of the countryside and throwing them about, as well as mischievously moving churches from one location to another.

The Devil’s Dyke apparently came about as a result of his attempt to drown the inhabitants of the Weald by digging a channel inland from the sea through the South Downs. 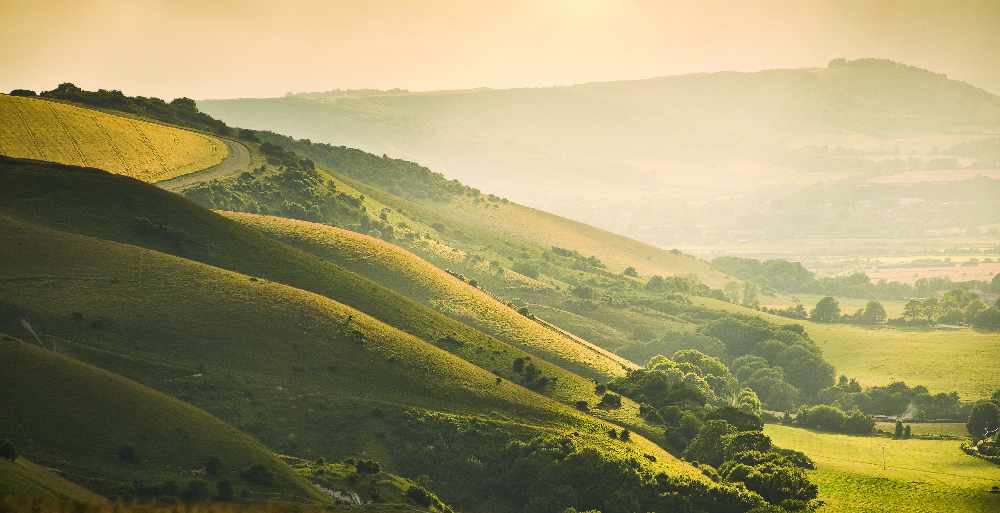 The earth he removed became local landmarks such as Cissbury Ring, Chanctonbury Ring and Rackham Hill.

Fortunately, a vigilant old lady spotted his antics and fooled him into thinking that dawn was breaking – thereby foiling his efforts.

Rumour has it that anyone who runs seven times round his grave at Mount Caburn will prompt his reappearance.

Other nearby examples of his earthmoving endeavours include the Devil’s Punchbowl in Surrey, Torberry Hill near Harting and even the Isle of Wight.

It could be argued that Satan’s greatest human nemesis was St Dunstan, the tenth century blacksmith and Archbishop of Canterbury.

Most of the skirmishes between these two legendary foes seems to have taken place in the picturesque village of Mayfield.

Perhaps the most famous of these encounters happened while Dunstan was working at his forge.

The Devil appeared, disguised as a comely maiden, and tried to tempt the holy man.

Dunstan spotted the cloven hooves beneath his dress and grabbed Satan’s nose with his red-hot tongs.

On another occasion, the Devil threatened to destroy all the houses in Mayfield.

Dunstan persuaded him to spare any buildings with horseshoes hanging outside – an unusual decorative feature back in those days.

The Devil agreed and, in the nick of time, Dunstan managed to nail horseshoes to every house.

Undeterred, the Devil began to shift the village’s newly-built wooden church off its axis, which Dunstan was forced to rectify several times.

When the Normans replaced it with a new stone church, the Devil made a number of attempts to hamper its construction.

The Devil continued to do everything in his power to prevent the building of new churches.

He even stole the steeple from Brookland church, on Romney Marsh in Kent. St Dunstan again caught up with him and, using his celebrated tongs, forced him to abandon the steeple somewhere near Hastings.

After each devilish encounter, Dunstan habitually cooled his tongs in local springs; lending the waters their health-giving chalybeate content.

Across the ages, Satan has used several different methods of interfering with churches; by moving them to inaccessible locations, purloining building materials or trying to set them on fire. However, most of his efforts have been thwarted.

It is believed that the Devil hid buried treasure in a couple of places in Sussex, notably at the Trundle hillfort near Goodwood and the barrows at Clayton Hill just north of Brighton. As yet, no one has succeeded in unearthing it.

It’s always a risky business entering into a pact with the Devil, but a smuggler named Mike Mills once beat him in a foot race through St Leonard’s Forest near Horsham, saving his soul in the process.

A poacher from Northchapel was less fortunate; he refused to go home after a night of heavy drinking in the village inn, shouting “May the Devil burn me if I do.”

When the landlord opened up the pub in the morning, he encountered a large pile of black ash smelling strongly of brimstone.

Mad Jack Fuller, the eccentric Georgian squire of Brightling, tried to keep the Devil out of his tomb by having broken glass sprinkled on the floor.

Nevertheless, it is believed that running backwards around the tomb seven times will summon the Devil, or possibly the ghost of the squire himself.

Around the country, there used to be a tradition of rising early on Easter Sunday to watch the sun dance in celebration of Christ’s resurrection.

In Sussex it is said that the Devil always manages to frustrate this custom by placing hills, trees or clouds in the way.