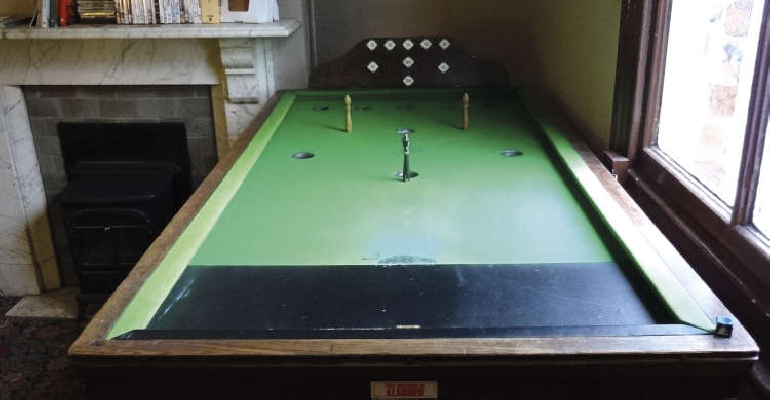 Before the advent of computer games, we British kept ourselves amused with more home-spun hobbies, sports and pastimes – many of which centred around the local pub. Peter d’Aguilar investigates an easy to learn, entertaining game, involving cue action, strategy, mathematics, balls and pegs... called bar billiards

Another fading pub staple is bar billiards. While cue sports such as snooker and pool became popular in the nineteenth century and traditional three-ball billiards much earlier, bar billiards only surfaced in England in the 1930s. Originally a Russian game, bar billiards came to these shores via France and Belgium. As with all cue sports, it involves striking a ball, originally made out of ivory but nowadays from a combination of resin and plastic, with a long thin tapering stick fashioned from ash or maple called a cue. Unlike its older relatives, bar billiards involves scoring points by potting balls into holes on the playing surface of the table, rather than into pockets around the periphery.

All shots are played from the front end of the table, towards the nine holes on the playing surface, each of which are assigned various point values ranging from 10 to 200. There are seven white balls and one red ball. Potting a white ball scores points as marked on the table, potting the red ball scores double. Three mushroom-shaped pegs are positioned on the playing surface. If these are knocked over, the player loses points. Each game is timed to last for 15 to 20 minutes after which a bar drops to prevent potted balls being returned to play. Once the remaining balls are potted the game is over and the winner is the player with the most points.

As the game is only played from one end of the table, a bar billiards table requires far less space than a traditional pool table.

Competitive bar billiards leagues exist in Sussex and the world championship takes place each November on the island of Jersey. Male players from Sussex have claimed the title ten times since its’ inception in 1981. 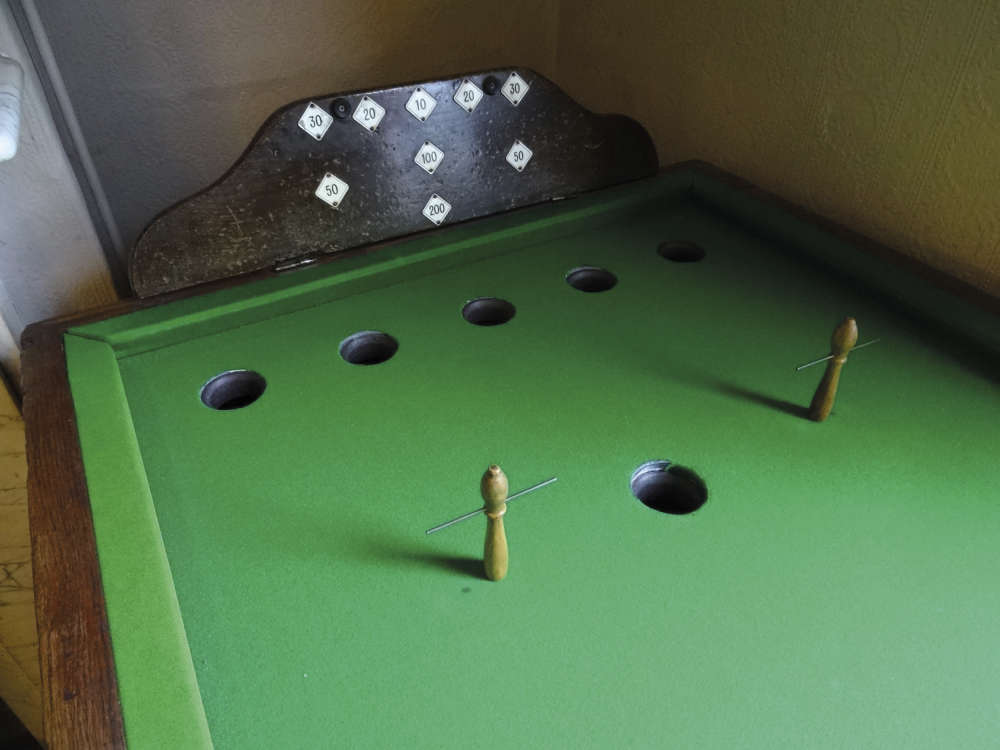