Jack's Back For More: The Art of Jack-O'-Lanterns 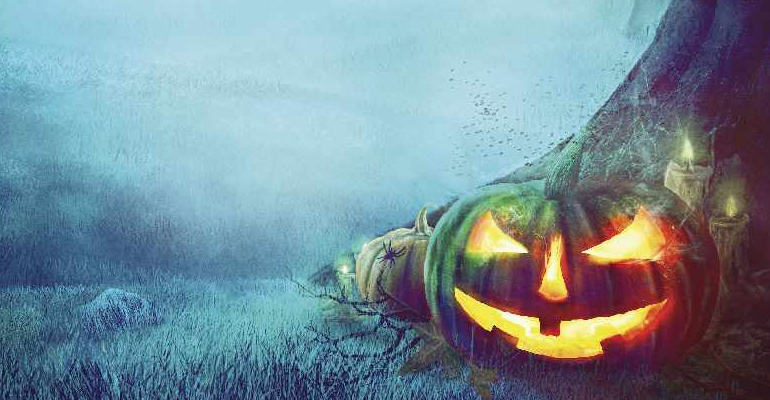 As Halloween approaches, Robert Veitch delves into his memory banks and encyclopaedias to discover a little more about jack-o’-lanterns

As a small child growing up in the 1970s, my distant memories of jack-o’-lanterns began with re-runs of the rather wonderful 1966 cartoon It’s the Great Pumpkin, Charlie Brown.

My first lantern was hollowed out the year I left primary school. Pumpkins weren’t so plentiful then so I used a marrow and became transfixed by the candlelight shimmering through my creation under the moonlight. My three sisters peered out from indoors, called out ‘marrow man’ and laughed. I was crushed.

Cartoons and ginormous courgettes aside, Jack of the lantern’s origin is one of myth and legend. Apparently, Jack was a lazy blacksmith and trickster who trapped the Devil with a cross, stripping him of his powers in the process. Once the Devil agreed not to take Jack’s soul after his death, he was released from the trap. As a trickster and sinner Jack couldn’t enter heaven after he died, and his agreement with the Devil meant he would not enter hell. To light his way though eternity in limbo, the Devil tossed Jack a burning ember which he placed in a hollowed out turnip. Jack of the lantern and his soul still search the Earth for a final resting place.

Jack-o’-lanterns are traditionally seen at Halloween, itself a key element of the Christian Hallowtide Triduum, along with All Saints Day and All Souls Day. Placed outside front doors, they were thought to be a way for people to protect themselves from evil spirits. In the past gourds, mangelwurzels, turnips and pumpkins were all popular, but in recent times pumpkins have become the vegetable of choice.

At my cousin’s farm in Ontario, Canada, pumpkin fields stretch across the plains into infinity and beyond, grown just for Halloween.

The grotesque faces found on jack-o’-lanterns, originally carved into them to ward off evil spirits, have advanced to an elevated art form in recent years. These elaborate images are light years ahead of Charlie Brown and ‘marrow man’ from my childhood.

Modern protocols suggest that if you leave a lit jack-o’-lantern outside your front door, then expect the doorbell to ring on Halloween.

Whether it’s kids at the door dressed in an old white sheet and a Donald Trump mask, or the Devil himself beckoning you to the underworld, is something you’ll only discover by peering out from behind your net curtains!