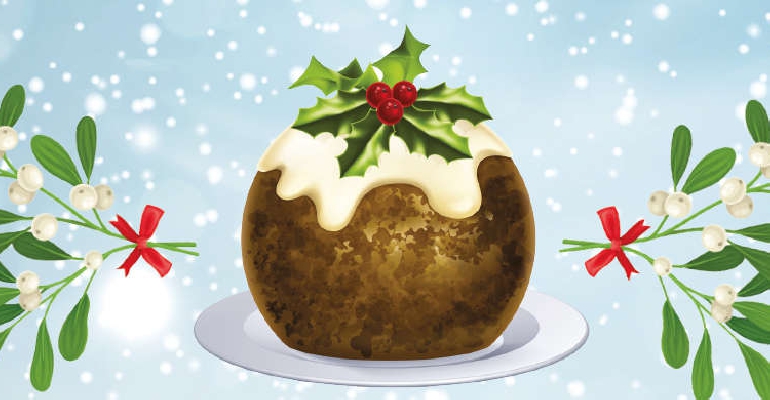 If you’ve ever wondered how some seasonal things came to be and how some traditions started out then let our rosy-cheeked, sherry quaffing, man in the sleigh, Peter d’Aguilar, guide you through a few festive did you know’s…

The word Christmas is a contraction of ‘Christ’s Mass’, derived from the Middle English Cristemasse – which in turn comes from the Old English Cristesmæsse. The first Christmas celebrated in Britain is believed to have been in York in 521 AD. Many theologians reckon that Jesus wasn’t born on December 25th, but sometime in September – somewhere between 6 BC and 30 AD.

Boxing Day doesn’t have anything to do with the noble art of self-defence – it takes its name from the tradition amongst rich people of boxing up gifts to give to the poor. It also derives from the money collected in church alms-boxes and distributed around Christmas time.

Many people like to start their Christmas celebrations by attending a midnight mass church service on Christmas Eve. It is believed that this tradition started in the 5th century AD under Pope Sixtus III. By the twelfth century it had become widely popular. Today, the flagship midnight mass for Catholics is celebrated at the Vatican, with around 15,000 people gathering at St Peter’s Basilica to hear the Pope’s Christmas message. Amongst the most famous settings for midnight mass in London are the services at St Paul’s Cathedral and Westminster Abbey. Notre Dame in Paris also traditionally hosts a midnight mass service, with bells pealing out to mark the occasion. Perhaps the most apt location is the one in Manger Square, Bethlehem – the birthplace of Jesus.

The arrival of the three wise men at the birth of Jesus is another essential element in the Christmas story. Curiously, though, only the gospel according to St Matthew refers to magi, kings or wise men coming from afar – and he never mentions specifically that there were three of them, only that they brought three gifts of gold, frankincense and myrrh. Even their names –Caspar, Melchior and Balthazar – were added as an afterthought by later scholars.

English civil servant and innovator Sir Henry Cole has forever left his stamp on Christmas. In 1843, while working on postal reform in London, he commissioned artist John Calcott Horsley to design the world’s first commercial Christmas card – as  part of a campaign to popularise the new Uniform Penny Post. The first  illustration featured a festive family Christmas gathering, but robins soon became a popular feature on Christmas cards because Victorian postmen were known as ‘robins’ due to their red tunics. Early examples are highly collectible – in 2001 one sold at auction for over £22,000. 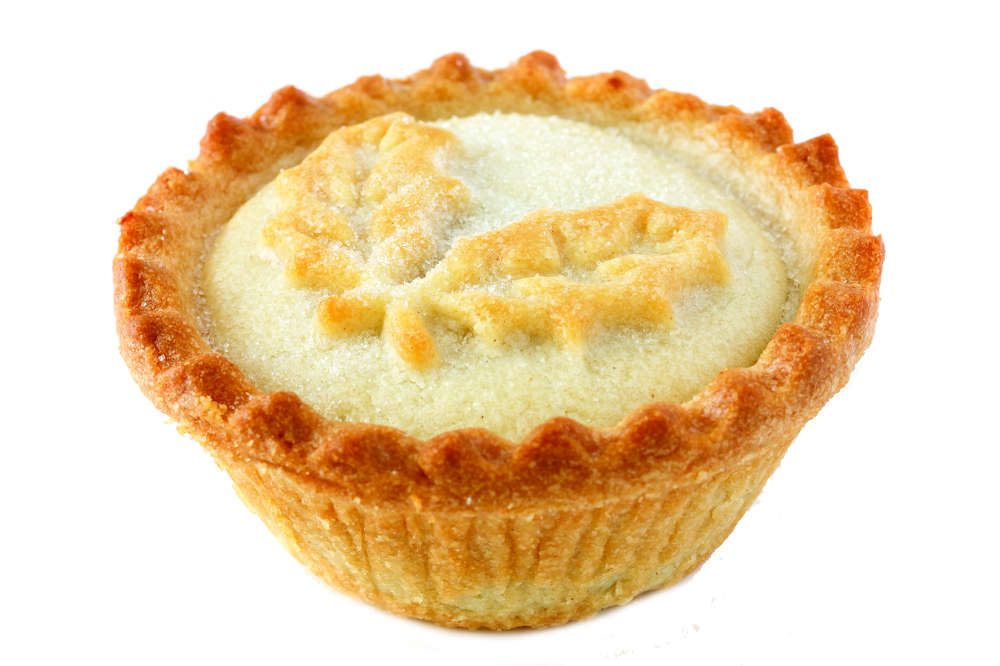 Father Christmas hasn’t always dressed in red. Prior to the 1930s he was pictured sporting a variety of different-coloured outfits, ranging from large to small in stature and girth. A red-suited  Santa Claus became popular in North America during the 19th century, as a result of cartoonist Thomas Nast’s illustrations. Coca-Cola adopted this popular depiction of a rubicund Santa in 1931. Tracing his origins back to St Nicholas, an early Christian bishop of Greek descent, Father Christmas or Santa Claus is known by many different names around the world. In Germany he is Kriss Kringle, Père Noël in France, La Befana in Italy, and Dedushka Moroz (Grandfather Frost) in Russia.

Rudolph, Santa’s red-nosed lead reindeer, made his first appearance in 1938 – starring in an American department store’s Christmas promotion. His role as leader of the reindeer team pulling Father Christmas’ sleigh on Christmas Eve has become a popular part of Christmas folk law. Donner, Blitzen, Dasher, Dancer, Prancer, Vixen, Comet and Cupid are his antler wielding companions in the sleigh team.

For a Christmas to be officially classified as ‘white’, a single snowflake needs to be spotted falling on the rooftop of the Met Office in London on 25th December. This only happened seven times during the 20th century. Bookmakers estimate a 17% chance of a white Christmas in London this year. Bing Crosby’s White Christmas is the bestselling Christmas single ever, shifting over 50 million copies worldwide since 1942.

According to tradition, it is good luck to eat a mince pie on each of the 12 days of Christmas. However, it is still technically illegal in England to eat mince pies on Christmas Day. In the 17th century, notorious spoilsport Oliver Cromwell banned Christmas pudding, mince pies and anything to do with gluttony. The law has never been officially rescinded.

On Stir-up Sunday, the last Sunday before Advent, families traditionally gather together to mix and steam the Christmas pudding. Everyone takes a turn to stir the pudding mix and make a special wish for the year ahead. 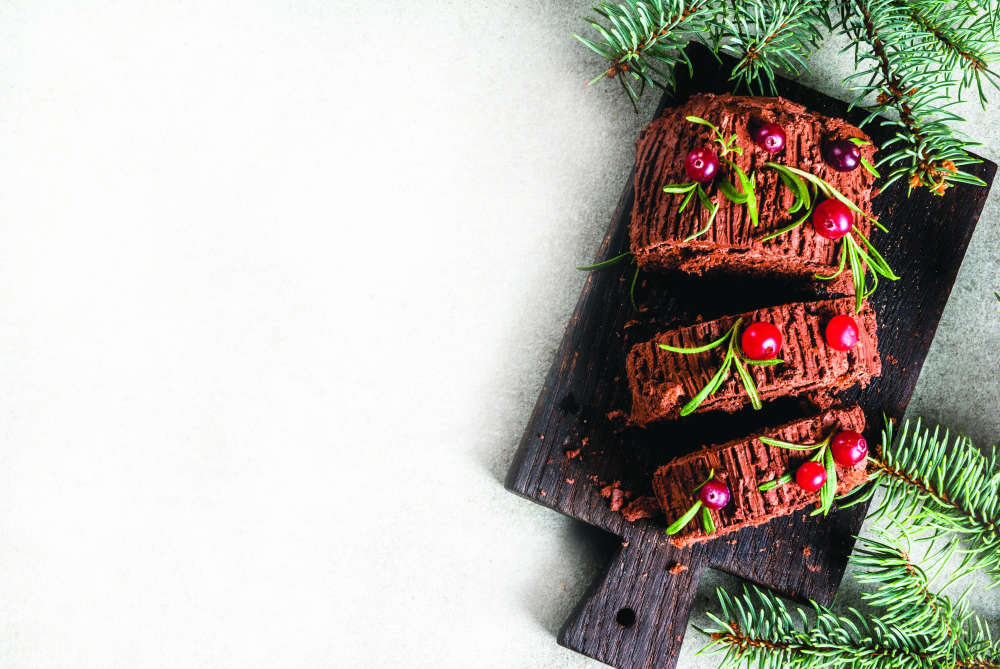 The Yule Log was originally an entire tree, burnt over the 12 days of Christmas. A Chocolate Yule Log consisting of a chocolate sponge roll layered with cream is now a popular Christmas dessert. The outside is covered with dark chocolate and decorated to look like a bark covered log.

Around 8 million natural Christmas trees are bought each year in Britain – with natural trees outselling artificial trees by  a ratio of 3 to 1. Many parts of the Christmas tree are edible – the needles are a good source of Vitamin C. Christmas trees usually grow for about 15 years before they’re sold and, on average, three Christmas trees are planted to replace each one harvested. The most expensively-dressed Christmas tree, valued at just under £7 million, was displayed at the Emirates Palace in Abu Dhabi in 2010.

Hanging out stockings stems from the Dutch custom of leaving shoes packed with food for St Nicholas’s donkeys. He would leave small gifts in return. The largest ever Christmas stocking measured 32.5m long and nearly 15m wide.

Mistletoe is derived from the Anglo-Saxon word misteltan, literally meaning ‘little dung twig’ – as the plant seeds can be spread through bird droppings.

London confectioner Tom Smith created the first Christmas crackers  in 1847, based on the design of a sweet wrapper. By 1900, he was selling 13 million a year. The largest Christmas cracker – 45m long by 3m wide – was pulled in 1991 in Australia.

And if the commercial side of the season becomes a little overbearing, spare a thought for the words of Mother Teresa. “It’s not how much we give, but how much love we put into giving.”