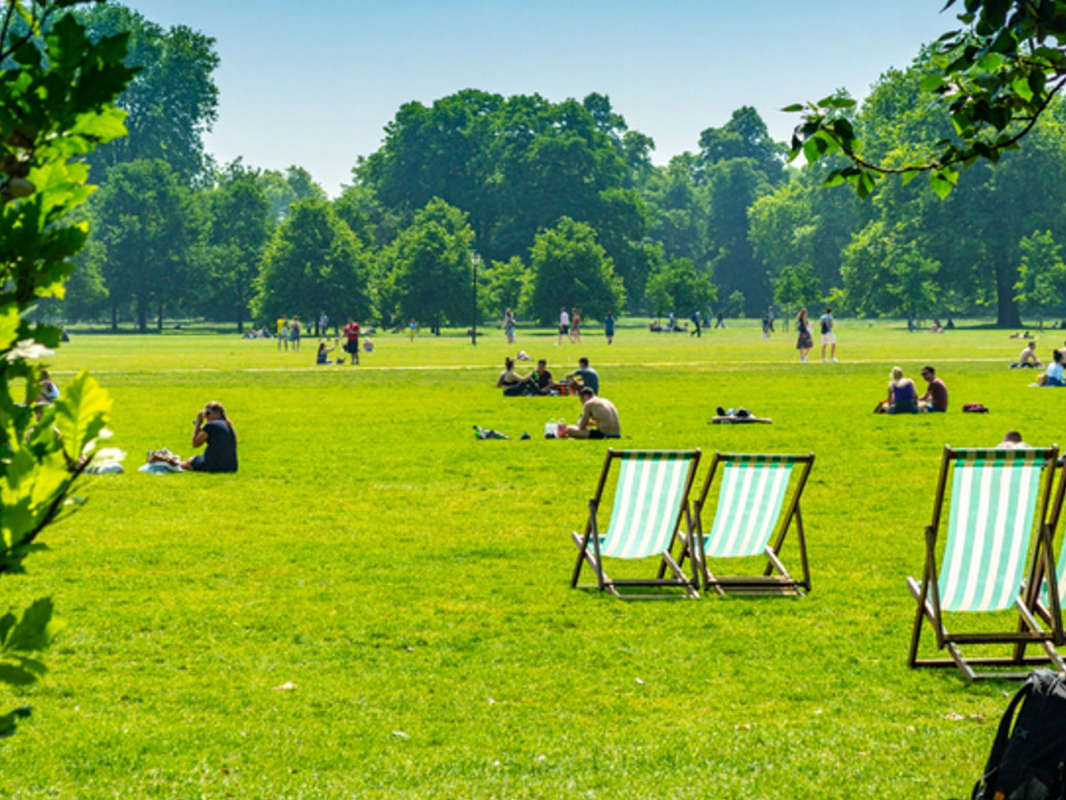 A heatwave could hit the UK from mid-May - with temperatures reaching 23C (73.4F) in the south, according to the Met Office.

It's set to become "very warm" and there is a small chance of temperatures peaking in the mid-20s later this month, said senior operational meteorologist Marco Petagna.

A heatwave is defined as three consecutive days or more of a certain temperature threshold being reached or exceeded, said the forecaster.

It comes after an April during which average maximum temperatures were generally above normal and the UK had around a third less rain than normal, according to a Met Office blog.

Southern England was especially dry, with just 36% of its average rainfall. 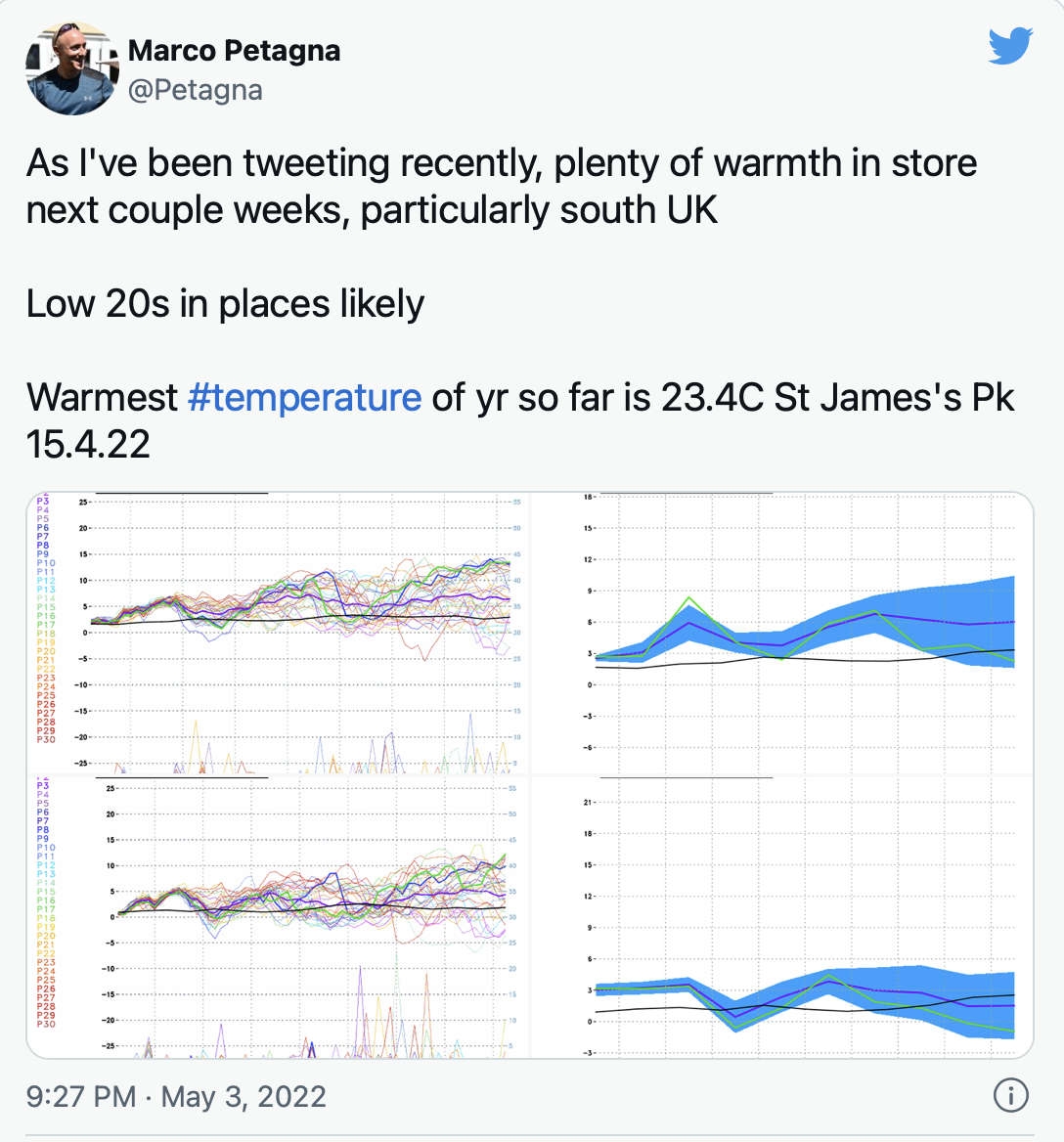 Temperatures will drop a few degrees today, but 20C (68F) is still expected in southern and eastern England, while the weekend is also shaping up to be dry and warm as high pressure dominates.

"Temperatures are several degrees above where they should be at this time of year," said Mr Petagna.

The UK's hottest day so far this year was Good Friday, when 23.4C (74F) was recorded in St James's Park in central London.