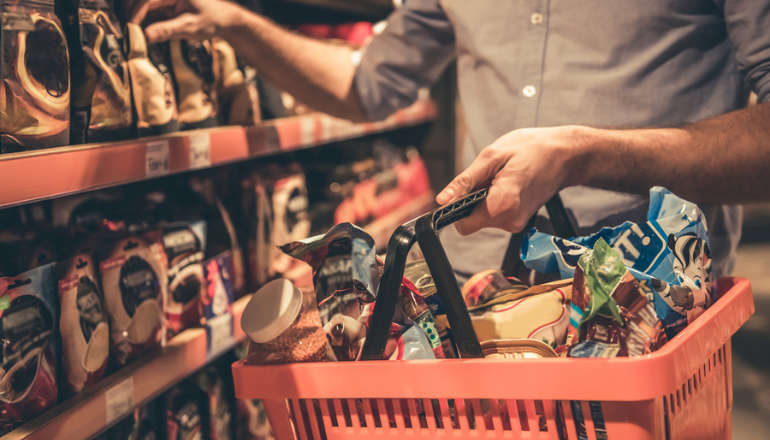 Aldi has beaten rival Lidl in being crowned the cheapest supermarket of 2022.

Consumer group Which? tracked hundreds of thousands of grocery prices across the UK's eight major retailers.

It found Aldi was the best value for seven months in a row, with a basket of 48 items costing an average of £81.63 in December.

Waitrose was named the most expensive, typically setting customers back £112.62 for the same items.

The average price of an Aldi basket went up by £6.03 between September and December.

Which is the cheapest supermarket?

Based on a basket of 48 popular items 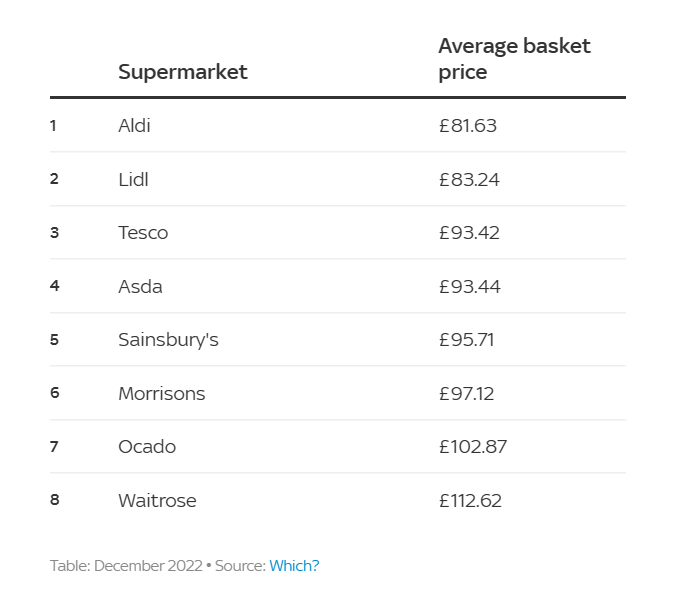 In a wider analysis, Which? also compared the cost of a larger trolley of 149 items at Tesco, Asda, Morrisons, Sainsbury's, Waitrose and Ocado.

This included a greater selection of branded goods, such as Cathedral City cheddar and Andrex toilet paper, which are not always available at Lidl and Aldi.

Within this, Asda was found to be the cheapest supermarket, with the trolley load of goods costing an average of £355.62.

Waitrose was the most expensive in this comparison as well, with the average trolley cost recorded as £406.95.