Warmer Swims By The Sea, A New Puffin Trail And An Ancient Spa – Where To Go In The UK In 2022 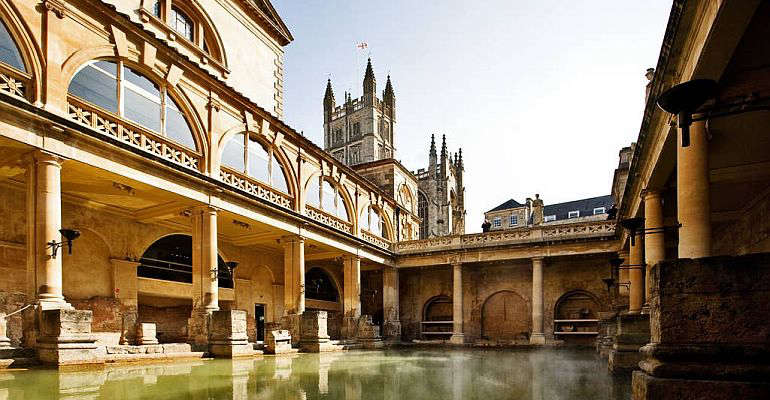 From revamped Roman Baths to virtual pop concerts, exciting new attractions are set to open in the UK this year...

With so much put on hold for the last couple of years, postponements and cancellations have been commonplace. But despite Omicron’s best efforts to halt our winter plans, there are still plenty of reasons to be optimistic and look forward to better times ahead in 2022.

New events, attractions, venues and exhibitions are planned to launch in the coming months, giving more people more reasons to holiday closer to home next year.

There will be chances to delve into the past by exploring historic sites or get a taste of the future with high-tech laser shows. Here are some highlights to plan for.

Beloved by the Romans, one of England’s greatest historical attractions has been given a new lease of life with an ambitious project due for completion in the spring.

Free to enter, a World Heritage Centre in York Street will provide tourists with an introduction to Bath, while a light and sound show will recreate the ancient spa experience in a revived ‘gym’ and ‘laconicum’ – now open to visitors.

Later in the year, restoration work at Bath Abbey will be unveiled. Along with a multi-million investment to save the building’s historic flooring from collapse, work has been focused on launching a new Discovery Centre to teach visitors about the former Benedictine monastery.

The story behind the world’s saddest cruise

The mystery of the Titanic’s final voyage is undoubtedly one of the world’s most tragic and unexplained tales. Setting sail from England to New York in April 1912, the ocean liner sank after striking an iceberg in the North Atlantic.

The story of those who lost their lives is told through photographs, handwritten letters and personal keepsakes, displayed as part of Titanic The Exhibition. Held in Dock X in London’s Canada Water, the show features life-size recreations of the ship’s interior – including a luxurious first-class suite – and 200 objects never before put on display.

Demonstrating why they really are pop music’s Super Troupers, iconic Swedish band ABBA stunned the world by announcing a reunion after 40 years apart.

Tickets for Voyage, opening at the end of May, can be booked now. From £31.95. Visit abbavoyage.com.

With foreign travel off limits for so long, the British seaside enjoyed a revival during the pandemic. Although some hardy souls have continued their daily dips in the sea, not everyone is willing to brave the chilly temperatures.

Opening in summer 2022, the new Sea Lanes in Brighton will provide a happy compromise, allowing swimmers to enjoy coastal views from a 50metre heated pool.

A handy entry point for anyone who wants to test open waters, the site –  the first of its kind in the UK – will offer open water swimming events, triathlon, sea safety and lifeguard courses.

On the trail of iconic birds

Declared a puffin paradise, thanks to its cliffside breeding birds, East Yorkshire celebrates one of the world’s most charismatic winged wonders with a trail of 40 giant puffin sculptures.

Launching in May 2022, the Puffins Galore! public trail will run through Bridlington and Hornsea.

Anyone wanting to see the species in their feathery form should head to Bempton Cliffs Nature Reserve and the Flamborough Headland, regarded as one of the best places to see puffins in the UK during breeding season (April to July).