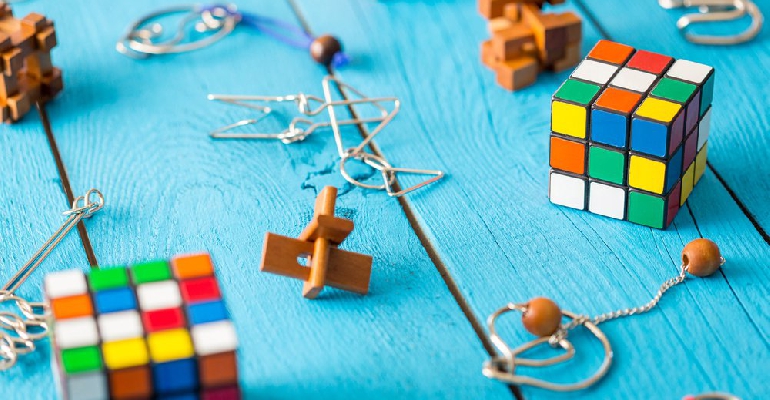 Enjoying the sunny weather and want to test your mind while relaxing? Have a go at these fun riddles and then click for the answers at the end!

1. I ride into town on Wednesday and spend three nights in town. I then ride out of town on Thursday. How can this be?

2. In the height of summer, a sea captain sets sail on a long voyage, but is caught in a nasty storm and is shipwrecked on a desert island. The only survivor, he spends months stuck on the island alone, until he finds a way off.

How does he get off?

3. I head to see the only two barbers in town for a haircut. The first of the two has slick and shiny hair combed lovely. The other's is in clumps and wisps. Which of the two do I choose for my haircut?

4. I've got a grandfather clock which currently shows 3.30pm on the hands, but I want it to show midnight. What is the minimum number of places I would need to touch for the clock to show midnight?

What is the minimum number of seconds it could take for the older brother to catch up to his younger brother?

If the second eldest girl is nineteen years old, how old am I?

Assuming no voters changed their allegiance, how many candidates out of the three still have a chance at winning the election?

Which route should you take?

9.  Two people are chatting at work while using their computers.

The conversation doesn't seem to make much sense. See if you can work out the five-letter word that goes in the place of the '?????'.

10. These four people (A, B, C and D) live on different floors of this apartment block. Can you work out from their comments which floor they each live on?

B: 'I live on the seventh or eight floor.'

C: 'I live on an odd-numbered floor.'

D: 'The floors we each live on are an equal distance apart.'

You need to be logged in to the club to submit this form. Log in or Sign up.
© Sussex Living and Aiir 2023 | Unit 4 Regent Business Centre, 6 Jubilee Road, Burgess Hill, West Sussex, RH15 9TL
On Air