WINNERS ANNOUNCED: Win A Pair Of Tickets To Around The World In Eighty Days 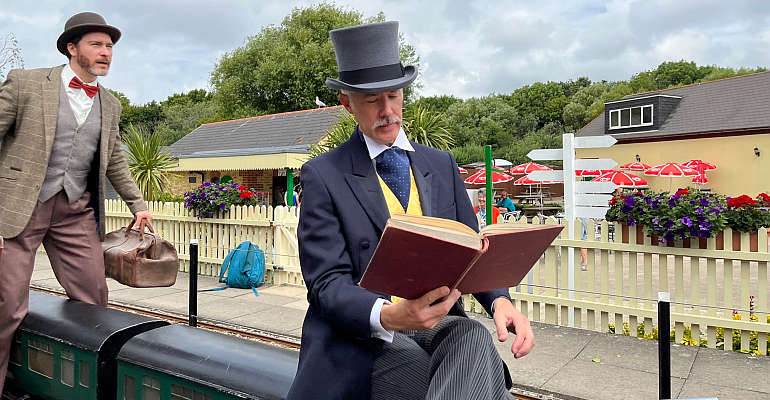 We've got FIVE pairs of tickets to give away to witness this worldly adventure at Eastbourne's Devonshire Park Theatre!

The countdown is on for the theatre event of the season! The brand-new re-telling of Jules Verne classic, Around the World in 80 Days, is at the Devonshire Park Theatre, Eastbourne this summer from 5 to 27 August, presented by the team behind Eastbourne’s beloved pantomimes and The 39 Steps!

The cast includes Nicholas Maude as Phileas Fogg. Nicholas has enjoyed huge success in musical theatre on both London's West End, including The Phantom of the Opera, The Sound of Music, Tess of the D'urbervilles, and The Bodyguard. 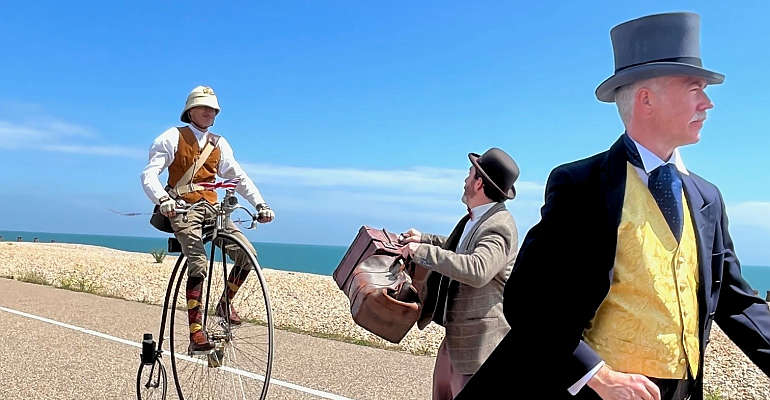 Ben Cutler takes the role of French ex-circus performer Passepartout. A hugely accomplished actor, Ben has enjoyed many great parts, including in War Horse at The National Theatre, while TV credits include Warren in EastEnders earlier this year.

Ben Roddy is the gloriously incompetent Inspector Fix. A great comedy actor, this part is perfect for Ben, who has appeared in a number of productions at the Devonshire Park including Boeing, Boeing and Don’t Dress for Dinner. Freny Nina Pavri will complete the travelling companions as Mrs Aouda, international actress and musician. The cast is completed by Harry Hart, James Cooney and Hannah Boyce, who take on the other 99 or so roles.

Buckle-up as six trains, six boats, four fights, two dances, one sleigh ride, a storm, a circus and an elephant take to the Devonshire Park stage in this uproarious and exciting re-telling of the Jules Verne classic. They said it was ridiculous, they said it couldn’t be done, but Phileas Fogg is fabulously determined as he wagers his whole fortune on the seemingly impossible: to circumnavigate the world in just 80 days! 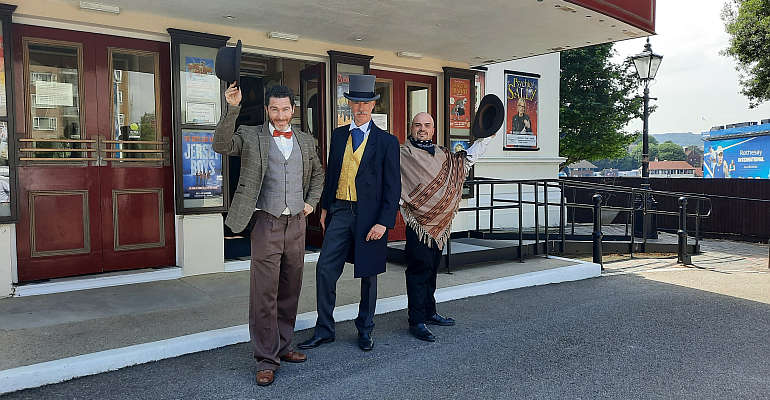 We've now got five pairs of tickets to offer our Hidden members to attend a show of your choice up until Saturday August 27. To be in with a chance to win a pair, all you need to do is comment below, telling us what your favourite country in the world is and why! We'll then pick our favourites and, as ever, post the winners right here!

The competition closes on Sunday August 7 - best of luck!

Around the World in 80 Days is on at Devonshire Park Theatre, Eastbourne from Friday 5 to Saturday 27 August, nightly performances 7.45pm (Tuesday – Saturday) and Wednesday and Saturday 2.30pm matinees (excl. 3 August). Book best seats now, see eastbournetheatres.co.uk or call 01323 412000, tickets from £21 with great offers for OVATION members and concessions available. Make a date and don’t miss this theatrical voyage into fun!