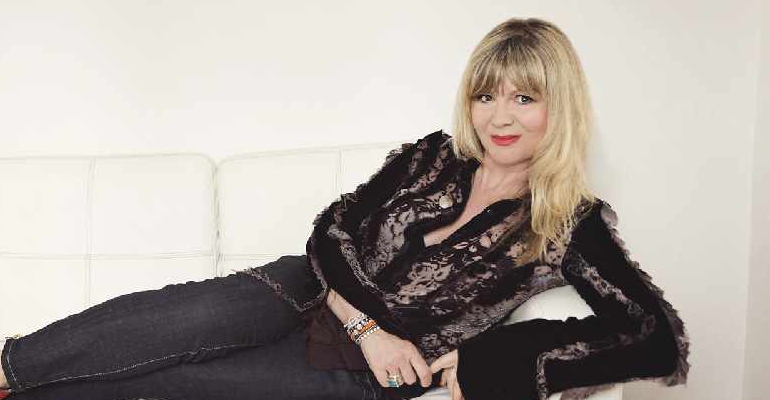 Would your life be better physically and emotionally without alcohol? That’s proved to be the case for Janey Lee Grace. Having been concerned about the amount she was drinking, Janey ditched the booze three years ago. She regaled Lisa de Silva her story, along with the joys of living alcohol-free

With a lifelong interest in all things holistic, Janey is a mine of information on living a natural lifestyle and even wrote a book on the subject, Imperfectly Natural Woman. “I’ve always joked I’m a more realistic Gwyneth Paltrow, but my drinking was always the elephant in the room. I always laughed about being totally natural, while still loving my big glass of Sauvignon,” she explained.

Perhaps best known as a regular on Steve Wright in the Afternoon on Radio 2 and The Wright Stuff on Channel Five, Janey began her career in the music industry as a backing singer with Wham! Now married with four children, it was when the children were young that her drinking really ramped up. “I bought into that whole ‘mummy wine’ culture. I was exhausted, working hard and looking after the kids and started to use alcohol as a treat. It was my adult time. I wasn’t doing anything unusual, it was what most people did,” she noted.

Gradually though, Janey began to feel that her health was suffering. She felt bloated, tired and was regularly waking up  at 3am with a sense of panic. “I think it was my unconscious mind saying to me that something is wrong here – that all this drinking just doesn’t fit with who you are.”

At the time, Janey described herself as a grey area drinker. She wasn’t alcohol dependent, being able to stop for periods of time, while pregnant or ‘detoxing.’ Yet during periods of abstinence, the focus would always be on when she could get back to drinking again. Yet all that changed in December 2017, when Janey was given a copy of The Sober Diaries by Clare Pooley, to read over Christmas for Radio 2.

“I left it a while before reading it because I just knew it would have an impact on me and when I did start reading it, the book was very relatable,” confided Janey. Written by a mum whose drinking had also ramped up, Janey recognised herself in Clare’s distress and all the reasons why she needed to stop.

The big difference for Janey was reading about the benefits of ditching booze and how much better Clare’s life was without alcohol. “That was the key for me. I’d never come at the problem from that perspective. In the past I’d just been white knuckling it until I could have a drink again. Clare’s book made me sober curious – could my life be better physically and emotionally without alcohol?”

Not one to make life easy for herself, Janey stopped drinking on December 30th 2017, initially embarking on dry January and then setting herself a target of staying sober for 100 days. Since then, she has never looked back and while it hasn’t always been easy, the driving force was Janey’s changed mindset. “I’d caught sight of a completely changed life and everything being better,” she told me. “But it was extremely tough and really quite miserable for most of the first six weeks because I didn’t prepare to quit properly. I now realise what I could have done to make the transition smoother for myself.”

Janey suffered with poor sleep, leg cramps and skin problems. In the past, she would have reached for a drink but without that option, confessed she often felt utterly miserable. What kept her going were the moments where she could gradually see aspects of her life improving, “Everyday something got better.” 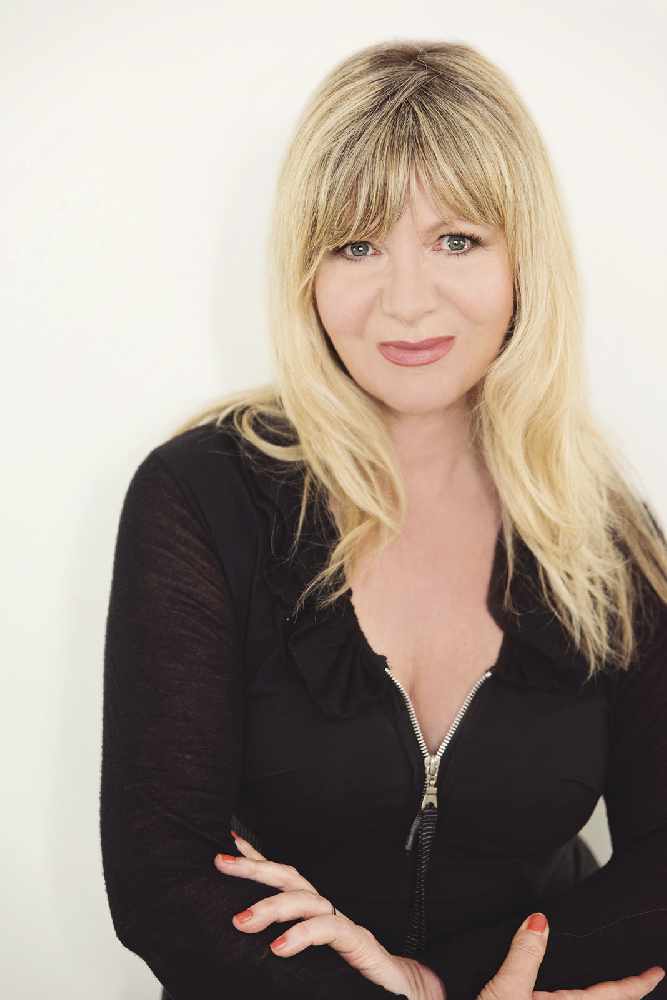 Such was the positive impact of living alcohol-free, Janey founded The Sober Club, to introduce people to the joys of sobriety and help them make the transition as smooth as possible using all the lessons she has learnt along the way. The website has lots of valuable tips and strategies, with the options for membership and one-to-one coaching from Janey herself.

For the sober curious, Janey suggests exploring the role that alcohol currently plays in your life. So, when you reach for a drink, ask yourself what feeling are you trying to create. “I used to think of wine as self-care,” she laughed. “But it’s not that toxic liquid that we want, we want the feeling that it gives us. When you get your head around that, the penny finally drops and you realise  there are healthier ways of getting that feeling that won’t end up killing you.”

While the actual physical effects of alcohol leave your body within a few days, it’s this change in mindset that is key to long term success. So, explore the role alcohol plays in your life and focus on other ways you can fill that role and create the feelings that you’re looking for when you drink.

Self-care is another crucial element during the early days of sobriety. Janey encourages her clients to see this period as recovery time, to eat really well, read ‘quit lit’ to motivate you and connect to others so you can share your journey. “One of the biggest things is connection. You have to get connected with other people because you’ll find all the issues that come up for you, have come up for others. So, in the early weeks when I was getting leg cramps, someone could have suggested I try a magnesium bath.”

“I’d also suggest people keep a gratitude list and write down all the little changes and things you’re grateful for. If it’s tough in the early days just push through and if you need to go to bed at 7pm, who cares? Over time you will become so much more resilient.”

And when it comes to those occasions which are synonymous with alcohol, like special occasions, meeting up with friends or just sharing a bottle with a partner, Janey’s advice is to, “Keep the ritual. Change the ingredients.” Ensure you don’t feel deprived by pimping up an alcohol free drink of your choice, with a beautiful glass, crushed ice and berries. “Becoming sober would have been much harder ten years ago,” Janey admitted. “But today you no longer have to sit there with your sad little orange juice or coke. You can have a fantastic artisan tonic, alcohol-free beer, wine, sparkling wine, cider or mocktail. There are also artisan botanicals for former spirit drinkers. It’s brilliant, there’s so much choice.”

While life has improved in every way for Janey, she has two major bugbears. One is sober shaming. “Drinking is so ingrained in our culture that you’re often considered ‘odd’ if you don’t drink. I would love to live in a world where it’s as normal not to drink as it is to drink. It would be great if it was just like being a vegetarian. Having said that, I think things are changing among the younger generation and they are drinking less.”

The second issue involves the issue of grey drinkers. Like most people, Janey was not alcohol dependent but had broached the subject of her drinking on various occasions during visits to her GP. “Whenever I felt confident enough with my GP, I might say at the end that I was a bit concerned I might be drinking too much. GPs should realise that it takes a lot for someone to say that and alarm bells should ring.” Yet in her experience, after a brief discussion about consumption levels, most GPs will class the amount as normal and recommend trying an alcohol-free day or limiting your intake in some way. “People in this situation need help, not a doctor’s permission to carry on.”

If Janey has awakened your sober curiosity and inspired you to ditch the booze, do check out The Sober Club and her podcast Alcohol-Free Life. Janey also has a new book out, Happy Healthy Sober on February 11th. As Janey pointed out, “Every day gets better. Literally everything improves over time – your physical, mental and emotional health.” 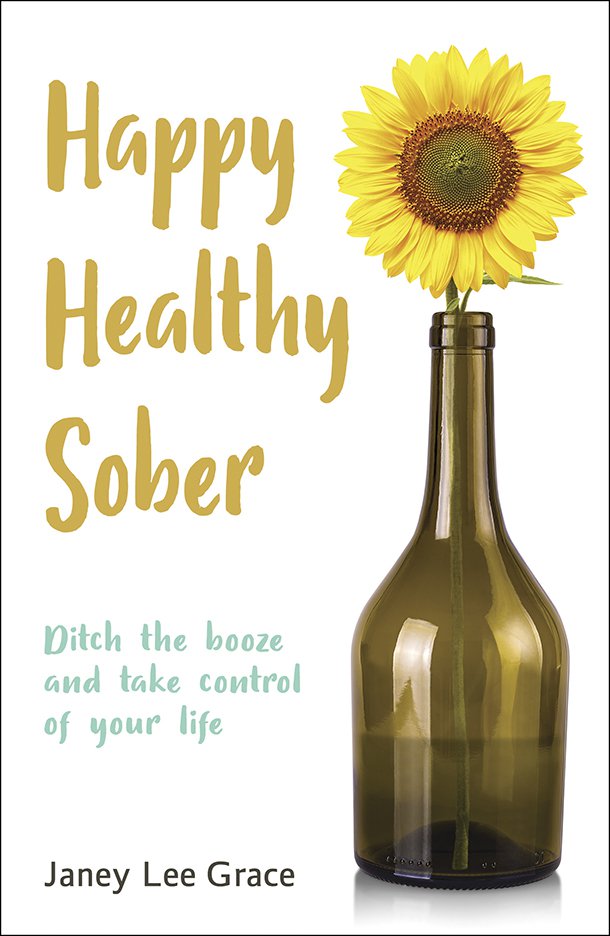