Revealed: 12 Steps You Can Take To Reduce Your Risk Of Getting Dementia 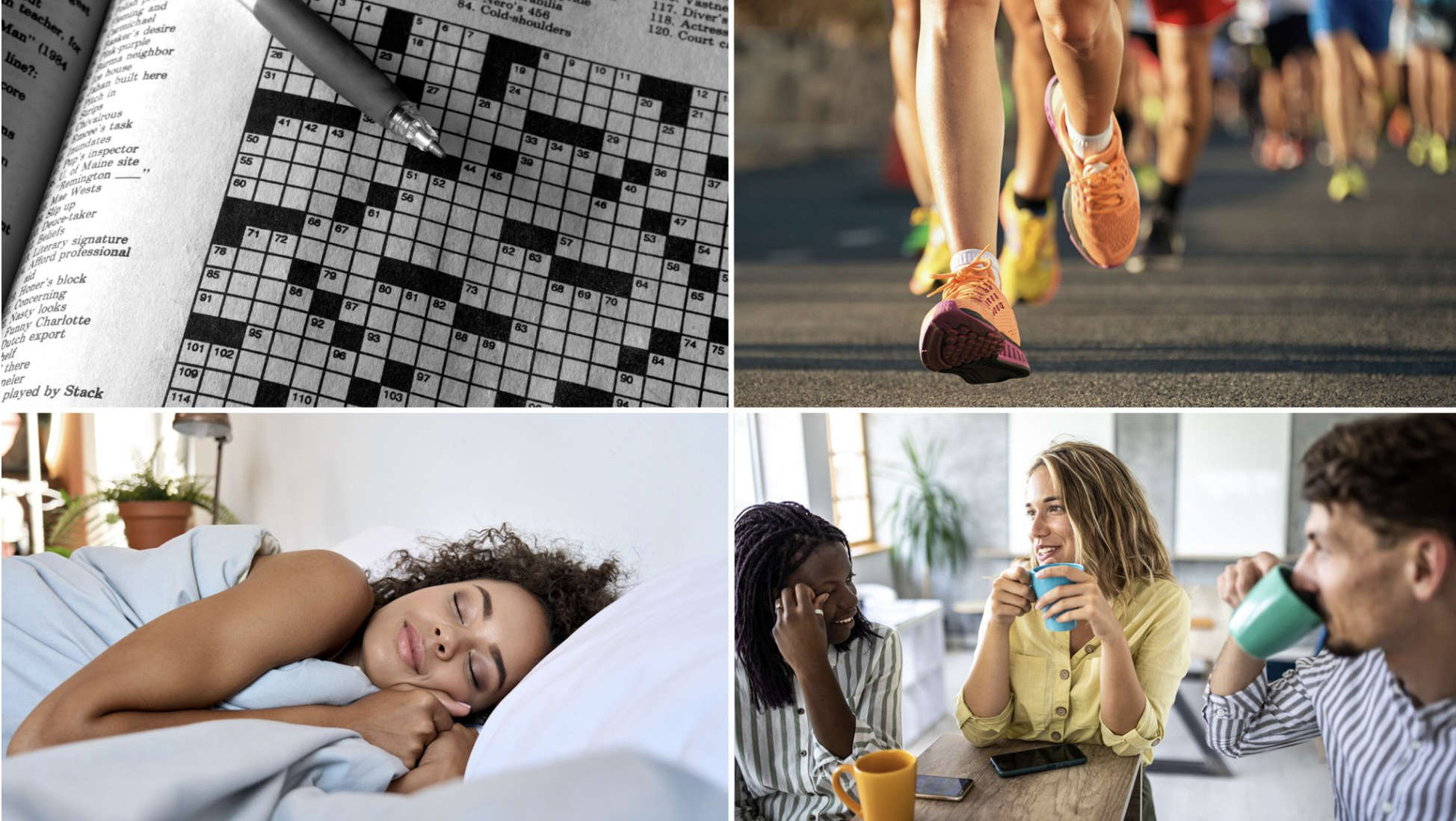 People can take 12 steps to reduce their risk of getting dementia - and the vast majority of us are not doing enough to ward off the condition in later life, according to Alzheimer's Research UK.

The charity said it wanted to empower people to make choices to help reduce their odds of developing dementia, saying that it is the "most feared consequence of ageing".

Dementia is a syndrome, a group of related symptoms, associated with an ongoing decline of brain functioning.

Alzheimer's disease and vascular dementia make up the majority of cases.

Some 40% of dementia cases are thought to be linked to lifestyle factors, which can be modified to reduce a person's risk.

Academics have called for brain health to be included as part of the NHS mid-life MOT - also known as the NHS Health Check - after a survey conducted on behalf of the charity found that just 2% of adults are doing their utmost to help their brains stay healthy.

This includes looking after their hearing, daily challenges to keep the brain active, socialising, keeping fit and eating a healthy diet.

Twelve top tips for reducing the risk of dementia include:

• Getting at least seven hours of sleep a night

• Looking after your hearing

• Keeping a healthy level of cholesterol

• Managing diabetes as well as possible

People of any age are encouraged to use the new Think Brain Health Check-In tool, though it is primarily aimed at people in their 40s and 50s.

Professor Jonathan Schott, chief medical officer at Alzheimer's Research UK, said that only 30% of people know they can take action to reduce the risk of dementia in later life.

"There are some people who are (genetically) destined to develop dementia, but we know now that up to 40% of worldwide dementia risk is potentially modifiable," he said.

"And we now are developing a rational evidence base of at least 12 modifiable and potentially modifiable risk factors.

"It's vital that we do all that we can, as individuals and society, to reduce our risk."

The new survey, conducted by YouGov on behalf of the charity, found that people are falling short in the steps they can perform themselves to reduce their risk.

The poll of 2,200 UK adults found that 35% of people said they have had concerns about their hearing, but more than half of those (59%) reported that they have not done anything about it.

Previous studies have found that people with hearing loss had a lower risk of mild cognitive impairment compared with people who do not tackle their hearing problems.

Meanwhile, the survey also found that only 31% of adults said they get at least seven hours of quality sleep each night.

Just over a quarter (27%) said they do activities to challenge their brain every day and only 30% said they meet physical activity guidelines each week.

However, the majority of people polled said that they speak to, or meet, friends, family or colleagues a number of times each week and most said they had recently had their blood pressure checked.

(c) Sky News 2023: Revealed: 12 steps you can take to reduce your risk of getting dementia