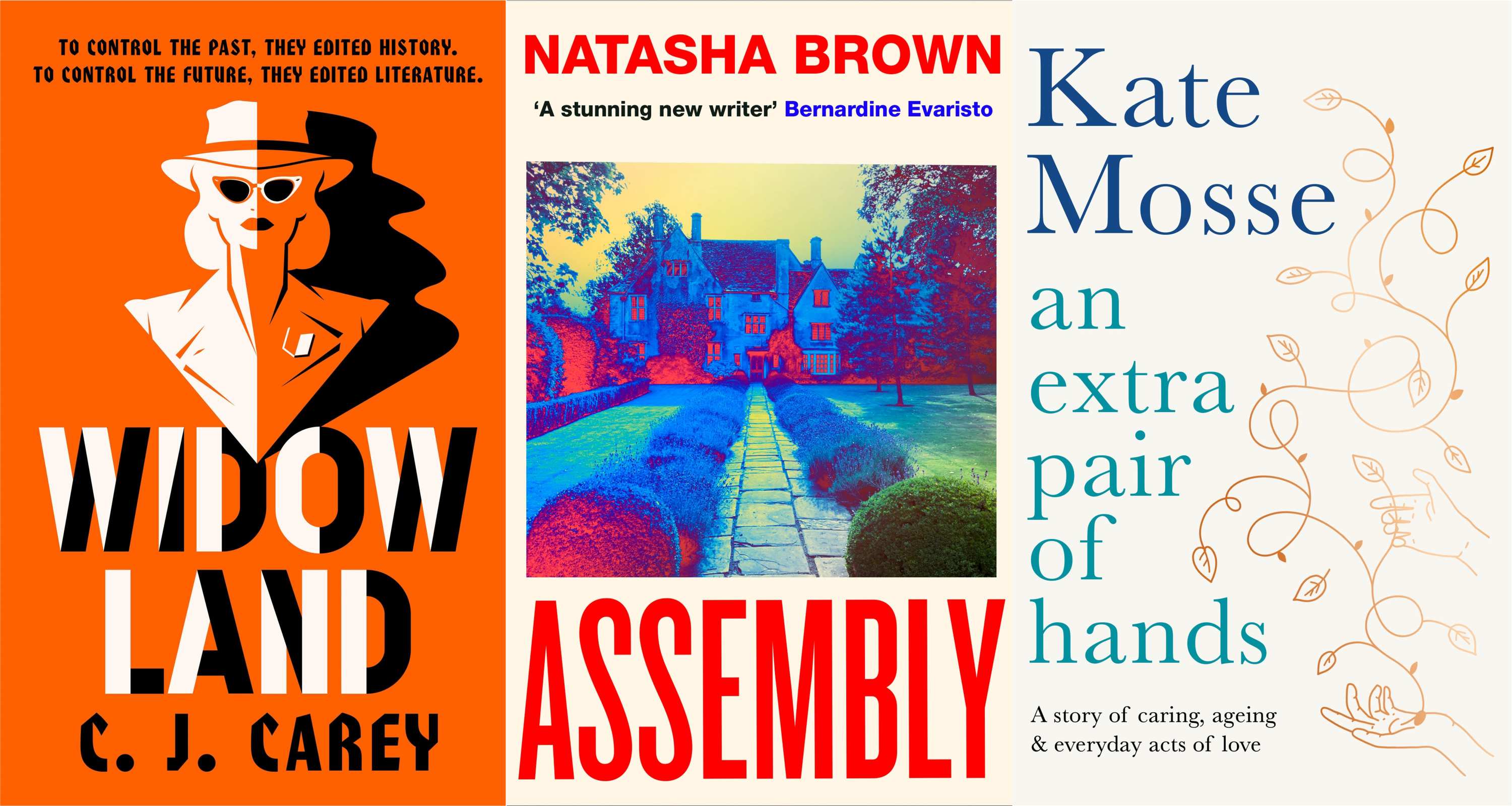 Searching for your next summer read? Look no further…

Natasha Brown’s debut is a hauntingly accurate novel about the stories we construct for ourselves and others. It’s narrated by a black British woman who is preparing to attend a grand garden party hosted by her boyfriend’s family at their English countryside estate. With her perfectly laid out path ahead of her, she tries to change the narrative – even if it comes at the cost of her life. The novel’s daring structure and distilled prose perfectly captures how colonialist structures have been woven into British society – through race and class, safety and freedom, winners and losers. A completely captivating read you won’t be able to put down.
9/10
(Review by Georgina Grouse)

A 1950s dystopia with an Orwellian echo, Widowland is a historical fiction thriller where the Nazis were never defeated and Britain is in the grip of a Grand Alliance, ruled by Germany. Despite the title, the novel actually focuses on Rose, an upper-caste woman or Geli, who lives a privileged life in the regime – the widows of widowland are marginalised as much in the novel as in the totalitarian society. This does seem a missed opportunity given their interesting backstories, complex group dynamics and ultimate significance within the plot. A slow burn with a rush of culminating action, Carey’s intricately detailed portrait of the convincingly cruel reimagined history takes centre stage over the storyline, championing a clear feminist statement.
8/10
(Review by Rebecca Wilcock)

This is quite a saga, and a very meandering one. A soldier (Ulysses) meets an art historian (Evelyn) in Italy during the last throes of World War II, and then their lives diverge completely. Ulysses returns to the pub and the bawdy gaggle of mates he left behind, while Evelyn lectures on the art that means so much to her. From there, Sarah Winman, author of the brilliant Tin Man, presents a winding history of the two, looking at the impact of fate, chance and a good gamble (along with the wisdom of a parrot). Sections are hammy, and a real connection or sense of empathy is patchy with certain characters, especially the ones the rest of the cast revolve around (Peg, Cress). It makes grasping their relationships a little elusive. Others are wonderfully drawn (the kid, Evelyn, Ulysses), as is the architecture of Florence. However, while it’s touching, witty and very evocative of a post-war world, Still Life ultimately feels like it’s giddily trying to do too much.
7/10
(Review by Ella Walker)

The bestselling novelist, famed for her epic historical and Gothic adventure sagas including the Languedoc trilogy, makes a rare detour into her own life. This is a heartfelt, funny and at times heartbreaking recollection of Kate Mosse’s experiences caring for her aged parents and mother-in-law, all under the same roof over more than a decade. It bangs the drum for unpaid carers and the dilemmas, joys and pain they face looking after loved ones. Mosse writes movingly about the slow deterioration of her father with Parkinson’s disease, the sudden death of her mother and how she processed her grief, as well as the joy of living with her sprightly mother-in-law, 90-year-old Granny Rosie, who’s still going strong. She includes facts and figures about unpaid carers – the estimated 8.8 million of them in the UK – but it is her recollections of the loving, caring environment of a house of three generations that creates the real empathy. Anyone who has ever cared for an older relative, in whatever capacity, will relate to it. Keep the tissues handy.
10/10
(Review by Hannah Stephenson)

Children’s book of the week

5. Something I Said by Ben Bailey Smith is published in paperback by Bloomsbury Children’s Books, priced £6.99 (ebook £5.59). Available now

For a fast paced, funny romp, Ben Bailey Smith – otherwise known as rapper Doc Brown – has you covered. Carmichael, 13, (just call him Car) loves wordplay and cracking jokes, but this gets him into a spot of trouble when a school performance skewering his family, teachers and schoolmates goes viral. While some parts of the story feel a bit dated – particularly the slightly stereotypical characters of the nagging, constantly disappointed mum and henpecked, quiet dad – it’s hard not to be endeared by Car and his attempts to find fame and happiness – only to realise it might have been at home all along. It’s not the most groundbreaking or unique story out there, but it still makes for a fun read.
6/10
(Review by Prudence Wade)

HARDBACK (NON-FICTION)
1. Joe’s Family Food by Joe Wicks
2. Tornado by John Nichol
3. Seven Ways To Change The World by Gordon Brown
4. Omelette by Jessie Ware
5. The Boy, The Mole, The Fox And The Horse by Charlie Mackesy
6. The Power Of Geography by Tim Marshall
7. Hold Still: A Portrait Of Our Nation In 2020 by Patron Of The National Portrait Gallery
8. Operation Pedestal by Max Hastings
9. Women Don’t Owe You Pretty by Florence Given
10. Ancestors by Alice Roberts
(Compiled by Waterstones)

AUDIOBOOKS (FICTION AND NON-FICTION)
1. The Thursday Murder Club by Richard Osman
2. Where The Bodies Are Buried by Chris Brookmyre
3. Atomic Habits by James Clear
4. Hungry by Grace Dent
5. The Midnight Library by Matt Haig
6. Professor Moriarty: The Hound Of The D’Urbervilles by Kim Newman
7. Close Your Eyes by Rachel Abbott
8. Greenlights by Matthew McConaughey
9. Rememberings by Sinead O’Connor
10. Dishonesty Is The Second-Best Policy by David Mitchell
(Compiled by Audible)