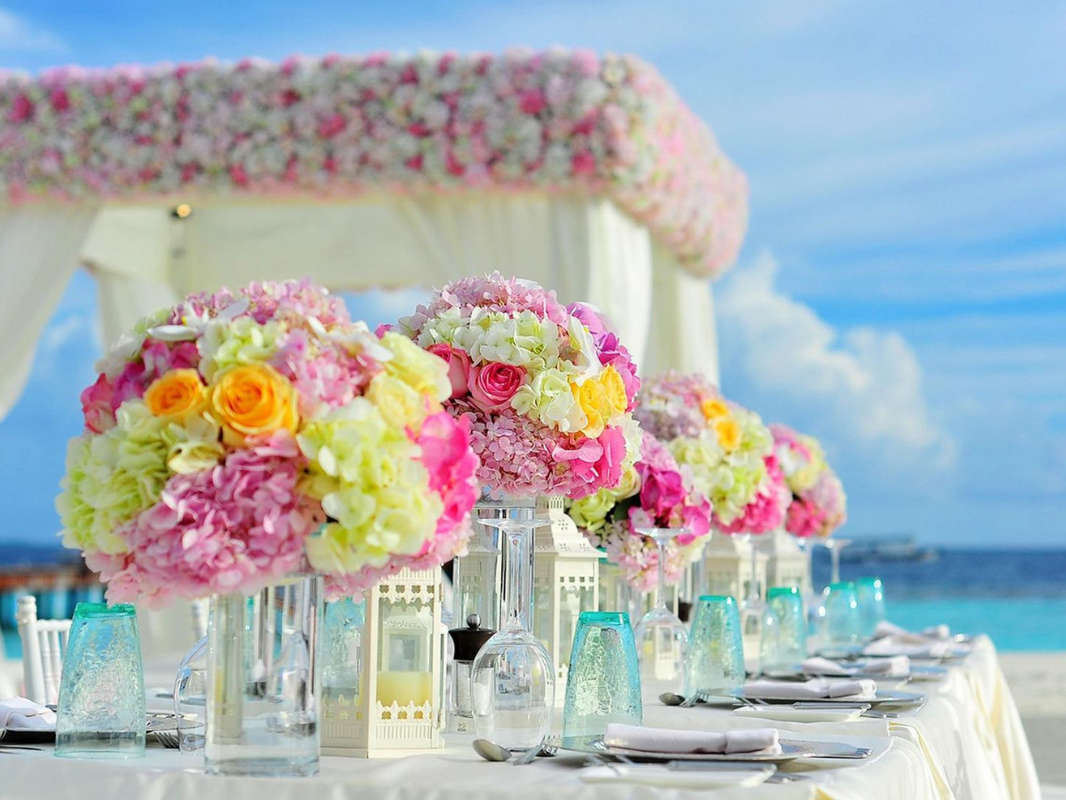 All aboard HMS Wedding? Couples could soon be able to declare their love on beaches, in gardens and on ships under the biggest overhaul of wedding law since the 19th century.

Existing law on weddings in England and Wales is "stuck in time" and does not work for most couples, according to the Law Commission, which advises the government on law reform.

It said "needless regulation" prevents couples from marrying in a place that is special to them, or having a ceremony that reflects their wishes and beliefs.

The recommendation comes after the government said weddings in the open air - legalised temporarily during the pandemic - were here to stay following "overwhelming support" from the public.

The current restrictions in law have meant that many couples are choosing to celebrate in a way the law does not recognise and some are getting married abroad, the commission warned.

Others are shelling out for two ceremonies - one that complies with the law and one that aligns with their personal values.

Currently, couples must decide between a civil or religious ceremony, and their wedding must be held in a registered building.

There are also different rules among religious groups and for civil services.

The Law Commission now proposes that weddings should be able to take place in "any safe and dignified location", such as family homes, gardens, beaches, forests, parks, village halls and cruise ships.

The officiant, not the location, would be regulated, and couples would have more freedom to personalise the content of their ceremony.

The proposed changes would enable couples to wed in "smaller and cheaper" venues, with increasing demand for more affordable, personal options, and as the cost of living crisis and the COVID backlog of weddings remain.

The commission says a set of universal rules would apply across religions and civil weddings, and could also include legalising non-religious belief ceremonies such as humanist weddings.

"The current law on weddings is not working for many couples. Needless restrictions and outdated regulations mean that thousands each year are denied having a wedding that is meaningful to them.

"Our reforms for Government are designed to protect the established practices and dignity of weddings, while offering couples more choice on where and how they marry.

"There is widespread precedent for our reforms around the world.

"By giving couples more control over their weddings and ensuring greater parity for all beliefs, the law can support those who want to get married, rather than putting unnecessary barriers in the way."