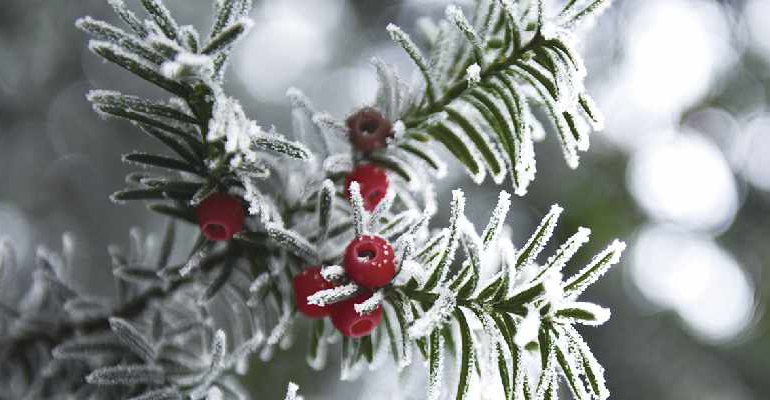 As we get ready for Christmas, sending cards and decorating our homes, we are continuing a tradition that stretches back thousands of years, writes Flo Whitaker

In his 1598 ‘Survay of London’, historian John Stow recorded the following scene; “A standard of tree being set up in the midst of the pavement in the neighbourhood of Cornhill, fast in the ground, nailed full of holme, (evergreen oak) and ivie for the disport of Christmas to the people.” Stow was a methodical, well-respected scholar who quoted a 14th century manuscript as his source material for the tale, showing that the idea of a communal Christmas tree is an extremely old one.

Trees have provided a focal point for us since the earliest times. We gather around them to worship, to celebrate – and to protest. It’s easy to understand how the cult of ‘evergreens’ began.

Living in the Northern hemisphere, plants that miraculously remained green during winter had a special significance for our ancestors, but although evergreens have long been used to decorate our homes, the idea of bringing an entire tree indoors is relatively new to the British Isles. Scandinavian and Germanic countries have been doing it for centuries, however. The poet, Samuel Taylor Coleridge, visiting Germany in 1798, wrote an account of an ancient Christmas Eve tradition whereby whole fir trees and yew branches were bought indoors and decorated with paper flowers and candles – (with scant regard for Health and Safety!) 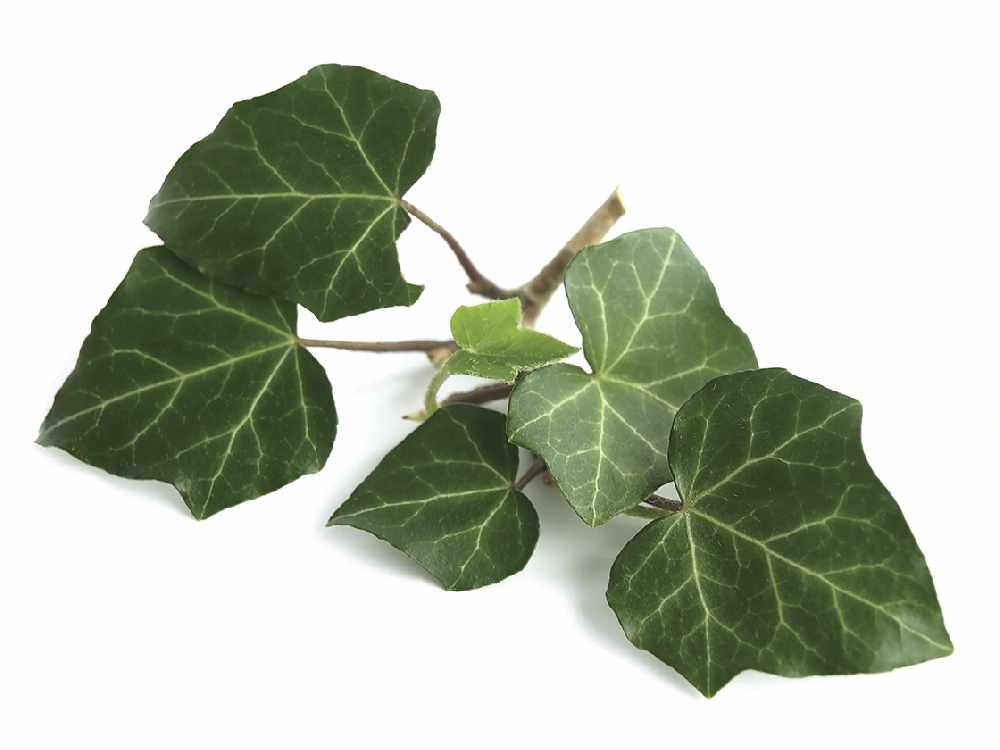 In December 1800, Queen Charlotte’s guests at Windsor were astonished by the sight of a large illuminated indoor fir tree. This enchanting spectacle set a fashion trend for the gentry. In 1807, The Duke of Portland ordered, “a decorated tree to be set up for a juvenile party.” In 1848, an engraving in the Illustrated London News showed Queen Victoria, Prince Albert and the royal children gathered around an ornate Christmas tree. We’ve been dragging in trees and re-arranging the furniture ever since.

In 1843, the first commercially produced Christmas cards were designed and sent by Henry Cole, (who went on to found the Victoria and Albert Museum – and do much else besides). Henry was a busy man, so a decorated card that only required a brief hand-written greeting was clearly far quicker to write than a letter.

His associates were delighted by this novelty – they copied Henry’s idea and sent cards to all their friends. The modestly priced Penny Black stamp had conveniently been introduced three years earlier – an example of how one invention can unwittingly fuel another. Early Christmas cards contained messages, reminding the recipient to be charitable towards the poor and were often decorated with springtime flowers, reinforcing the positive dual message; ‘Christ is Born!’ – Spring is Coming!’

Victorian society well understood the ancient Language of Flowers. Catkins represented motherhood and new life, snowdrops suggested purity and hope, ivy was for  endurance and fidelity, winter jasmine for grace, violets for modesty and the ‘Heartsease’ pansy with its three-colour  flowers represented The Holy Trinity. Much of this visual language is now lost to us – our modern eyes would merely assume they were just pretty notelets with no obvious significance. 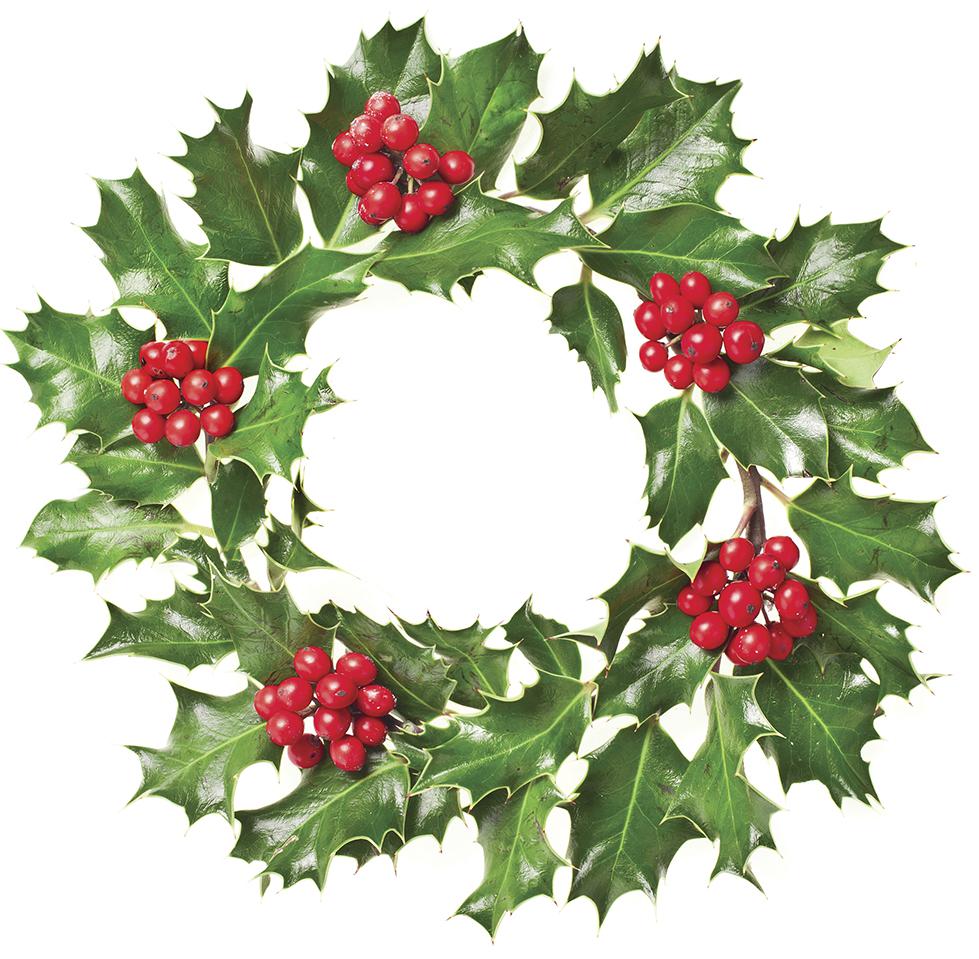 The Virgin Mary is associated with many flowers, but the rose is her prime symbol and accompanies her image, regardless of the season. A wintery Marian rose may be frost-covered, but still in bloom – a reference to everlasting life. Hellebores, commonly known as ‘Christmas Roses’ are not roses at all and often don’t flower ‘til February, but we shouldn’t let mere facts get in the way of a charming name. Hellebores are related to buttercups. In the language of flowers they spell ‘scandal’ – an odd choice for a Christmas card?! In Mexico, they decorate their homes with the ‘Christmas Night Flower’. We know it as poinsettia, named after Joel Poinsett, an amateur botanist and the USA’s first ambassador to Mexico who, in 1825, sent cuttings back to his South Carolina home. In America, a popular name for poinsettia is 'Star of Bethlehem.’ 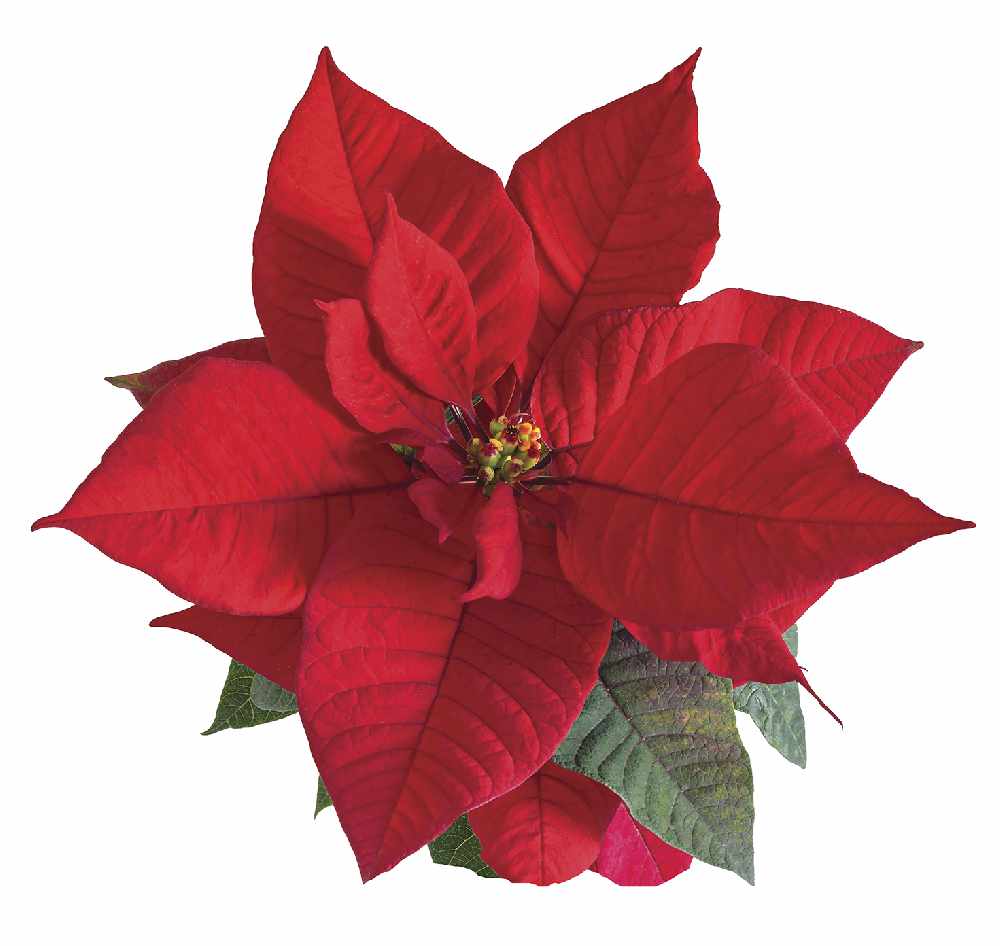 Many old religious practises and beliefs were absorbed into Christian worship, but mistletoe has always been an outsider. With its strong association to Druidic culture, magical mistletoe is an awkward character. In olden times it was thought that the physical shape of a plant was an indication of its attributes. In this respect, mistletoe was twice condemned.

Not only did it have dodgy, pagan connections; its arrangement of foliage and berries were said to be a visual representation of male genitalia. Known as ‘The Devil’s Seed’, it was also thought to repel witches and lightning. Mistletoe was clearly dangerous stuff, but, by the 1400s, it was having something of an image makeover. Scholars referred to mistletoe’s ‘purity’ and ‘virginity’ because it grew suspended in air, away from the corruption and mire of earthbound things. Mistletoe’s luminous white berries became known as ‘Mary’s Tears’, but it was still excluded from churches – although there is one notable exception.

Yorkshire folk have a long and noble history of dissent, so it’s probably no surprise to learn that York Minster didn’t banish mistletoe. On the contrary, for hundreds of years they honoured it with a special mistletoe service. Nowadays, mistletoe is bought into the Minster on Christmas Eve. It is blessed, then hung by the high altar and remains there throughout Christmas, so that all may see this ancient symbol of peace and friendship. 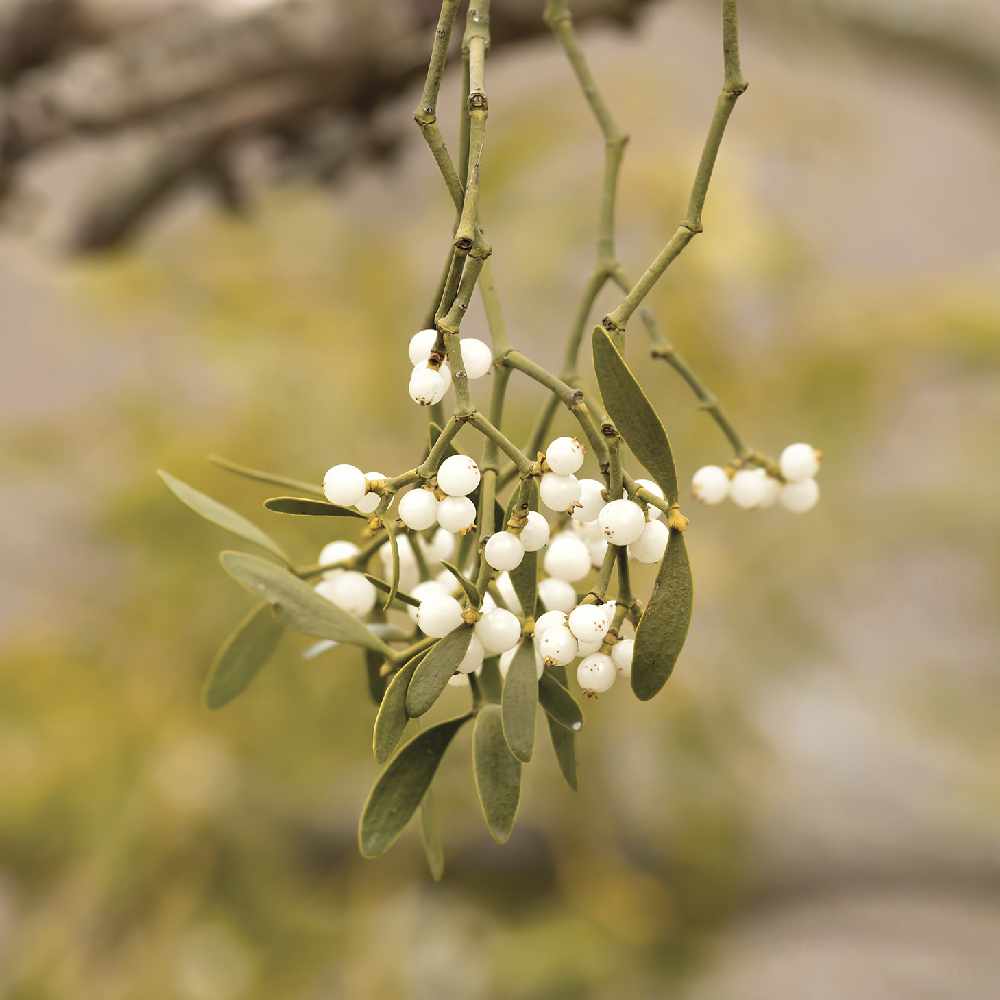