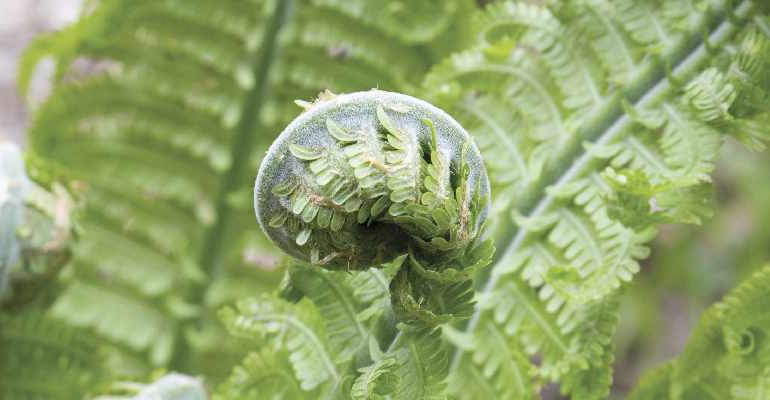 Dinosaurs ate them, and the Victorians obsessed about them; ferns are astonishing survivors from the prehistoric world and still have the power to enchant us, writes Flo Whitaker

On the evolutionary timeline, ferns, (Pteridophyta) are a staggeringly ancient family of plants. The earliest known fern fossils date back to around 360 million years ago – long before the arrival of flowering plants. Ferns were the first plants to evolve a vascular system and ‘proper’ leaves with distinct veins and stems. They occur in great variety across the globe; from tiny alpine types just a few centimetres high to Australasian ‘tree fern’ giants that reach 20 metres.

In 1750, approximately 15% of the British population lived in a town. By 1850, it had risen to 85% – the Industrial Revolution had arrived. Rapidly expanding towns and cities struggled to cope; disease, poverty and pollution were rife. Recognition that workers needed healthy outdoor exercise and recreation resulted in the creation of the first gardening clubs and public parks. Once the exclusive domain of the gentry, horticultural pursuits were now accessible to the lower classes, which is how, bizarrely, a tiny London fern played a pivotal  role in the development of global horticultural knowledge and trade. 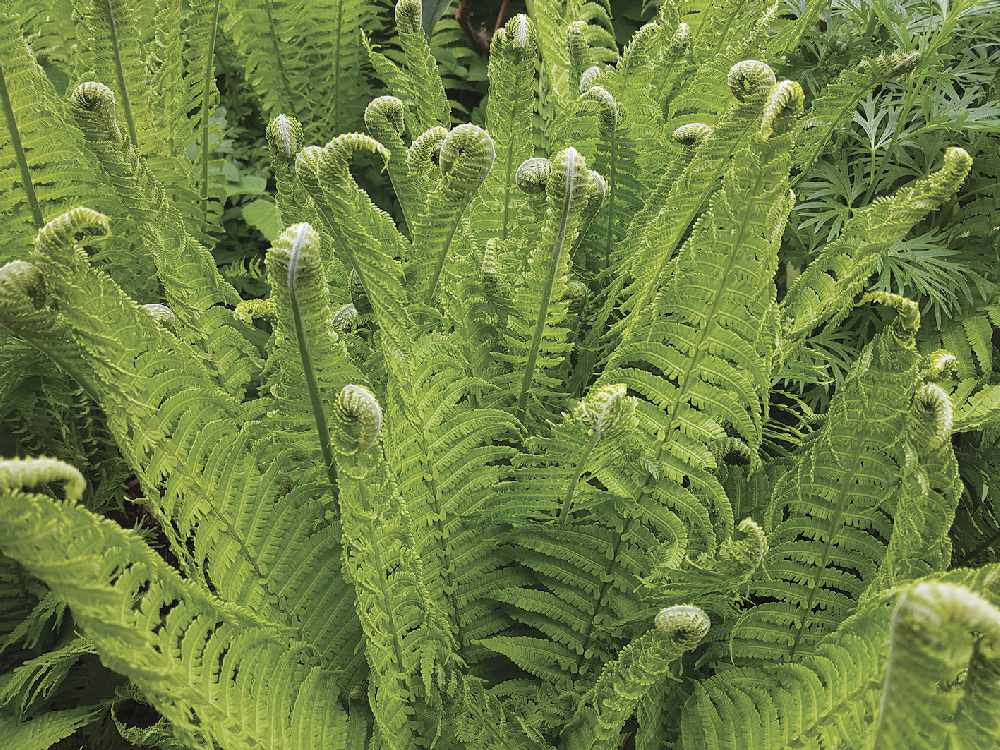 For centuries, explorers had returned from their voyages of discovery with extraordinary stories and souvenirs, but preserving specimens of flora they had encountered was fraught with difficulty. Live plants perished during long sea voyages. Attempts to dry plant material for later study usually resulted in samples rotting in the humid air or being eaten by insects.

In 1829, Dr Nathanial Ward, a keen amateur naturalist and medical doctor practising in London’s East End, stumbled upon the solution. Placing a moth chrysalis inside a sealed jar to study its development, he noticed a tiny fern emerging from the damp soil surrounding the cocoon. Nobody knows the fate of the moth, but he keenly observed the plant as it grew and thrived. Water condensed on the inside of the jar, ran down the sides and kept the fern hydrated. Whilst others before him had witnessed similar phenomenon, Dr Ward was the first to correctly surmise that the sealed microclimate protected the plant from polluted air. He experimented with different containers, eventually designing the ‘Wardian Case’ which was an early forerunner of the modern day terrarium and aquarium. 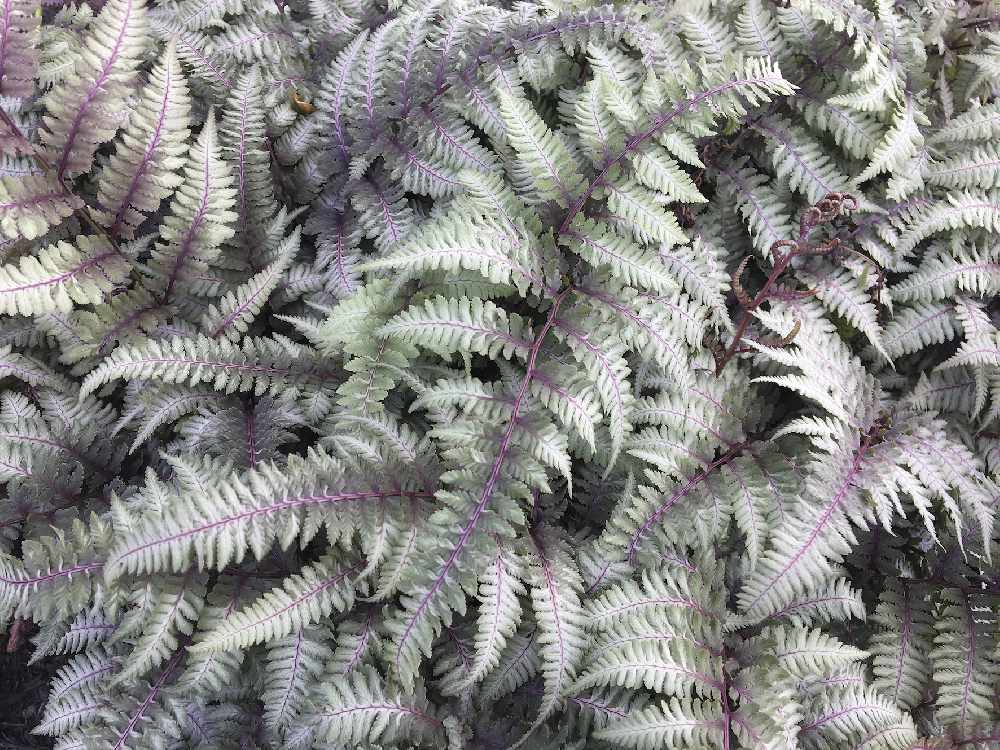 The largest cases were a metre long and could hold hundreds of seedlings. Living plants, many of great economic significance, could now be successfully shipped across the globe. In 1849, 20,000 Camellia sinensis (tea) plants were sent from China to India; ‘Assam’ tea had arrived. Commercial air travel eventually rendered Wardian Cases redundant, but Kew Gardens continued to receive consignments by this method until the 1960s.

Although botany was considered a respectable activity for a Victorian lady, visiting a steamy tropical glasshouse, one of the new wonders of the age, was not for the faint-hearted. Newly-discovered exotic plants flaunted their sexuality, shamelessly displaying their reproductive parts for all to see. In contrast, native British plants were regarded as thoroughly wholesome in character.

Ferns were the noblest of all because they displayed no reproductive organs – even the most prudish couldn’t take offence at a fern. We now know that ferns reproduce by the dispersal of microscopic spores –  something not properly understood until the late 19th century. 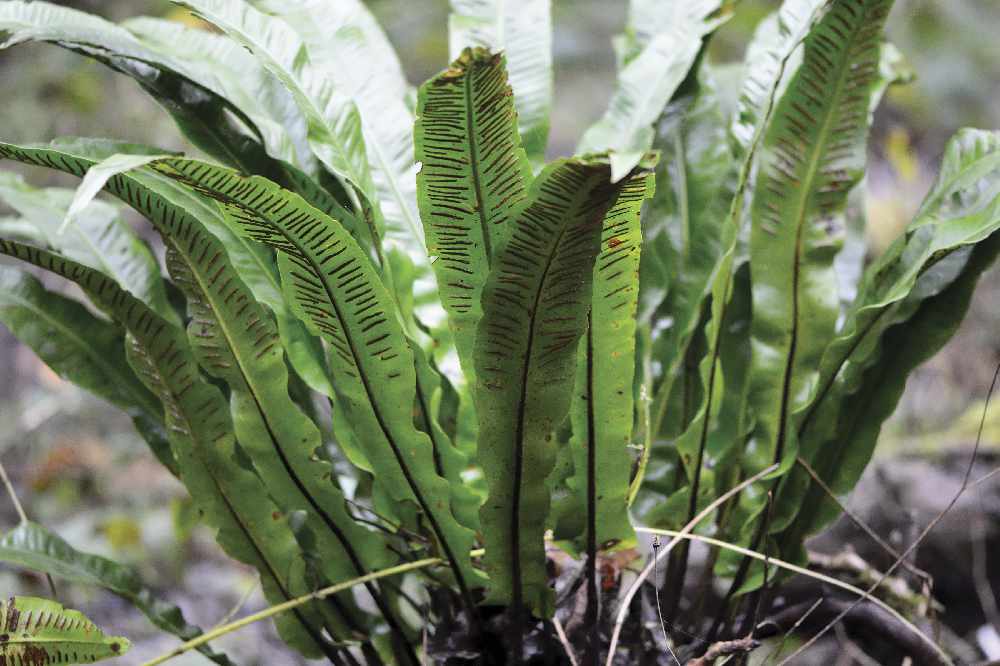 Images of nature decorated the Victorian world. Carved into wood and stone, embroidered onto fabrics, painted on porcelain, depicted in stained glass and on tombstones; motifs of birds, flowers, insects and seashells were everywhere. ‘Fernmania’ was all the rage. In popular ‘Language of Flowers’ compendiums, enigmatic ferns represented magic and mystery.

In 1855, Charles Kingsley wearily noted, “Your daughters, perhaps, have been seized with the prevailing Pteridomania and are wrangling over unpronounceable names… which seem different in each new fern-book they buy.” Kingsley was right. Ferns have horrid, mind boggling names that only a devoted Fernatic could love, but don’t be put off, as ferns make excellent garden plants, give a long season of interest and require little maintenance or specialist care. Start with a few reliably hardy native types that require similar conditions of humus-rich, damp soil in semi-shade. 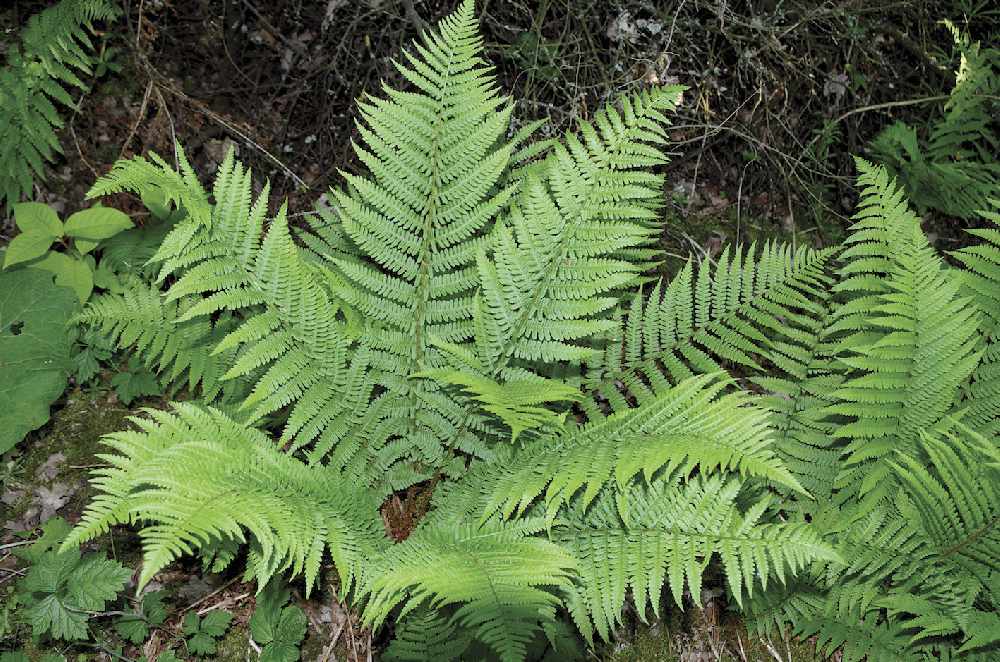 A mature fern produces millions of spores, but only a few will land on a suitable surface and germinate. Given the right conditions, baby ferns sometimes appear in peculiar places and can be easily transplanted. Hart’s Tongue Fern is jokingly known in my garden as ‘Fernus Downpipeus’ after the discovery of several young plantlets growing happily in a leaky roof gutter!

Potted ferns do well in a sheltered location. Add a few handfuls of water retaining leaf mould to the potting mix. Water daily in hot weather and dampen the foliage to help maintain humidity. Grouped with other shady characters such as potted acers, hostas and violas, majestic ferns will add timeless grace and a touch of mystery to your garden. 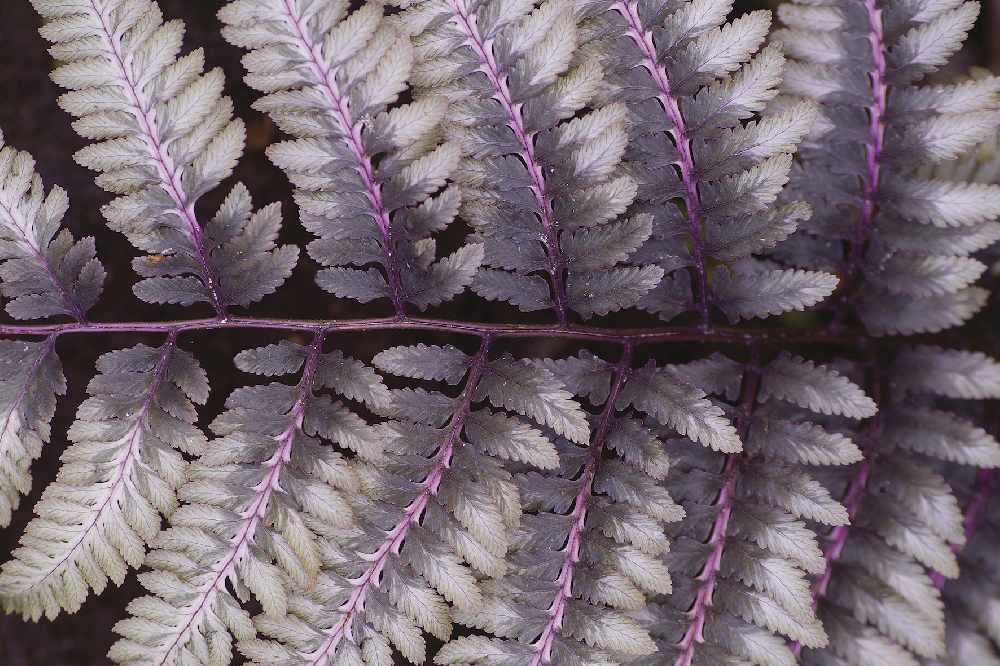