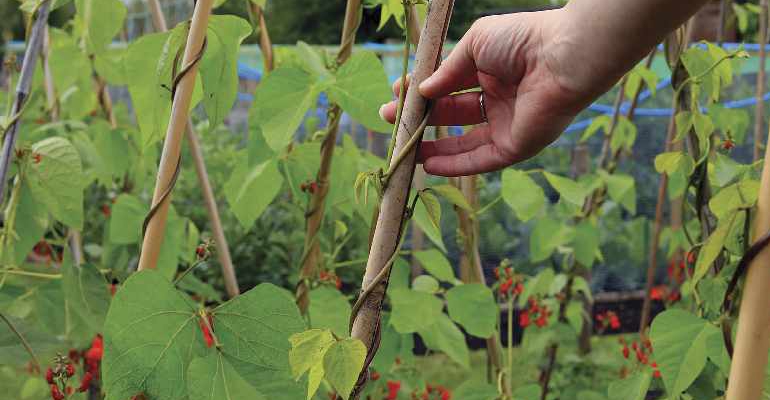 This month, Flo Whitaker’s on the veg patch. If you’re new to veg growing, you can be sure of success with beans – and now’s the best time to plant them

Provided you give them a sunny, sheltered site and and fertile soil, runner beans are As they climb, the plants will cast easy to cultivate. They’re quick-growing and vigorous, so a strong support framework in place before setting out the plants. Using 8ft (240cms) garden canes, arrange two parallel rows of canes approximately 45cms apart, with 20cm spacings between each cane. Bury the canes at least 30cms deep to give sufficient anchorage. Push them into the ground at a slight angle so that each cane crosses its opposite partner about 30cms from the top. Tie each opposing pair together with twine. Place a cane horizontally along the ‘V’ shapes above the string ties and bind everything together. Finally, drive two more canes or tree stakes at the ends of the row and secure to the framework.

Alternatively, a simple wigwam- shaped support can be made using canes arranged in a circle and tied together at the top. As they climb the plants will cast shade, inhibiting growth inside the wigwam, so crop yield will be reduced. However, wigwams have some advantages; they’re highly decorative, are quick to construct and can be fitted into awkward areas where there isinsufficient space for rows. 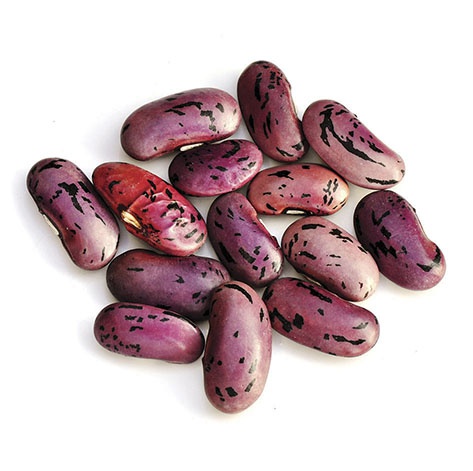 At this time of year, when there is minimal chance of frost, bean seeds can be sown direct outdoors but this method is not without risk as the emerging shoots are highly attractive to slugs and birds, so there is much to be said for raising plants in the controlled environment of a greenhouse or sunny windowsill. Sow seeds 5cms deep in individual 9cm pots - they’ll germinate within a week. ‘Tall’ pots specifically designed to accommodate their long, vigorous roots can be purchased - or make your own paper pots using a jam jar as a mould. When the plants reach 10-15cms high, set them into ground that has been enriched with multipurpose fertiliser and water-retaining organic matter such as leaf mould or compost. Young plants may need tying in at first, but they’ll soon develop the climbing instinct.

Runner beans come in seemingly endless varieties. Some produce flowers in dainty pink or white, while others have striking bi-coloured blooms. Tall varieties will easily attain 2 metres and are best ‘pinched out’ at the growing tip when they’ve reached the desired height. ‘Bush’ types such as ‘Hestia,’ (50cms) require just a few twiggy branches for support and do well in large patio pots or half barrels. If you ask me to name one vegetable I would not be without, the climbing French bean, ‘Cobra’, (150cms) gets my vote every time. Prolific, stringless and super- tasty, it keeps on going until October, so if you’ve never grown beans before - give ‘em a go! 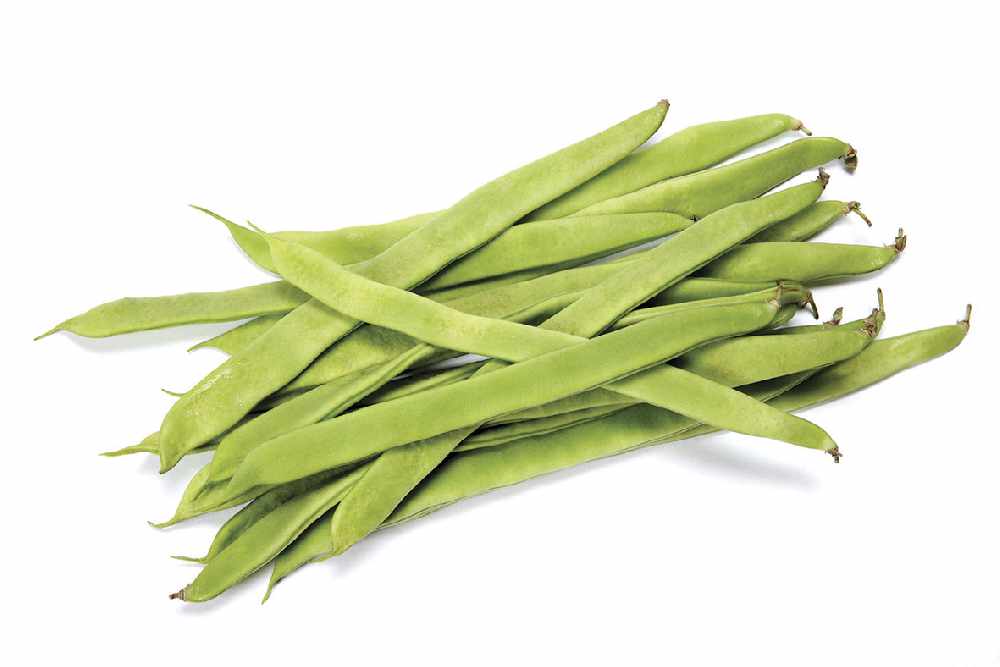