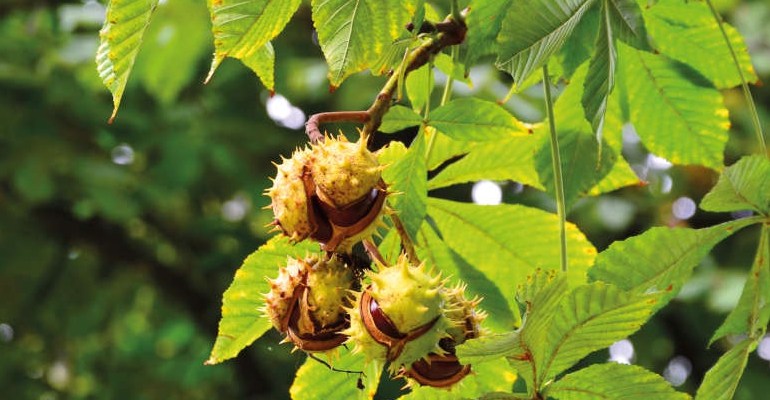 Playground battles, world championships, a Balkan immigrant and a sport invented on the Isle of Wight; Robert Veitch looks into a few links to the horse chestnut tree

In the autumn of 1984, as in most years, playground football was usurped for a couple of weeks by an insatiable appetite for conkers. The search for a decent tree and the successful foraging of a bag full of reliable specimens was essential to a good season. The annual skulduggery of baking, vinegar soaking, varnishing, and worse, began again in earnest.

It was a right of passage most boys my age endured, and one that’s slowly disappearing. Rules differed from one playground to another, but rapping knuckles ‘unintentionally’, windmills, snags, stringsies and stampsies remain part of the universal vernacular.

After a fortnight of conkering the playground was marbled with the detritus of defeated gladiators, the tarmac littered with shattered dreams. Two undefeated conkers remained that Friday lunchtime, and I had one of them, ready to battle it out to become playground champion. An audience assembled in keen anticipation and a fast talking Motsett from 3E instigated the dinner money funded turf accountancy.

Someone played Frankie Goes To Hollywood’s Two Tribes through the tinny headphones of their Sony Walkman. My heart began to pound like the bass line. A slowly tightening circle formed around my nemesis and myself; my mortal enemy Stephen König, the boy from 3C who liked Kraftwerk and excelled at art.

All we missed was the sound of Murray Walker describing the proceedings as the pair of us stood toe to toe, our fate hanging from Doc Marten laces. It would be a battle to the end, to the death: one conker as champion, the other in smithereens. The inevitable hairline cracks began to show after several accurate sparring shots. Jeering and cheering continued as the circle tightened further. In the commentary box, Murray was animated to the point of self- combustion.

König rapped my knuckles, hard. I loosened my grip just a little for blessed relief, only to witness his next hit rip the shoelace from my grip and before I could react the circle shouted ‘stampsies’ and it was all over. A beaming Stephen König was embraced in the kerfuffle that followed. My naked, knotted shoelace lay on the ground, next to my crushed conker, the final gladiator defeatedthat season.

We were two young lads, both unable to grasp Kipling’s concept of treating those imposters of ‘triumph and disaster’ the same. We didn’t talk for a while... a long while. I scored a penalty against him the following year; it was honours even after that. 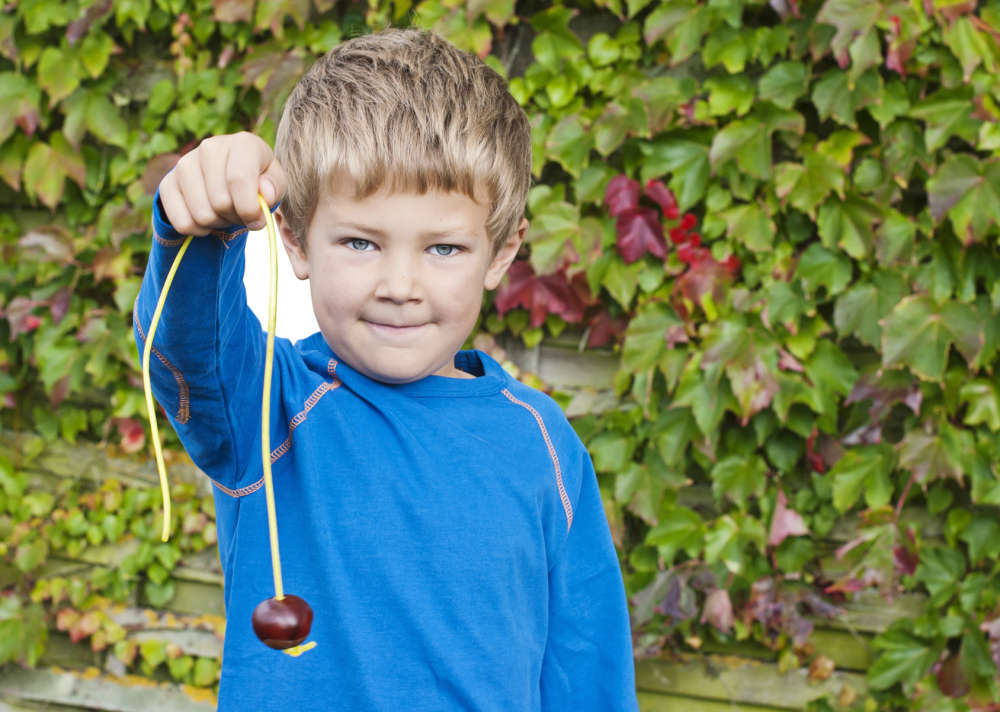 Playground shenanigans aside, there’s more to conkers than glory and wounded pride. The horse chestnut (Aesculus hippocastanum) may be seen as a native tree these days, but like other examples of flora and fauna, it’s an immigrant.

It’s indigenous to the Balkan area of Europe, and was introduced to Britain during the Tudor period. Almost half a millennia later, there are around half a million horse chestnut trees dotted across the British landscape.

The name derives from the similarity to the sweet chestnut; both have vaguely similar leaf shapes and both generate mahogany fruits in prickly husks. But in reality they are from different families and completely unrelated.

Horse chestnut trees can grow up to 40m in height and live for up to 300 years. The wood is soft and has little commercial value, though being soft it is easy to carve.

Pink and white flowers blossom during May, their sky-reaching conical candelabra shapes enriching the canopy. After pollination the gloriously glossy, mahogany coloured seeds develop, and remain shielded from the hands of small children until autumn inside a spiky green husk, reminiscent of a World War II mine.

Until 1848 the seed of the horse chestnut was left alone to do its thing. But sometime during autumn that year, two people on the Isle of Wight deemed it a superior idea to bash horse chestnut seeds against each other, rather than the snail shells and hazelnuts used previously – conkers had become entertainment. It might be the only sport ever invented on the Isle of Wight. From that point the game spread to the mainland, across the country and then overseas. 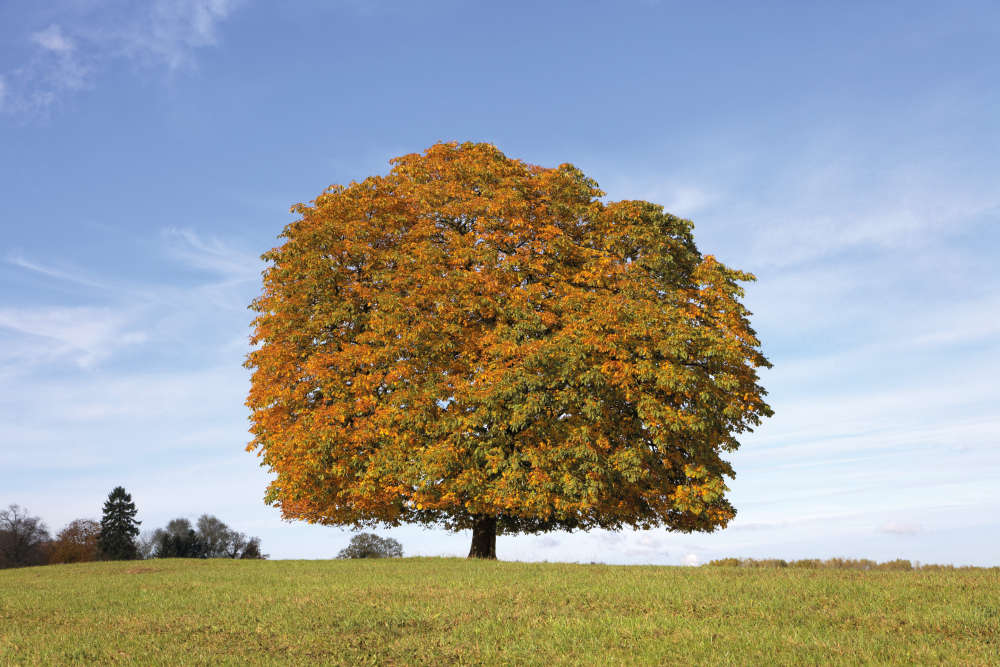 WE ARE THE CHAMPIONS

In 1965 the first World Conker Champion was crowned in Ashton, Northamptonshire, on a village green surrounded by horse chestnut trees. Like many good ideas, the tournament was conceived in the pub after a fishing trip had been cancelled due to bad weather.

Since then the championships have gone from strength to strength and this year’s iteration takes place on the 9th October.

Early winners were locals, but over time as the tournament gained more stature and began to pique the interest of conkerers elsewhere, winners have come from further afield, even overseas. The number of competitors can run to over 500 and the number of spectators has exceeded 5,000 on occasion.

A chap named William has won a world title on three occasions; write your own headline!

But there’s more to it than the glory of winning. Over almost 50 years the tournament has raised £420,000 to support charities for the visually impaired.

This autumn, as in all autumns since ‘the Isle of Wight incident’ eager children, both young and old, will gather beneath the boughs of horse chestnut trees across the country, full of hope and optimism... still bonkers for conkers. 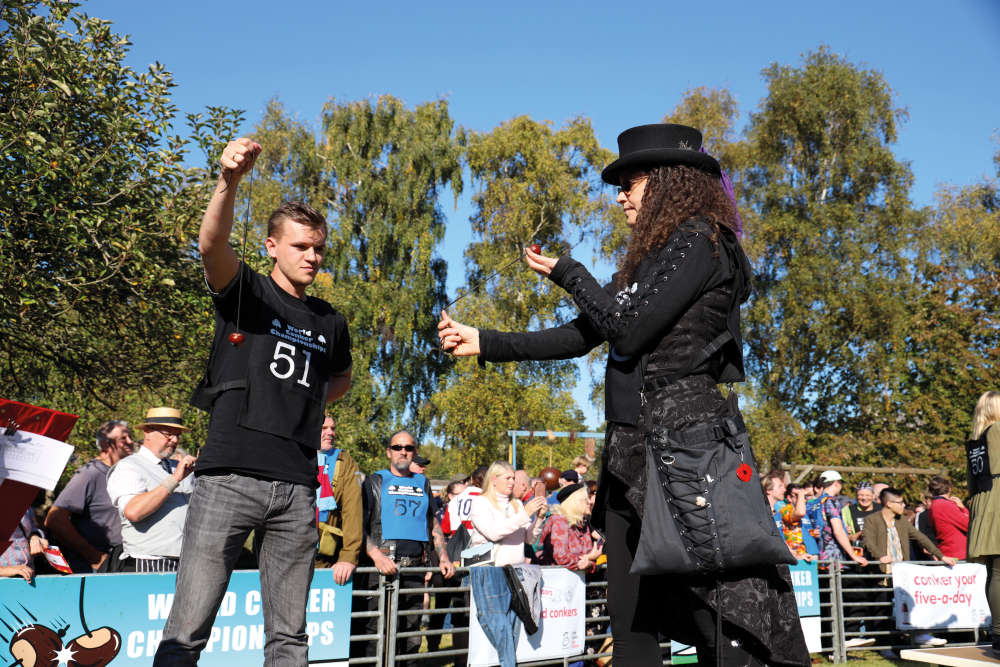