Blooming Times: The Beauty of Lavender 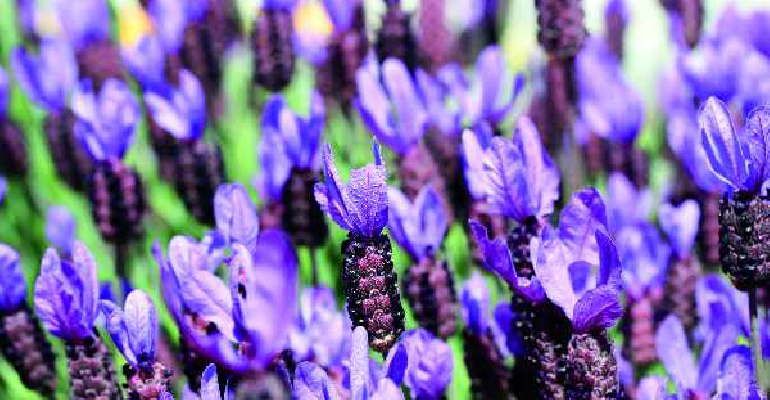 Some plants manage to look good in any setting. Whether your garden has a traditional or contemporary design, be sure to include some lavender

Lavender, that quintessential cottage garden plant, is not, in fact, indigenous to the British Isles.

Many modern-day varieties are descended from lavender angustifolia; a type widely found throughout Spain, Italy and France. It’s likely the Roman occupation bought lavender (and much else besides) to our shores.

By the 12th century, it was a staple feature of the monastic herb garden and was used to treat all manner of ailments.

Lavender was also utilised for its moth and fly-repellent properties. Although humans love its swoony scent, many insects give lavender a wide birth.

In former times, prized fabrics were carefully stored with dried lavender to protect from moth damage and a lavender-filled pillow was thought to aid restful (and flea-free!) sleep.

The lavender family is a large one. From a general gardening perspective, they can be divided into two groups; hardy and non-hardy.

All types dislike shade and heavy, water-retaining soil, so take care when choosing their place in a border.

Select a well-drained, brightly-lit spot and add plenty of horticultural grit to the planting hole. Lavenders are useful for arid sites such as the base of a wall or adjacent to paving slabs.

Concrete mortar contains alkaline particles that slowly wash into the surrounding soil – lavenders prefer alkaline conditions and will thrive where other plants struggle.

Lavender angustifolia, with its historical connections to our gardens, along with its ability to cope in damper soils, is often labelled ‘English lavender’.

Most varieties with angustifolia in their parentage are fully hardy here.

‘Hidcote’ (rich purple, silver/grey foliage, approx. 45cms high), ‘Munstead’ (soft mauve, 45cms or less, compact grower, ideal for edging a path) and ‘Nana’, (deepest purple/violet, approx. 60cms) are all tried and tested varieties, but there are dozens to choose from, including some white and pink forms.

Lavender also does well in containers. Grow in terracotta pots to create a classic, timeless scene.

Incorporate plenty of sharp grit with the potting soil to ensure free-draining conditions: grit should be approximately 1/3rd of the mix.

This is a great way to grow frost-sensitive forms as pots can be moved into a cool greenhouse to overwinter.

A few non-hardies have unscented flowers. Instead they produce highly fragrant leaves that are often serrated at the edges; unlike the smooth, needle-like foliage of English lavender.

All types of lavender should be lightly trimmed immediately after flowering. Removal of old growth allows sunlight to penetrate into the plant. This encourages the formation of new shoots that will flower the following year.