The Spanish lady: How the Spanish Flu Ravaged Sussex 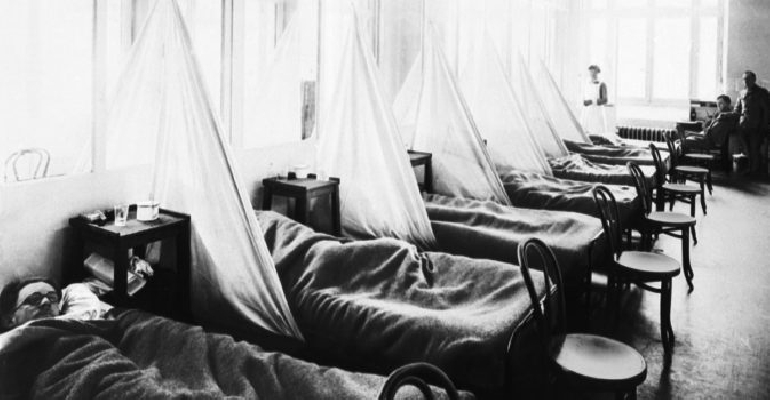 Following the centenary of the Spanish Flu outbreak, Sussex Living discovers how the deadliest pandemic in recent history spread through Sussex 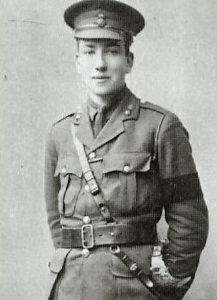 e war poet Robert Graves was laid up in a Hove villa with a dangerous bout of Spanish flu.

The pandemic was at its height and there were no working nurses to be found. Graves had to settle for two that were already retired. “One,” he said, “was competent but frequently drunk, the other sober but incompetent.”

Despite the hit-and-miss nursing care, Graves eventually recovered from the flu that was sweeping Sussex.

Many weren’t so lucky. Between 1918 and 1919, a quarter of the British population was infected with Spanish Flu.

This deadly strain of flu was virulently infectious. Graves brought the flu home to Hove on Valentines Day.

Within a couple of days, everybody in the house apart from his father-in-law, the baby and one servant had caught it.

Few Sussex towns remained unaffected. But where did the Spanish Flu come from, and how did it spread through Sussex? 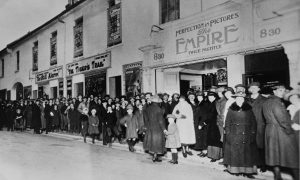 The origins of the Spanish Flu are uncertain.

China, Kansas and Etaples in northern France have all been suggested as the epicentre – but the timing of the disease was no coincidence.

Its spread was enabled by the global movements of soldiers and labourers towards the end of the First World War.

First identified in Glasgow in May 1918, it quickly travelled southwards to London.

According to Dr Jaime Kaminski, author of A Terrible Toll of Life: the impact of the ‘Spanish Influenza’ epidemic on Brighton 1918-1919, the flu reached Brighton in July 1918.

“With 55 people per acre in Brighton, the borough was the second most densely populated in England by 1921,” he writes.

“This population density would prove to be ideal for the spread of influenza.”

The first wave was relatively mild. Twenty fatalities had occurred across Brighton and Hove by the end of August and the media gave little coverage to the disease.

The Sussex Daily News called it an 'ingenious attempt' to sabotage the upcoming general election.

In Brighton, Hanningtons department store published an advert suggesting a visit to their sale as a cure:

“To those not familiar with the House of Hannington, of North and East Street, Brighton, we would suggest an early visit, before the influenza germ develops, and bargains decline,” read the piece in the Brighton Gazette.

Within three months of this advert’s publication, a second and far more deadly wave of ‘flu had gripped Sussex.

October and November saw fatalities rise steeply across the area, with Brighton and Hove the worst affected.

At its peak, the Spanish Flu was claiming 80 lives per week in Brighton alone. 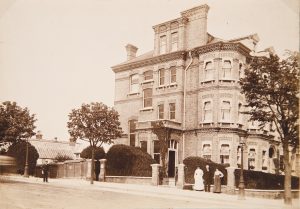 Sufferers could experience blue- tinged skin from lack of oxygen, vomiting, infectious nosebleeds and haemorrhages that filled the lungs with blood.

Healthy young adults were affected as much as the very young and the very old.

Local newspapers began to issue advice on how to avoid catching the flu.

The Bexhill-on-Sea Observer recommended wearing an extra coat, sitting outside on the bus and avoiding crowds by catching a later train home.

The Brighton Health Department issued a pamphlet advising Brightonians to 'give up shaking hands for the present; give up kissing for all time'.

Meanwhile, the Brighton and Hove Society published an article calling the new influenza 'as bad as the old if not worse and… it is everybody’s duty to take precautions.'

Despite advice like this, the Spanish Flu continued to rage throughout the autumn.

By the end of January, over 600 lives had been lost across East Sussex.

The death toll was far worse in areas with high population concentrations.

Other larger Sussex towns suffered during the autumn 1918 outbreak as well.

In October 1918, the Sussex Express published an article about Spanish Flu’s devastating effect on Uckfield.

“The epidemic of influenza at Uckfield is not diminishing,” it read.

“Business is much hampered. Last weekend one shop in Framfield Road displayed in front of its drawn blind the notice, ‘Closed on account of illness’, and several tradespeople have been hardly put to it to carry on their work.

"The Steam Laundry, which ordinarily employs a score of more hands, has not been able to deal with any work this week, and one baker would have been obliged to leave customers breadless but for the kindly assistance of a friendly rival in the trade.

"The doctors are working at very high pressure, the approach of surgery hours being productive of queues."

Another article, published a month later, claimed that there had been three deaths in the town.

Even in rural areas of Sussex, the rationing, poverty and exhaustion that were a legacy of the First World War allowed the flu to spread quickly and exact a higher death toll than it otherwise would have done.

The Bexhill-on-Sea Observer pointed out how hard it was for Sussex folk to follow advice such as 'keep warm' and 'eat good food'.

“We might as well ask for the moon,” said the paper in November 1918. “The luxury of sitting in front of a roaring fire with all the windows open is not for rationed people.”

BEGINNING OF THE END 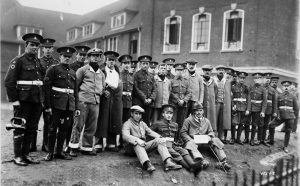 The third and final wave of the Spanish Flu swept through Sussex in January 1919.

While not as deadly as the earlier outbreak, it still accounted for 157 fatalities in East Sussex.

In under a year, this virulent disease had filled graveyards, depleted local populations and ripped apart the few families still intact following the war.

In total, the Spanish Flu killed an estimated 50 million people worldwide – more than double the death toll of WW1.

There are no memorials to them, but their deaths shaped the political and scientific landscapes fo years to come.

Many thanks to the Regency Society for the use of these pictures.