The Life and Times of the Pumpkin 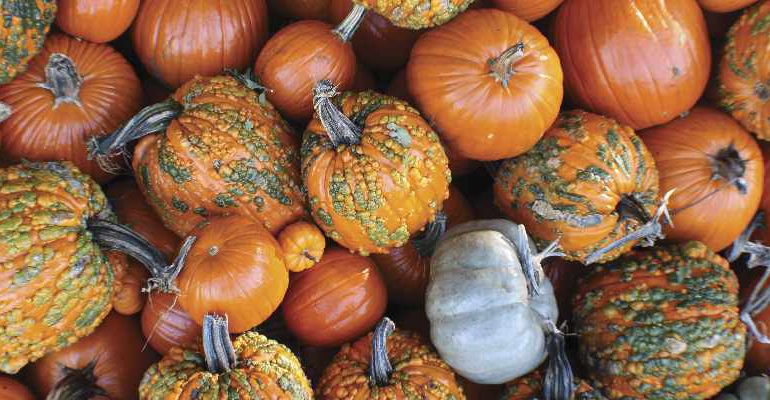 We take a look at all things pumpkin, its origins and its surprising number of uses

The pumpkin is a many-splendoured vegetable. Actually, this isn’t strictly true: the pumpkin is in fact a fruit.

Big, round and generally a rich deep orange colour (they can also come in green, white and blue), these giant winter squashes are relatively easy to grow and make excellent soup, pies, cakes and even beer.

They also have medicinal qualities for humans and their pets. Most of all, perhaps, in the minds of children they are indelibly linked to Halloween, as glowing jack-o’-lanterns.

Pumpkins are by no means a new phenomenon. It is thought that they’ve been around since at least 7,000 BC. Originally native to Mexico and the southern states of the United States of America, pumpkins are now grown all over the world.

China and India produce nearly half the yearly global crop of around 27 million tonnes. The largest fruits can exceed a tonne in weight. Britain grows more than 15 million pumpkins each year.

Sussex has a number of pumpkin patches which children can visit this month, to pick the biggest and most shapely specimen in readiness for October 31st.

Well over a million pumpkins are purchased annually in Britain, just for Halloween, meaning the fruit has cemented itself in popular culture.

Pumpkins have appeared in many fairy tales and folk law – Cinderella’s stagecoach, the headless horseman’s replacement head in Sleepy Hollow, Jack Pumpkinhead in the sequel to The Wizard of Oz and regular references in the Harry Potter stories.

When selecting a pumpkin for decoration, it’s best to choose one with its stalk still attached, firm to the touch with a deep orange colour, symmetrically round and free from blemishes, rot, cuts and soft spots.

It should be stored somewhere dry and handled as little as possible. If eating is your main priority, however, select a small one as their meat is sweeter and less stringy.

As well as being versatile, pumpkins are very nutritious – low in calories, fat and sodium, but rich in potassium and Vitamin A.

Pumpkin pie has always been closely associated with America’s Thanksgiving celebrations, but there are numerous ways of cooking pumpkins; they can be grilled, baked, broiled, steamed, curried or roasted whole in hot embers - as originally practiced by Native Americans.

The pumpkin shell, the leaves and even the flowers are also edible. Roasted pumpkin seeds are also very appetising. Their iron, vitamins, zinc and magnesium can be beneficial for the heart, diabetes, detoxification and a good night’s sleep.

Pumpkin seed oil can have medicinal qualities, sometimes helping with depression, healthy hair and skin, prostate and the menopause. If you fancy growing your own pumpkins, here’s a few tips.

Sow the seeds on their side at a depth of one inch in small compost-filled pots between April and June. Water regularly and when the roots start to show, move them to a larger pot.

Once the seedlings are established in early summer, plant them outside – six to ten feet apart in a sunny, sheltered spot. Feed and water them. Remove any substandard fruit, leaving two or three on each plant.

To avoid rotting, raise fruit off the ground on bricks or wood as they grow bigger. Remove any leaves that keep sunlight off the fruit. Protect them with straw if there’s a risk of an early frost.

Leave the fruit on the plant for as long as possible to mature and ripen. When the stem cracks and the skin feels tough, the fruit is ready for picking. Harvest with a long stalk before the first frost.

Expose the pumpkin to sunlight outside for ten days or keep it indoors for four days, to harden. Pumpkins can be stored for between four to six months. 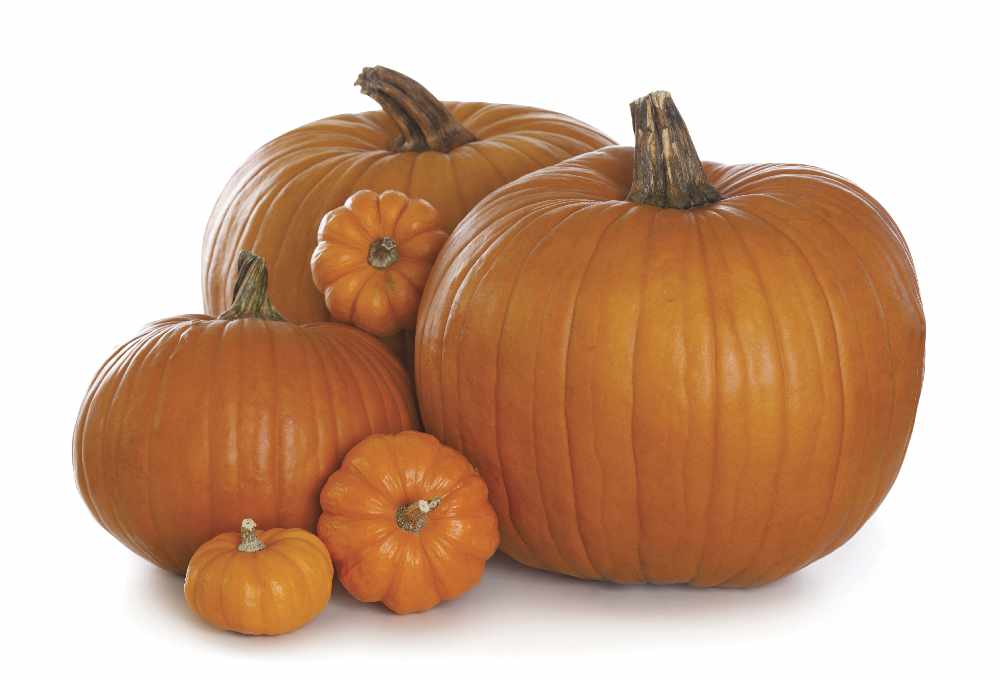