The Industrial Legacy of Burgess Hill 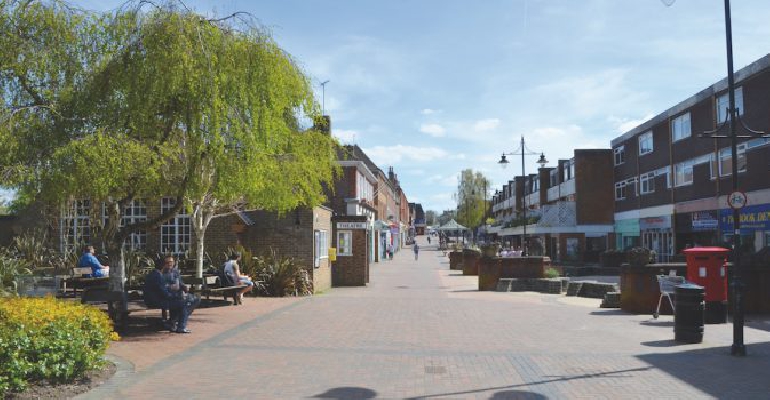 Modern day Burgess Hill bears little resemblance to the town that welcomed the railway in 1841, but dig a little deeper and the history is there. 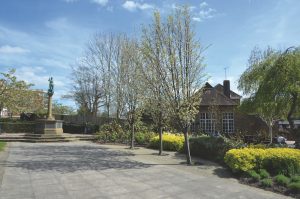 Burgess Hill has a significant industrial history and to travel around the town is to witness the legacy of those earlier days, and to experience the burgeoning present industry.

One of the oldest industries was the Keymer Brick and Tile Company, which evolved from the Ditchling Potteries, which were a collection of works including Dunstalls Farm.

One of the farm’s owners was John Pomfrey, who was a renowned brickmaker in Keymer in 1588.

From 1830 the century that followed witnessed three-quarters of Burgess Hill industry devoted to makings bricks, pottery and tiles.

Once the supply of clay was exhausted at Dunstalls Farm, production between 1860 and 1940 shifted to Nye Road, south- west of the Keymer Railway Junction.

There was once a factory and clay pit here that covered a fifty acre site.

Towards the end of the 1800s, the Nye Road works were the largest in the south of England, employing 300 workers and winning awards for the red terracotta ware.

So successful was this product that it was reintroduced in the 1990s, a sign that the industry here was forged on past triumphs.

Many workers lived on site in cottages that had brick making tables on the ground floor with living accommodation upstairs.

They were a style of dwelling known as a ‘birdcage.’

During World War II, the works were closed down but the buildings played a key part in the D-Day landings, being utilised as essential storage space by the Admiralty.

Immediately after the war there was heavy investment in the brickworks so that traditional methods could be maintained using new clay preparation machinery.

In recent times the factory was demolished and the brown field site has become populated with housing Today, Wealden clay is still used in the area to make these sought after tiles that clad roofs across the world. 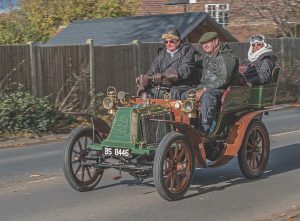 In 1897 the Victoria Pleasure Gardens were opened by Edwin Street, a well known local butcher and farmer, in honour of Queen Victoria’s Diamond Jubilee.

They were advertised as being “within eight minutes walk of Burgess Hill Station” and included amusements such as boating, cycling, tennis, see-saws and aerial flights on one of the first roller coaster switchbacks in the world.

It was promised that “the summer houses, bowers, seats and walks command a beautiful view of the charming lake and grounds.”

The lake was used for boating in summer and skating in winter, but only after Mr Street, who weighed 23 stone had tested it for safety.

These beautiful gardens closed during World War II and eventually closed for good.

In 1956, one of the first companies to move onto the Pleasure Gardens site was RH Corbett and Co., an engineering company who occupied an old wooden building.

The access road was extended from Victoria Road (now Victoria Close) westwards, terminating in a cul-de-sac.

The 30 acre site to the south of this road eventually accommodated about thirty factories.

The boating lake, once a site of jollity, amusement and fun, was filled in during 1977. 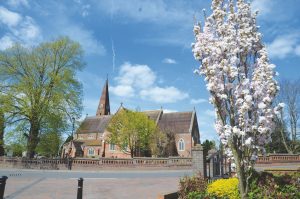 In 1986, a smaller industrial estate in the north of the town was developed at Sheddingdean, now known as Sheddingdean Business Park.

A new warehouse development is currently under development along the A2300 west of Burgess Hill, and close to the A23.

The Burgess Hill Business Park Association has about 150 members and hosts a regular programme of events for members.

It’s proved to be a highly regarded community for businesses in the town and enables members to network, share information and build rewarding relationships.

Burgess Hill’s industrial growth has enabled the town to develop over the last two centuries; firstly taking advantage of the railway, and latterly its proximity to the modern A23 between London, Gatwick and Brighton.

The future looks likely to attract an even greater diversity of businesses to the area with an inevitable economic boost for the town.