The Circle Of Love 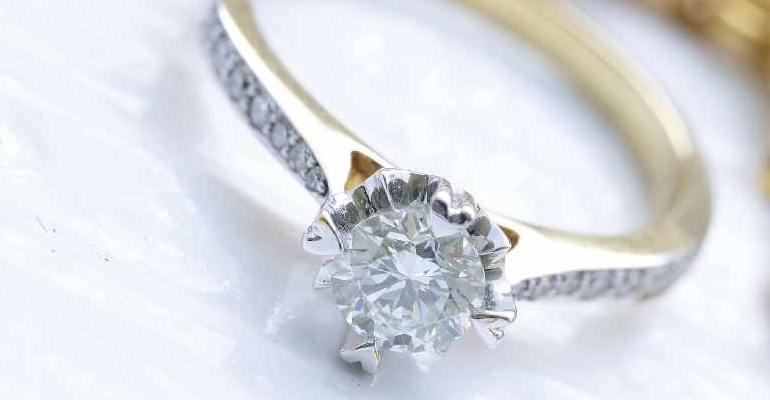 A ring is a never-ending circle which makes it the perfect symbol of love. Whether for engagement, wedding or eternity, Adele Trathan explores the symbolism of offering this gift of love

Throughout the ages, the wearing of a ring has become symbolic of commitment and the promise of eternal love, even in Ancient Egypt a betrothed couple exchanged rings made from braided reeds. They believed the circle symbolised eternity and reflected their unity as a couple. It was the Romans that introduced the custom for wearing the ring on the left hand third-finger, as they believed (incorrectly) that this finger connected directly to the heart via the vena amoris or the vein of love. These traditions have been carried throughout history and even now, in western culture, the ring has been adapted to symbolise significant milestones in a relationship.

Engagement rings are steeped in tradition as historically they represented a formal agreement to a future marriage. This was significant in that it united not just the couple but the union of properties, titles and families. These days, an engagement ring represents a couple in readiness to marry and has a more romantic connotation. The engagement ring tends to be the ring leader – a more show-stopping piece to show the world commitment to each other. Diamond rings became popular in the 1940s after the famous slogan, ‘diamonds are forever’ was launched by a diamond mining company. These days engagement rings are as individual as the couple marrying. Gemstones are chosen through personal preference, sentimentality, and the intent and thought behind the design. The most important consideration should be the meaning that the ring holds for the couple, not how much has been spent.

The wedding ring represented commitment, love and faithfulness between two people and was synonymous with the vows exchanged on the wedding day. Wedding bands tended to be less extravagant than the engagement ring as they are generally worn every day throughout the couple’s life. They were more practical and comfortable to wear and often just a simple band made from a precious metal. Some wedding rings are now  shaped to fit around the engagement ring, so they sit comfortably with the wedding band. They can also combine precious stones that create a stackable design with the engagement ring. Matching rings have become increasingly popular as a beautiful way to tie the unity together.

The final symbolic circle of love is the eternity ring. This was usually a gift after a significant milestone, such as a momentous anniversary or birth of a child, as a reminder of everlasting love. Typically, this would be a simple band of precious metal inlaid with a continuous line of small identically cut gemstones. As this style can be quite cumbersome to wear there is the ‘half-eternity’ option when only the front of the ring contains gemstones to make it more comfortable and easy to wear.

So, what about gemstones? History and archaeology have demonstrated that gemstones were not only treasured for their value and beauty, but many have been appreciated for their spiritual attributes as well. Here are some of the more popular gemstones and their reported properties. 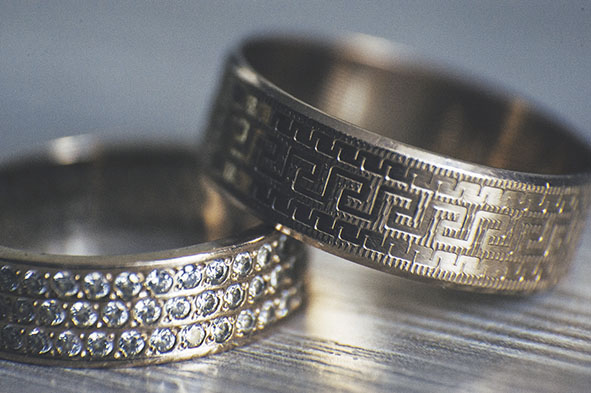 In ancient history, the diamond was used for detoxification as it is said to protect from poison. It is also believed to absorb and amplify the thoughts of the user.

This stone is thought to have a host of properties and has been stated to aid fertility, improve eyesight, relieve insomnia and promote peaceful dreams, as well as lifting depression and encourage balance and patience.

The red ruby is said to be a protector from misfortune and bad health as well as a symbol of vitality and royalty. If given as a gift, the ruby is a symbol of friendship and love and was used to open the heart to promote love.

The ancients believed that sapphires could help predict the future and it has long associations with peace and happiness. It is also reported to help with inspiration, intuition, insight and communication.

This stone is known as the stone of ‘gentle love’, bringing peace and calm to relationships. It is also said to be excellent for healing emotional wounds, removing negativity and restoring harmony after conflict.

A traditional stone for gardeners as it is said to bring bountiful harvests. A stone of serenity, thought to alleviate anxiety and fear and promote good luck and prosperity. 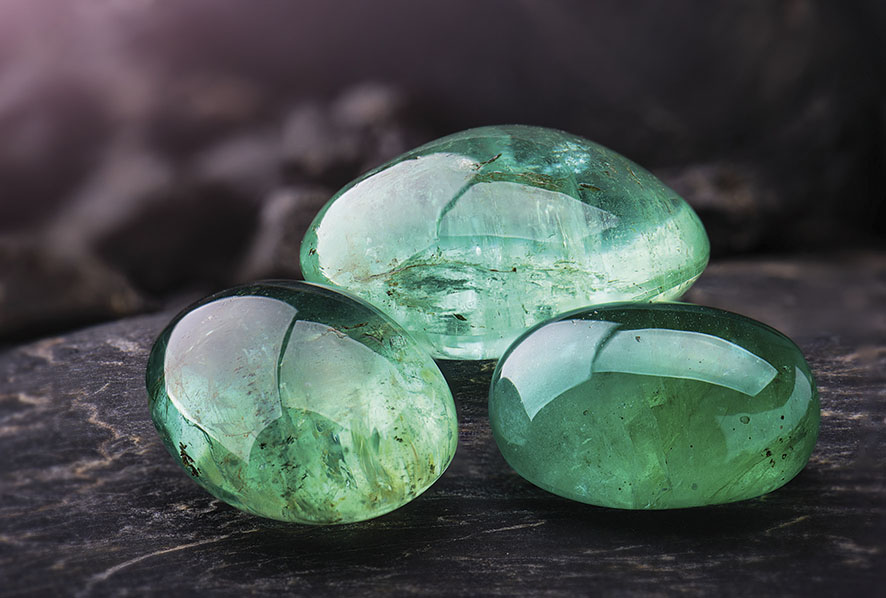