Historical Hurst: Discovering the Delights of a Mid Sussex village 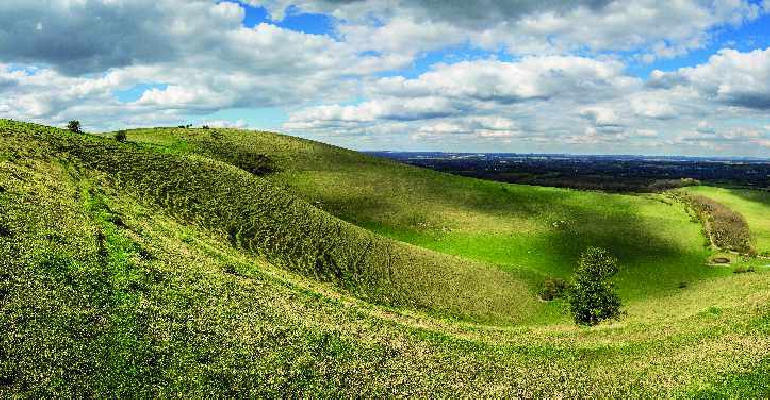 The beautiful and bustling village of Hurstpierpoint is set snuggly into the rolling South Downs and, for a relatively small country village, it is simply bursting with life 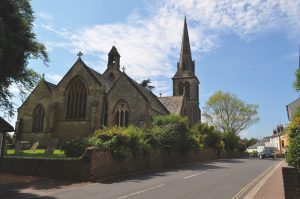 Hurstpierpoint sits surrounded by gorgeous countryside with an attractive High Street that boasts a substantial number of character- filled period buildings and is home to an array of quirky cafes, independent shops and handy businesses.

The village is also home to many sports and social clubs, a cinema, theatre and arts festival in September.

Located close enough to the A23 to make an easy commute to Brighton and under 40 miles to London, the village has retained its compact, community rich vibe despite having the facilities that would usually belong to a larger settlement.

The village has Anglo-Saxon origins which followed the withdrawal of the Romans from England in AD 410; the name ‘hurst’ is an Anglo- Saxon word for a wooded hill.

Centuries later, the Domesday Book records Hurstpierpoint in two parts, Hurst and Wickham, being given by the King William to his ally William de Warenne.

The manor of Hurst was given to Robert de Pierpoint who added his family name to that of the manor with the village at its centre.

During Tudor times, an increase in prosperity and population led the wealthier yeomen to rebuild their houses with better quality timber framing, some of these buildings still survive in the village today.

Once the 18th century came along, land ownership was concentrated in the hands of a few wealthy local families but greater mechanisation and livestock improvement had a beneficial effect on the income of tenant farmers who helped supply food for the growing capital.

The wool and cloth industries were important parts of the local economy; sheep were reared on the Downs and the wool was washed with lye produced at local mills before being spun, carded, dyed and woven into cloth.

A process known as ‘fulling’ (scouring, cleansing and thickening of the cloth by beating it in water) was carried out at local watermills known as fulling mills. 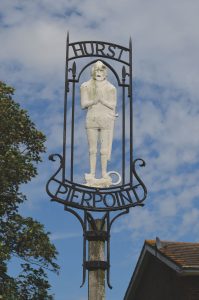 Tanning was another significant local industry where sheep, goat and cattle skins were tanned in a mixture of oak bark and water at tanneries on the edge of the village, due to the unpleasant smell.

The leather produced was used by local crafts and trades people including saddlers, collar makers, cordwainers and shoemakers.

By the time the village was expanding in the 19th century, brick making yards sprang up using Weald clay that could also be utilised for pottery, tiles and facing bricks.

When transport was by packhorse, wagon or horse, the village supported two blacksmiths and five wheelwrights and there were horse keepers who hired horses, coachmen to the gentry and numerous stable lads and grooms.

After the opening of the London to Brighton railway in 1841, a horse drawn omnibus travelled back and forth between the village and Hassocks Gate Station and the first commuters were attracted to Hurst.

Although Hurst has had a church since Anglo Saxon times, the current Church of the Holy Trinity only dates from the 1840s, built to a design by Charles Barry, the same architect who designed the Houses of Parliament.

Barry’s initial designs were rejected for being too expensive and eventually, the sum of £7,500 was agreed for an ambitious design that took two years to build after the ancient original church was demolished.

The interior has a grandeur that exceeds its outer proportions; it was made to seat a thousand people, which at that time would have been half the population of the village.

Queen Victoria’s clockmaker of the firm Clockmaker to the Crown, Benjamin Lewis Vulliamy, made the clock which was raised higher than Barry’s original plan to make it more visible.

The church is home to eight bells, the oldest of which dates from 1775 and the Bell Ringers of Holy Trinity are a small band of ringers who practice on a Thursday evening in the belfry.

A group of ten hand bell ringers perform tune ringing in another group and they have a wide repertoire of music hall, folk and popular classical tunes which they perform for local groups and charities using the church’s set of 25 hand bells cast by the Whitechapel Foundry. 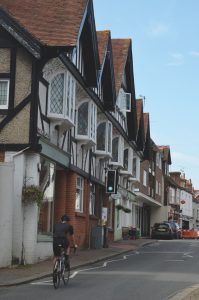 Another ancient part of Hurstpierpoint’s history is still going strong today with the St Lawrence Fair, held since the 14th century; granted a charter by King Edward II, the fair celebrates St Lawrence, the patron saint of the village.

Apart from the years during WWI and WWII, the fair has reputedly run every year and now runs over several days with a carnival procession, a fun run, an original vintage funfair and lots of competitions and events for local children.

Traditionally the fair was and is held on the first weekend in July but for many years after 1775, it was moved to May and was listed in a Kelly’s Directory in 1885 as being “a pleasure fair on 1st May”.

It had something of a carnival spirit and records report that local woman Violet Morley who was born in 1901, remembered how “a hurdy- gurdy would go round the village in the morning, playing tunes to let people know the fun had started.”

With such a rich history, vivid present and architectural beauty, Hurst is one of the most enviable villages in the county; renowned for its close knit, welcoming feel, it appeals to those who appreciate an eclectic mixture of culture, countryside and community.