Emblems Of Gold In A Field Of Blue 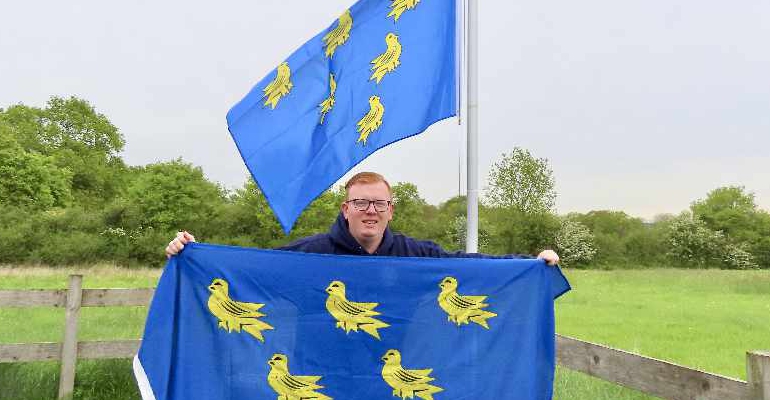 Can it be true that Sussex has its’ own flag? It is and it does and it’s rather impressive, just like the back-story as Robert Veitch discovered when he met Brady Ells

The sight of six yellow birds on a vivid blue background is one that’s become increasingly frequent over the last decade, but how did it come to be and what are those birds with fluffy feet?

Those fluffy footed avians are mythical martlets. A martlet has feathers instead of feet because it’s always airborne, which infers continuous effort, plus a thirst for knowledge and adventure. The word martlet derives from the bird name martin and the suffix let meaning smaller.

The venerable heraldic shield of Sussex pictures six gold martlets on a blue background using one bird as an emblem for each historic rape: Chichester, Arundel, Bramber, Lewes, Pevensey and Hastings.

Martlets have appeared on heraldic shields in Sussex since the 14th century. Back then it was on the coat of arms belonging to Sir John de Radynden and featured silver birds on a blue background. Sir John was from Brighton and represented Sussex as a Knight of the shire. When Sir John’s daughter married into the Dallingridge family of Bodiam Castle a shield comprising of six martlets was carved into the castle gatehouse. 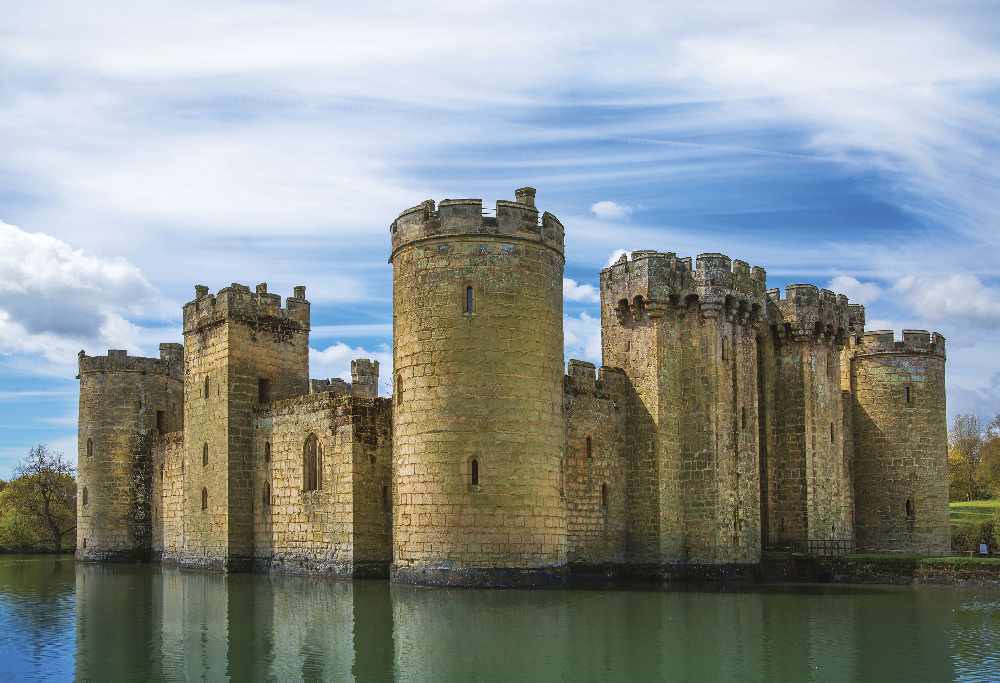 Over time, Martlets came to be seen as an emblem of Sussex, they started to represent an area, not just an individual.

During the early 17th century, John Speed, the renowned cartographer of the era used Sir John de Radynden’s shield to represent the Kingdom of the South Saxons in his work. The martlets evolved from silver to gold but the background remained blue. The design became incorporated into many emblems across the county over subsequent years; including Sussex Police, Sussex County Cricket Club, Sussex County Football Association and The University of Sussex shield.

In 2011 Brady Ells created the Sussex Flag with the help of his father, David. He lived in Heathfield then, but resides in Plumpton Green these days. “I first became interested in flags around the time of the millennium. On a trip to London, we travelled down The Mall and the flags of the Commonwealth were on display. I ticked off most of my I-Spy book that day and became fascinated by the colours and history associated with flags,” or vexillology as it’s otherwise known.

Brady’s campaign for a recognised flag began with the title St. Richards Flag in reference to patron saint of the county. Brady, who was 17 at the time undertook some research and came up with the design – based on the old heraldic shield.

Other flags had been created to represent Sussex, but none had been registered. David and Brady had their flag registered at the Flag Institute in May 2011 and it was first flown at Lewes Castle on 28th May 2011. 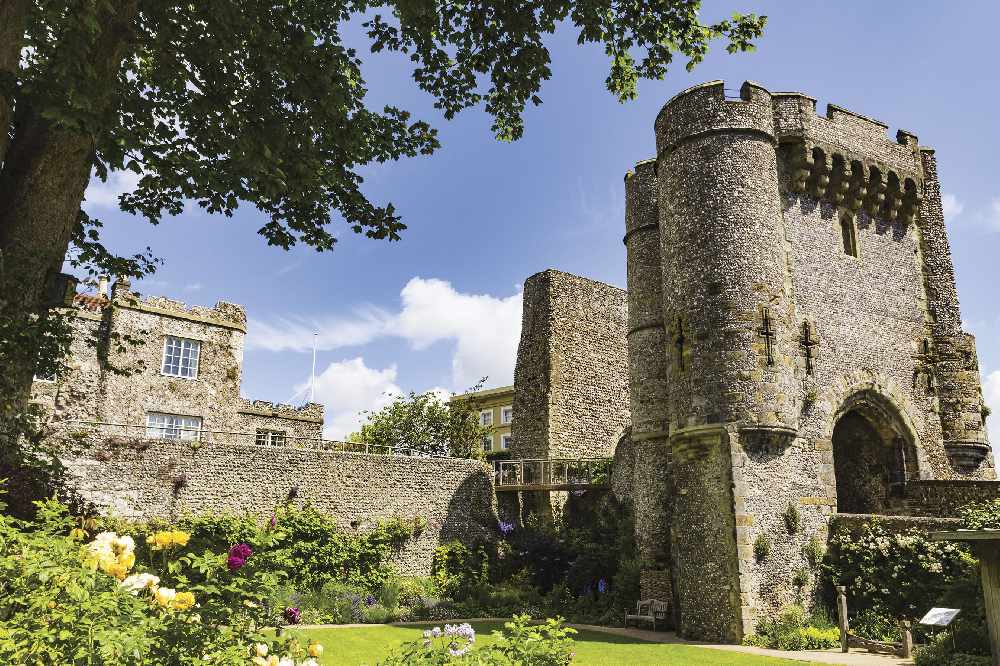 The Flag Institute is an educational charity that’s been flying high since 1971. Based in Hull, it maintains the unofficial registry of flags in the UK and can help with almost anything vexillologically related. However, The College of Arms in London remains the only official authority on flags, although these are only awarded to individual’s not geographic areas. The Duke of Norfolk who lives in Arundel Castle heads up The College of Arms.

The 1888 Local Government Act divided Sussex into East and West, administratively in 1889. Brighton and Hove gained unitary authority status in 1997 having previoulsy been an independent ‘county’ borough from 1888-1974. Some suggest the psychological Berlin Wall needs dismantling and that spiritual reunification is the way forward with the Sussex Flag being part of this. “It would be nice to just have ‘Sussex’ signs around the county periphery at the borders with Kent, Surrey and Hampshire,” observed Brady.

The Sussex Flag is free of copyright to be flown without permission and with Sussex Day on June 16th it could be time to feel part of a countywide community. “I’m a flag fanatic,” observed Brady, “Flags should be for everyone, not hijacked for political reasons. People should be proud to fly the Sussex Flag.”