Crawley: In with the New 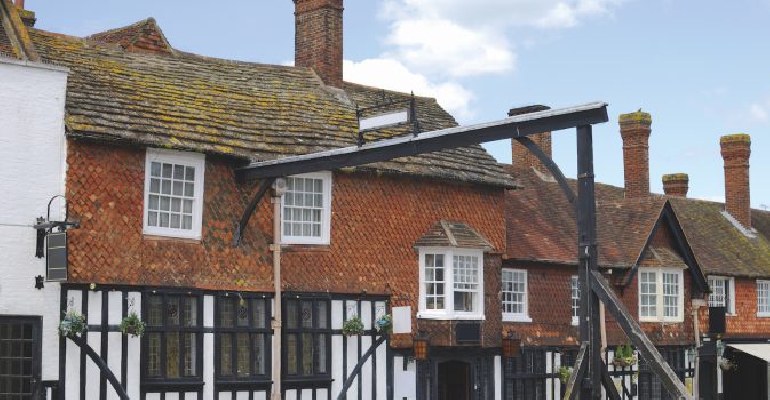 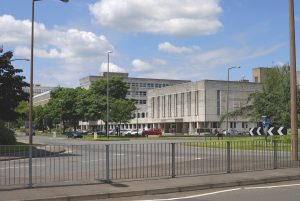 Before the first written record of Crawley dated from 1202, the area was known as Crow’s Leah, meaning Crow’s Wood in Saxon times.

Fast forward several centuries and the town offered an hourly coaching service between London and Brighton and soon the railway would open stations at Three Bridges and later Crawley, providing not only superb transport links but employment for a quarter of the population.

An expansion in house building in the late 19th century created an area known as ‘New Town’ (unrelated to post war developments) around the railway crossing and down the Brighton Road.

An airfield was built in 1930 on land near the racecourse which had been in operation since 1891.

By the outbreak of WWII, Crawley had grown into a prosperous town serving a wide rural area.

In 1946 the New Towns Act identified Crawley as being suitable for the building of a New Town which would encompass land between Three Bridges, Ifield and Crawley, increasing population fourfold.

The intention was to create ‘self contained and balanced communities for work and living.’ In parallel, the next few years would also see the development of nearby Gatwick.

In 1950 the future Queen, Princess Elizabeth came to open the industrial estate on the site of Manor Farm, naming it Manor Royal.

This event made the idea of the New Town a reality for the population. To celebrate the Festival of Britain, local bodies around the country arranged events to mark Britain’s heritage and Crawley organised an ‘Historic Crawley’ display with over a thousand exhibits.

There was an intense interest in the area’s local history from residents and objects sourced for the display included old church hand bells, an Elizabethan church plate and a 17th century trade token.

Some of the town’s residents could trace their ancestry in the area back centuries and there was a tangible feeling of community belonging that emerged from a series of lectures that took place on various aspects of local history.

Anyone who had experienced life in London before and during the war would have experienced overcrowding, insanitary conditions and poor facilities and those who made the move to the New Town of Crawley would have found their lives transformed. Houses had gardens, gas, electricity, an indoor toilet and people from ‘The Smoke’ commented on the sweet fresh air that greeted them.

Many of the new residents had family still living in the capital and each weekend there was an exodus ‘back home’, meaning improved business for the taxi services on Sunday evenings when they returned to Crawley. 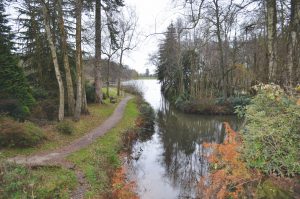 It wasn’t until the 1970s that building to create new neighbourhoods at Broadfield and Bewbush began, followed by Ifield West on the western fringes of the town. Maidenbower followed in 1986 and as recently as 2011, the fourteenth neighbourhood was created on land at Tinsley Green.

It was named Forge Wood after the ancient woodland enclosed within the development.

In little over a century, the town’s population increased from around 5,000 to over 112,000, making it the second most densely populated district in West Sussex after Worthing.

Unemployment is low; during the 1980s Crawley boasted the lowest levels in the UK, and continuous investment has made it one of the most important business and employment centres in the south east of England.

The increased population of Crawley and its proximity to London have led it to become a popular destination for shoppers who enjoy finding everything they require under one roof.

There’s enough parking space for 1700 cars so there’s no need to fret about hurrying back to your vehicle to feed the meter.

Fashion, health and beauty products, books, electrical goods, homeware, luggage, footwear, jewellery; its all here in the January sales which promise to save you money on the items you’ve coveted all year.

Students get particularly good deals with discounts ranging from 10-25% at participating stores all year round.

Away from the centre there are 16 neighbourhood parades offering 180 shops giving you the chance to shop while avoiding the crowds.

Once the urge to shop has worn off, there are the stunning natural surroundings of many parks and green spaces in Crawley to enjoy, which include; Goffs Park, where you can find a model railway, pitch and put, play area and Goffs Park House which is home to Crawley Museum Society.

Buchan Country Park, which has won the Green Flag Award, and of course Tilgate Park, which also has a Green Flag Award. Lakes, gardens, lawns and miles of woodland comprise Tilgate Park, as well as the Nature Centre and The Walled Garden Community Café which is run by the charity Groundwork South and provides a welcome place to refuel before heading out on one of the relaxing walking routes around the park.

Interestingly, one of the past head gardeners at the Walled Garden, Mr George Cook was crowned Britain’s oldest man at 108 before he passed away in 1997; he had worked in the gardens for over sixty years.

Spring will bring out the grandeur of the tree and shrub collections at Tilgate Park when the magnificent rhododendrons will be in bloom.

Heather gardens offer an unusual retreat and the Peace Garden commemorates the end of WWII.

From its modest origins, Crawley has grown in size and culture and although it is an important transport hub of the south east, there are numerous options for entertainment, shopping and recreation to enjoy in the visionary New Town itself.