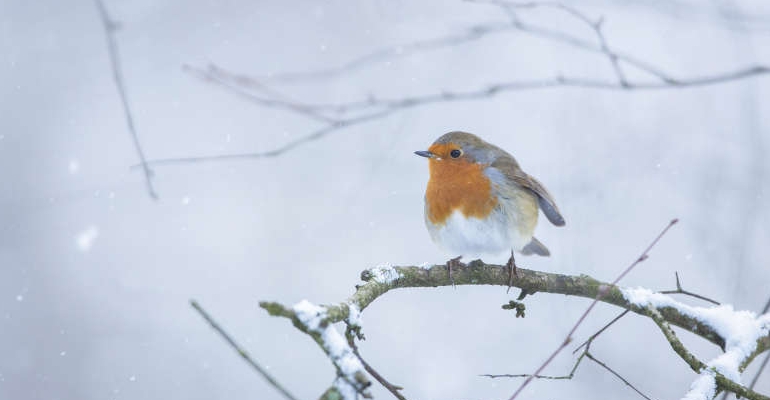 Have you ever wondered why we associate robins with Christmas? Becca Smith from the RSPB explains how the link came to be, and how we can help our feathered friends through the winter

Crowned Britain’s National Bird, the robin is a firm favourite amongst the country’s feathered friends, especially at Christmas time.

Associated with Christmas since the 1900s, the relationship between robins and the festive season is inspired by the bright red uniforms of Victorian postmen. As Christmas cards arrived through the post, the ‘Robin Redbreast’ link was made between the familiar little bird and the spreading of Christmas cheer via the Royal Mail, which has led to them featuring on many a Christmas card ever since.

Another tale says the plain brown robin was beside Jesus on the cross, singing to comfort him during his death. A drop of Christ’s blood dripped down and stained the breast of the robin, leaving it forever red.

As a familiar garden bird to many, robins may be seen all year round. It’s  often an inquisitive robin that appears while gardening, particularly when soil is being turned over; often coming much closer than other birds would dare. Male robins are territorial which is why it’s not that common to see two together. The average lifespan of a robin is just over a year, though many will live longer than that. 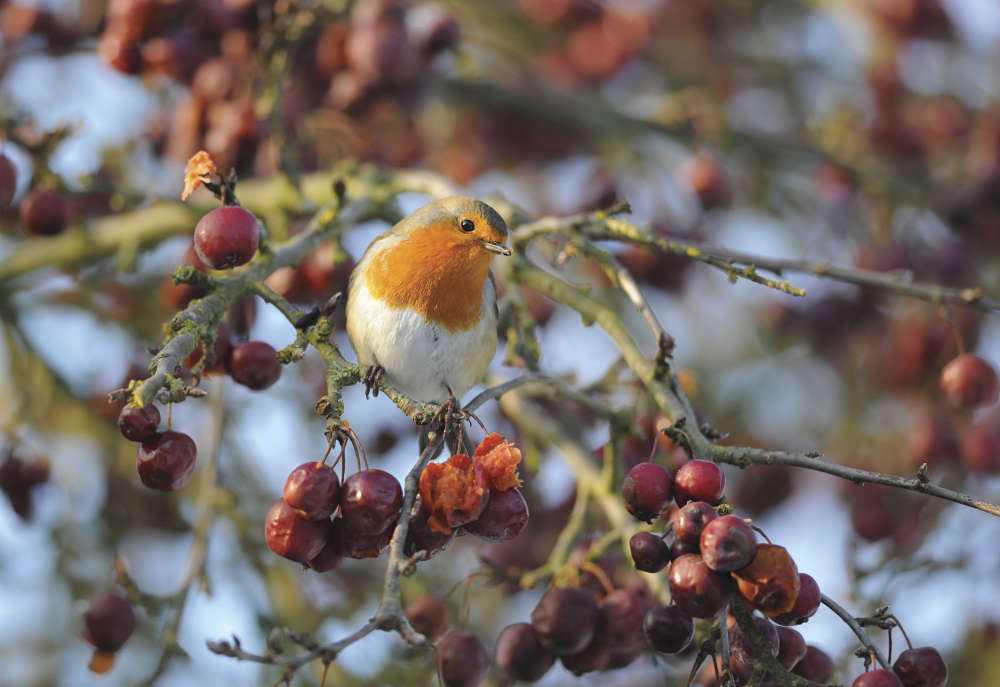 Robins are most in need of your help during the winter months  when natural food supplies run low, according to the RSPB. While you’ve got your eyes peeled for robins, you may notice the holly growing despite the cold weather. According to the charity, this new growth is great for wildlife; the berries provide vital winter food for birds. Ivy is also a fantastic late season nectar source for insects, which in turn helps the birds. To help nature’s larder go a little further, why not check out the RSPB’s guide to helping the nature on your doorstep by gardening with wildlife in mind.

The charity, who have been monitoring trends in garden bird numbers for over 40 years, report that robin numbers have declined by 32% since 1979. Therefore, the RSPB is urging the public to keep their feeders stocked and water topped up as our feathered friends head to gardens in search of food.

Thankfully, the RSPB are on hand to provide top tips on how to attract wildlife to your garden as part of their popular Big Garden Birdwatch survey, which last year saw over a million people take an hour to count their garden birds in the UK’s biggest citizen science survey.

To take part in the Big Garden Birdwatch, which runs from Friday 28th January to Sunday 30th January 2022, visit www.rspb.org.uk/birdwatch or text BIRD to 70030 for your FREE guide, which includes a bird identification chart, top tips for your birdwatch and RSPB shop voucher. 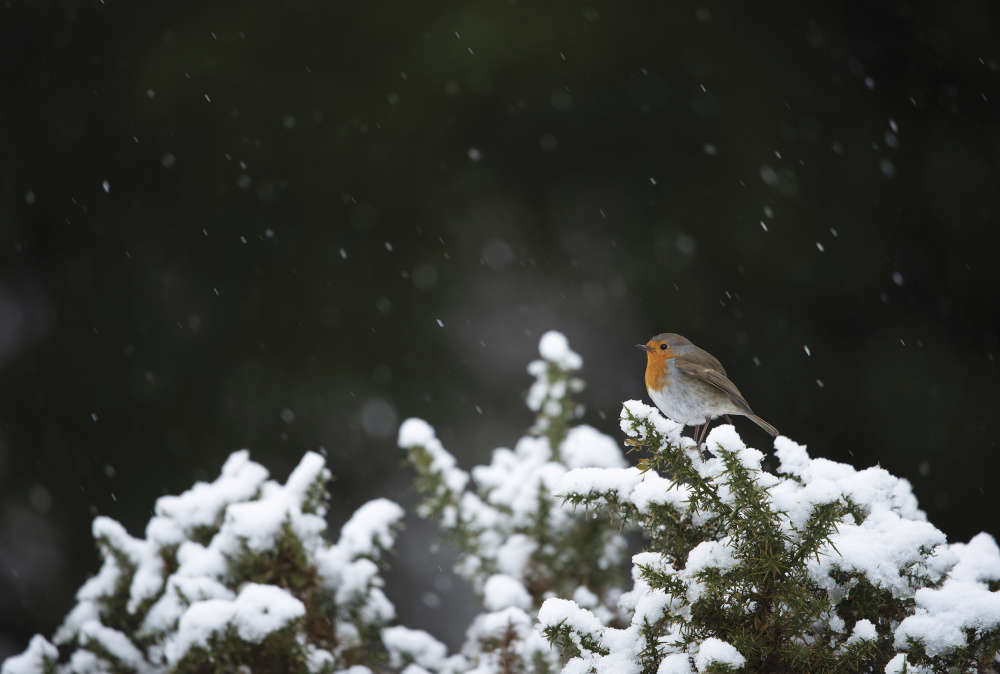 A Partridge in a Pear Tree

A popular Christmas song, a partridge in a pear tree is all about the birds. Sadly, the song title is a little misleading, as partridges are ground nesting birds and so the chances of finding them roosting in a pear tree are very slim, probably close to non-existent. In fact, over half of England’s most threatened breeding bird species nest on or near the ground, and grey partridges are on the RSPB’s red list for conservation concern, and so you’ll be lucky to spot one. According to the RSPB, 1 in 4 of the UK’s bird species are now on this ‘red list’ and at risk of going extinct. 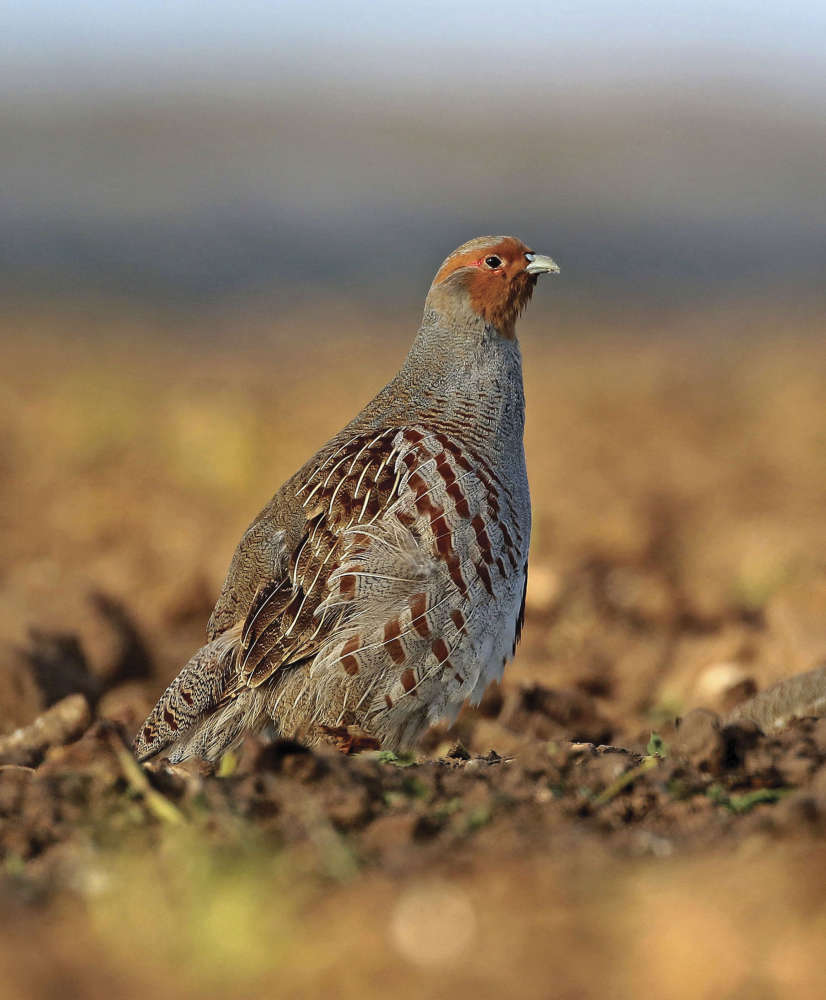