Don't Rain On Our Paper Plates – The Silver Jubilee In Sussex 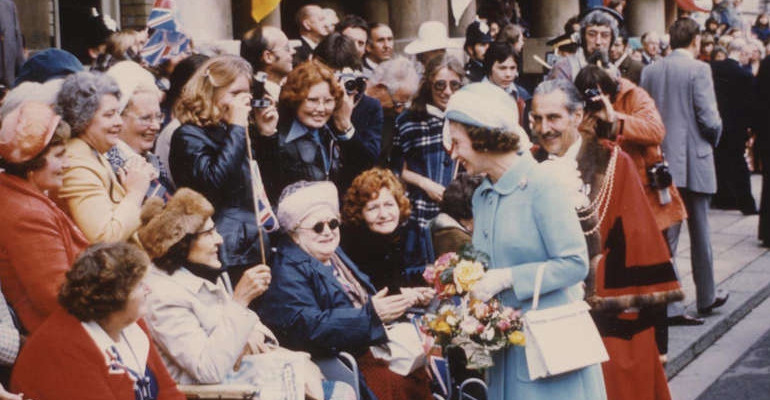 With the word jubilee having prominence again this year, Lindsey Tydeman has been delving into the records at The Keep and looking back at 1977, the year of the street party, home-made decorations, planning committees, and communities coming together for the Silver Jubilee

In May 1977, Her Majesty the Queen asked that ‘Unity of the Nation’ be the theme of her Silver Jubilee celebrations. She would have been delighted with efforts made by the towns and villages of Sussex, who came together – often under trying circumstances – to demonstrate their loyalty to the Crown.

Perhaps the biggest challenge in summer 1977 was the British weather. Rain and wind feature largely in people’s memories of the Silver Jubilee. A procession of 12 floats went through West Hoathly village, ‘in spite of the cold wind and rain’. In Crawley, the decorated paper Jubilee tablecloths lasted only a few seconds when the rain poured down at 2pm and ‘had to be disposed of’, according to local resident Mrs Shelton. Then, ‘the children and pensioners stood in the rain to take part in, or judge, the fancy dress.’ When the food was put out, adults and children rushed to eat as much as possible before it rained again, and when it did, the plates were put under the table. In East Dean, remembers Jane Booth- Clibborn, ‘There was a gale blowing. It wasn’t only the alcohol!’

In Brighton’s Waldegrave Road, residents refused to be put off by grim forecasts, lack of bunting and the fact that ‘our very nice flag had disappeared from its anchorage overnight, never to be seen again!’ One family provided painted and cut-out bunting from paper scraps, another put their stereo speakers as far out on the pavement as possible, while a third wheeled their piano out into the street. The sheets donated by two retired ladies for use as tablecloths had to have their corners pinned together quickly to withstand, ‘the very boisterous wind.’ 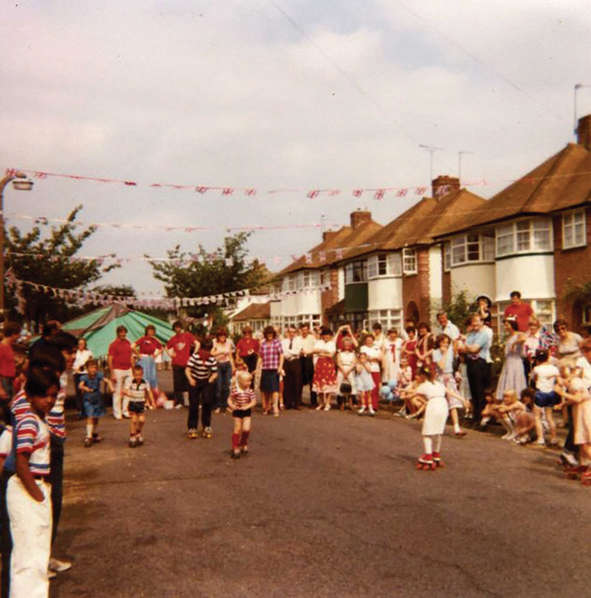 Many Sussex villages had formed committees several months earlier to plan an ambitious week or even summer- long celebrations. Absolutely fundamental to the occasion were the local children, so they enjoyed sports days, pageants, fancy dress, donkey rides and, in Newick, a gymkhana. Several villages chose a local girl to be queen for the week. West Hoathly invited girls who were having their 13th, 14th, 15th or 16th birthdays during 1977 to apply to be the ‘Jubilee Queen’. Adults had village feasts, piano recitals, concerts, football, ‘elimination dancing’ and discos. In Ditchling, Dame Vera led an evening of ‘Jubilation’; in Cuckfield you could have tea at the vicarage, and in Eastbourne you could go up to Beachy Head to watch the lighting of the beacon.

What were people’s lasting memories of the Silver Jubilee celebrations? For many it was the sight of neighbours who had lived in the same street for years, getting to know each other for the first time. For Eastbourne resident Christopher Richards, it was the local mayor being driven around in an open-topped bus in his Union Jack top-hat. ‘He visited every street party in Eastbourne.’ In Brighton it was the faces of the youngest children, ‘showing their wonder and excitement at being allowed out into the middle of the road... normally something quite forbidden.’ In East Dean it was dancers sliding over on a sloping, chalk-covered dance floor and ‘hurtling to the bottom end of the marquee.’ Fortunately, there are no records of any injuries.

Celebrations in 2022 may not be quite the same as in 1977. It would be difficult to find enough space hoppers in East Dean for a space hopper race, and perhaps the demonstration of wartime marching with brooms at slope-arm position (Waldegrave Road) might not be appreciated. But most parties will probably end with the same toast: ‘The Queen’.

These reminiscences were collected by the organisation Mass Observation www.massobs.org.uk and are now held at The Keep archive in Falmer www.thekeep.info 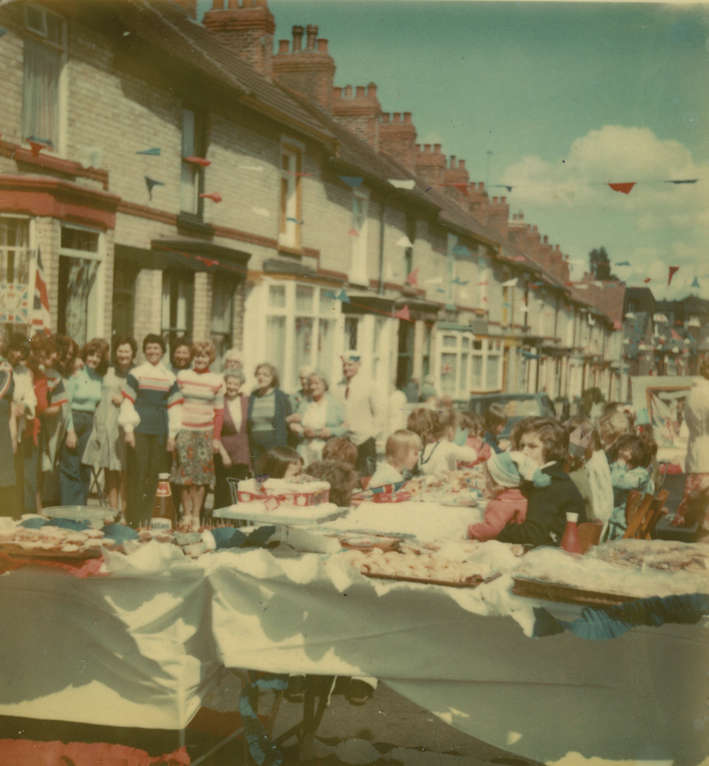