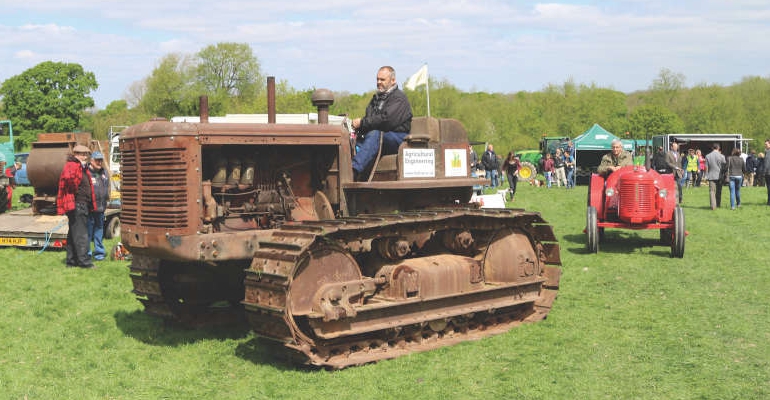 For the folk that restore and maintain vintage agricultural equipment it’s a year round labour of love, as Robert Veitch discovered when he met three members of SEVAC, the South Eastern Vintage Agricultural Club

We had done a show at Frant and Rotherfield before we set up on our own. We started in a pub with six or seven people and an idea,” recalled Bernard Pike, “but by the evening of the inaugural meeting at a farm near Sheffield Park 30-40 people had got word. It was a stormy night and there was flooding at the farm, so we moved to a pub near Scaynes Hill and packed the place out.”

That was in 1990 and having been one of the original six or seven, Bernard has remained a member ever since. The club formed that night is SEVAC, the South Eastern Vintage Agricultural Club.

Thirty-one years later Bernard’s son, Steve Pike, is Chairman of SEVAC and while not one of those original six or seven, he’s been on and off the footplate since 1990. “I’m in my second stint,” he revealed. “Our constitution limits the chair to three years before a change of personnel, which is good. It prevents things going stale and allows new and different ideas to flow through the club.”

SEVAC celebrate an agricultural way of life. “We have an interest in vintage agricultural vehicles and other associated machinery. We don’t see museum pieces,” said Steve, “we see active machinery.” 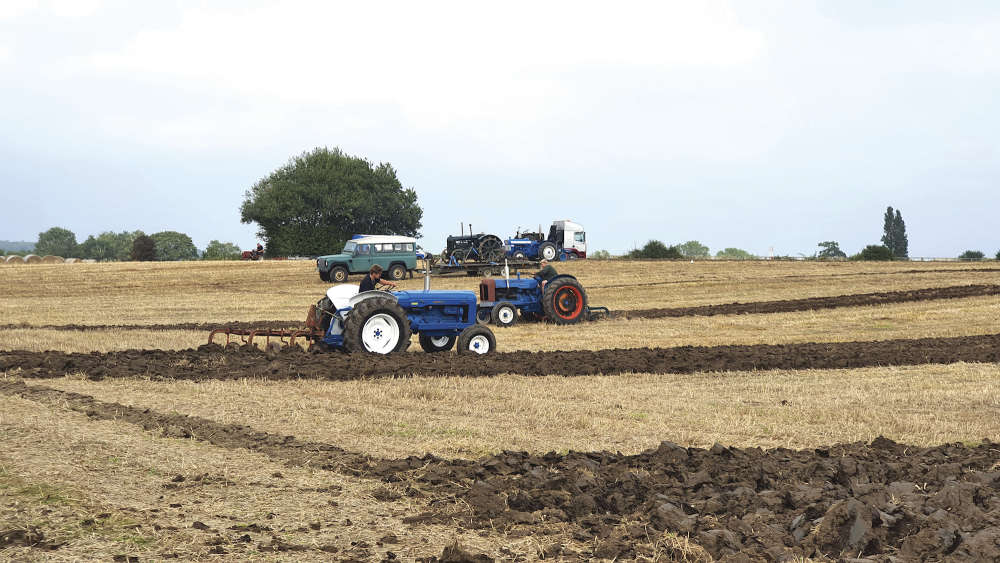 Caz Pike, Steve’s wife, was eased into SEVAC via their marriage. It’s proved compatible with her ‘outdoorsy nature’ and she’s written the monthly newsletter since 2015. Caz was keen to point out, “About 20% of the membership is female and the committee is an even split of men and women.”

There are around 200 members in SEVAC, but with the addition of family affiliations the club contains closer to 600 people. New members are very welcome at this friendly club and get onboard at shows, through word of mouth, or the website. Steve told me the membership is incredibly varied. “People come from all walks of life, backgrounds, and ages, but the vast majority have some sort of connection to farming, mechanics or engineering in their background… plus the odd one or two who have purchased an old tractor and don’t know how to keep it going.”

Members maintain their own machinery, but being a club, members help each other out as Steve noted, “There is a fantastic feeling of camaraderie, a real team spirit and willingness to help.” Bernard added, “One of the wonderful things about SEVAC is the comradeship among members and the brotherhood with other clubs, plus the ongoing friendships that are made and sustained over the years.”

Although SEVAC members enjoy displaying their machinery at static shows, what they really like to do is work the machinery. There are hedge-laying days, cider making days and ploughing days. Bernard recalled a recent ploughing day with irrefutable delight. “We had younger members learning how to do it, and older members keen to teach them – a real mix of enthusiasm through the generations.” Tingles Trundle at Ashburnham is a popular annual ‘road run’ that involves around 80 tractors each September, although ‘road run’ is a deceptive term as a great deal of the activity takes place off road. 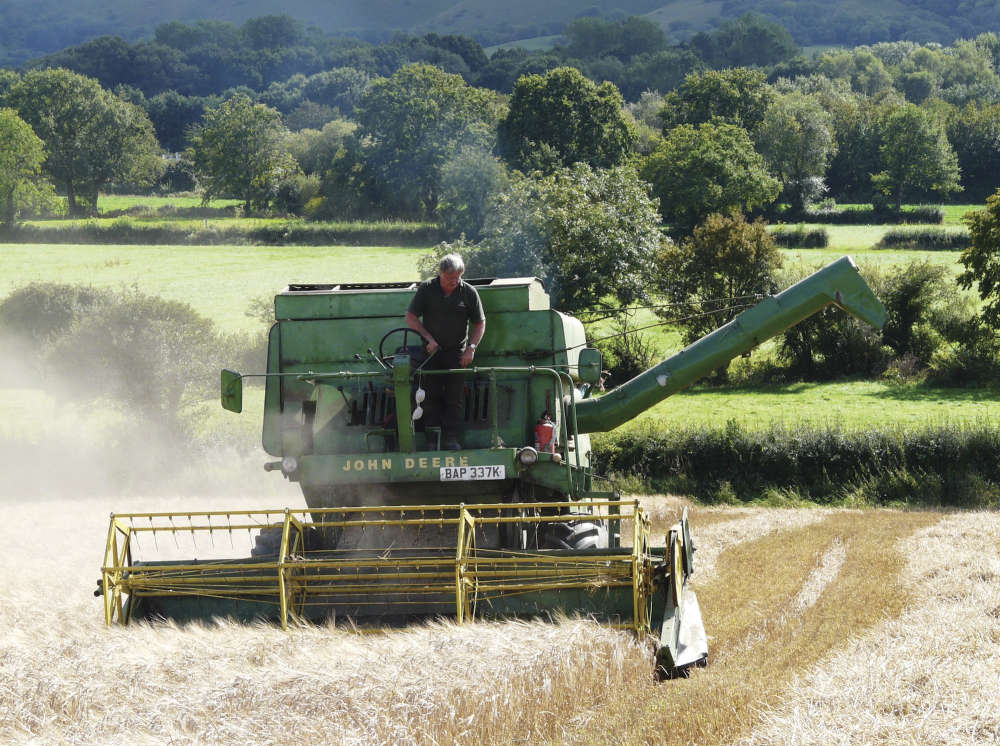 SEVAC members also make their machinery available for film and TV work, weddings, and photography. With some tractor types, there aren’t many left in working condition so preserving the rarity is paramount.

For Alice Roberts 2019 TV programme, Britain’s Most Historic Towns, Bernard taught the presenter how to plough as she learnt to be a WWII Land Girl. “We filmed all day and after we finished, she wanted to drive around the field again and plough more furrows,” he chuckled.

Bernard has lived all his life in Crowborough and believes, “once farming is in your blood it never leaves. I was brought up on a farm near Steel Cross and agriculture runs through my veins. To see a working Fordson Model N with a two furrow plough in the 21st century epitomises memories from my youth.” The American, Henry Ford, wasn’t allowed to call his tractors Fords because there was another Ford company building tractors, so rather cheekily he chose the Fordson name, which lasted until 1964, when it was finally abbreviated to Ford.

Steve and Bernard own seven tractors, dating back as far as 1939. While Bernard still cherishes the Fordson, Steve would plump for an International Harvester if given free reign, but for Caz it’s the Allis-Chalmers Model B that has the X-Tractor appeal. You might need to be 17 to drive a car, but you only need to be 13 to drive a tractor. 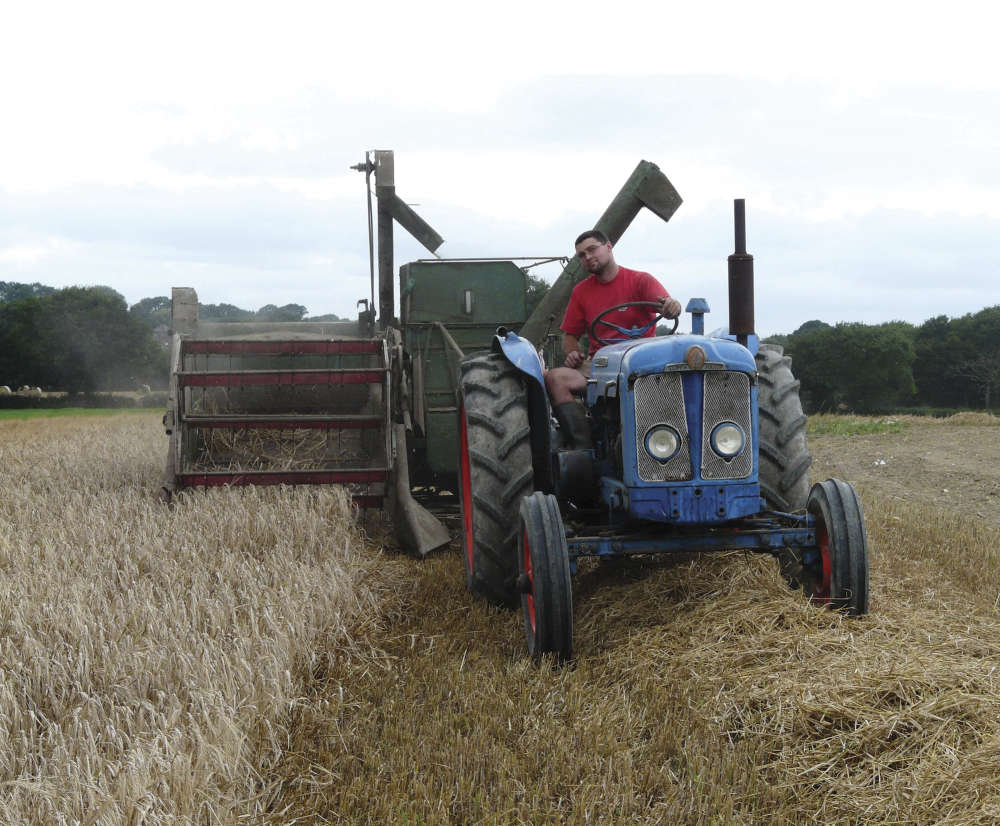 “Earlier this year we caused havoc on the south coast,” remembered Bernard. “We granted one member a final wish; 30 tractors in procession, shepherding his coffin from the undertakers, in Peacehaven, along the roads and over the South Downs to his home in Telscombe in readiness for his funeral.”

SEVAC have their monthly meetings, sometimes with speakers, at Cross-in-Hand during the winter months. “It’s lovely to meet up with like-minded people, to enjoy both the mechanical and social side,” declared Caz.

The chatter that permeated the conversation was infectious, three enthusiasts keen to share their passion of keeping vintage machinery in proper working order and using it to work the land in the manner for which it was built many decades ago. All in all a really inspiring case of going back to the future, just not at 88mph in a Delorean! 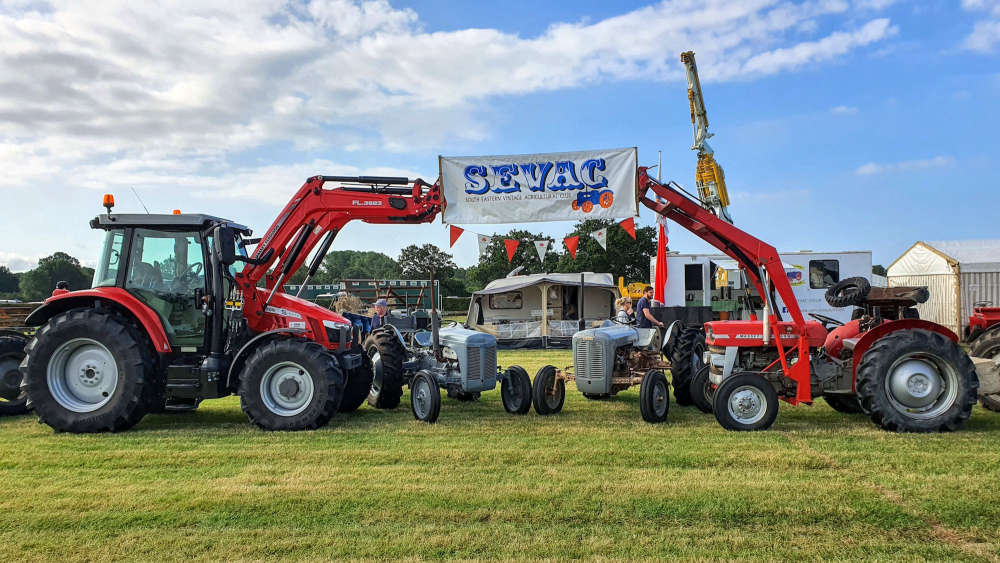