Natural Living: A Flock of Long-Tailed Tits at Chailey Common 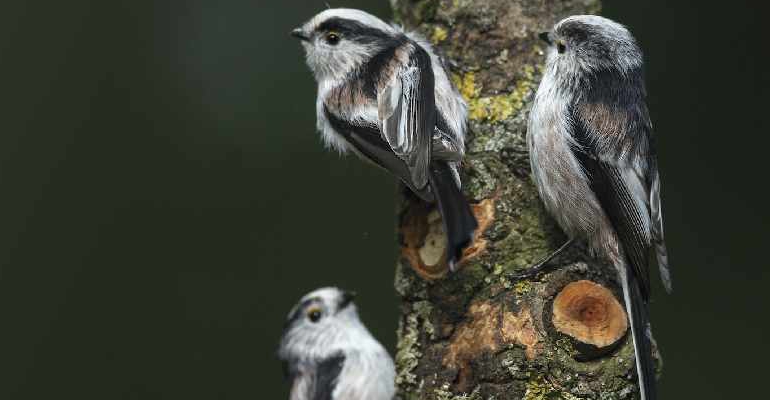 An afternoon stroll in light woodland at the edge of Chailey Common seemed strangely quiet. Other than the rumble of cars passing over cattle grids and the occasional caw of a distant crow, the air was still and silent.

The sound of sharply fluttering wings came from nowhere, accompanied by high pitched trilling calls; it was a flock of one of our smallest birds, the diminutive long-tailed tit. I stood still as at least a dozen flitted among the slim branches of silver birch above my head.

Long-tailed tits live in family parties of up to twenty, consisting of a brood, its parents and extra adults who help raise the brood if their own has failed. As winter approaches, each flock maintains a vigorously defended winter territory that can expand to 25 hectares.

They seemed to move as one through the trees, calling continuously; their togetherness is a survival mechanism because their low weight of less than 8g means that they need one another’s body heat on freezing winter nights.

Huddling close in large groups allows them to survive the cold for they are unusually small for birds at this latitude.

Their bodies seem little more than small feathered spheres, beautifully marked with dusky pink patches contrasting with their black and white plumage; it’s the extra long tail that serves to double their length.

The nest of a long-tailed tit is a remarkable home; constructed from moss, spider silk and up to two thousand feathers, it is a fully enclosed dome, leaving only a small entrance hole for extra protection against rats, squirrels, magpies and stoats.

It is camouflaged on the outside by tiny flakes of lichen, chosen for their grey green colour so that the pale surface makes the nest very hard to detect. The spider silk helps to anchor nest-to-branch while the cocoons and eggs double as nutritious food. The silk lends the nest an unusual quality, enabling it to expand to accommodate the growing chicks.

Nests built early in the season can take three weeks to complete whereas late ones can be hastily assembled in as little as a week of concentrated effort. Studies have shown that pairs who lose a brood will often help to raise those of another pair.

It seems that the net gain of offspring raised with helpers is greater than the gain made if attempting another brood of their own.

After a few brief moments of watching the family flock enliven the autumn air with chatter and movement, they departed as one; I could hear their talk diminish with distance and the branches quieted once more, settling as the tiny wings flew on. 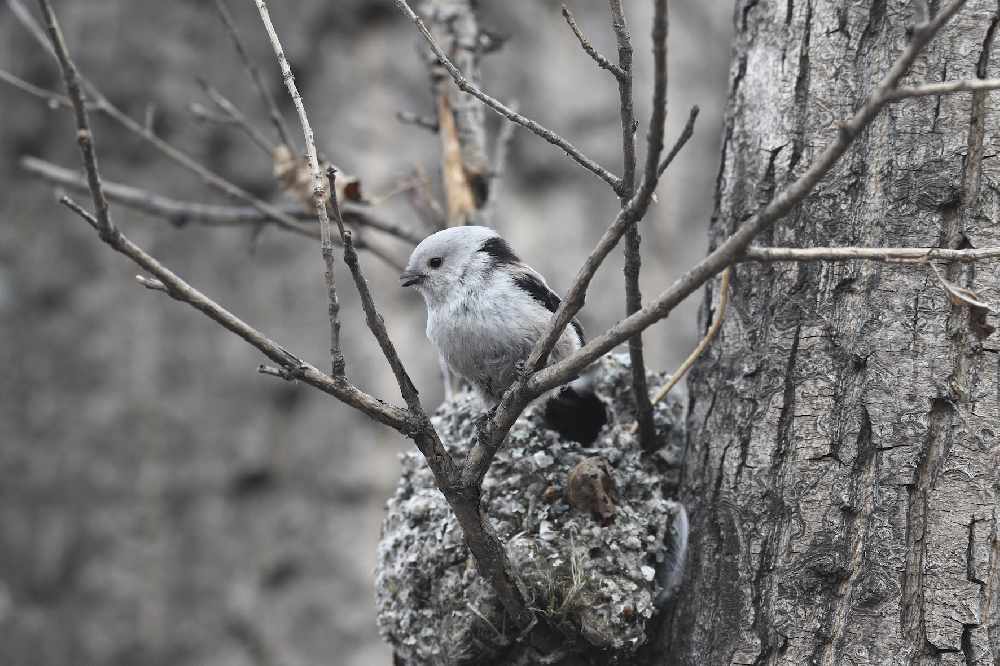