It's A Dog's Life: Musings On Gender 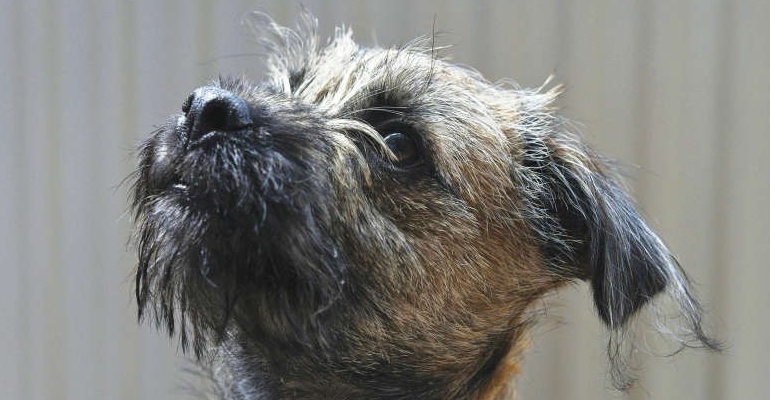 With Bear being the first female pooch in the house of Teddy, this month our favourite Border Terrier muses on all things gender related, with his thoughts translated into human, as they always are, by Helen Stockton

The arrival of my apprentice, our puppy Bear, has thrown up some interesting issues in the gender department. ‘Them Indoors’ have always previously had male dogs, mainly because ‘Her Indoors’ childhood pooch was male, but, as discerning readers will have undoubtedly noted, Bear is female. ‘Them Indoors’ decided that as she is their third Border Terrier and future breed deviation is unlikely, a female puppy would add variety.

However, one thing we have noticed, is that people often automatically assume Bear is male. Now I know Bear is a gender ambiguous name, but an assumption of maleness seems to come before formal introductions. I also appreciate that human perceptions of femininity differ to ours. For example, I think a fine beard and luxuriant facial hair are great qualities in a female, but, by ‘Her Indoors’ tweezer and magnifying mirror routine, I gather this is not a shared view. Additionally, Bear has ear-hair at least two centimetres beyond her actual ears, which I reckon any self-respecting senior man would be proud of, so I guess there are some grounds for confusion. Short of peering at our respective undercarriages, which is not something you can do discreetly with a small dog, there is no easy way of finding out.

Our behaviours don’t give much indication either. I’m a discerning sort, dainty with eating and drinking, fastidious with personal hygiene, and frankly uninterested in the more unsavoury canine occupations such as swimming, mud wallowing or rolling in unpleasant things. I’m not bold, and new things make me anxious. I am also uninterested in stalking, or, heaven forbid, catching anything furry or feathered. Bear, on the other paw, eats and drinks with abandon, takes every experience in her tiny stride, has been practising her stalking technique, rather alarmingly, on me, and shows a not entirely wholesome interest in any small furry that crosses her path. The bunnies in the garden are in for a hard time when she is fully grown. However, she shares my dislike of getting her paws wet, and after rain, picks up each foot like a trotting pony. She also seems to enjoy having her fur blow-dried which is something that ‘Her Indoors’ must like too as she spends enough time doing it.

So, gender in our household is a fluid concept, and to be honest, I’m not sure Bear has any notion of femininity right now. She is just a puppy and has more important things to think about such as playing, pestering her Uncle Teds and chewing her way through whatever she can get her tiny teeth into. Which just goes to show that peskiness isn’t a gendered quality, male or female, it applies across the board!