It's A Dog's Life: Moving House 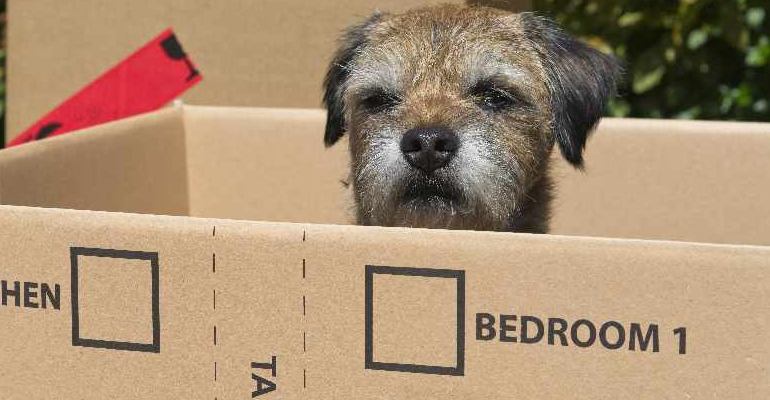 ‘Junior Him’ is moving and it’s a busy time for the whole family. Teddy’s on paw though with his own method of stress therapy

My family have recently had a moving experience. By this I don’t mean they’ve been on the receiving end of an emotional epiphany, just that ‘Junior Him’ has purchased his first flat after years of renting.

Now, as a first-time buyer with a mortgage agreed in principle prior to reservation of the new-build property, ‘Them Indoors’ thought the process might be relatively simple. However, this was not to be.

It is 15 years since they last moved themselves, an experience notable for the 18 months and 50 odd viewings it took to get a buyer, and the breakdown of the removal lorry on the big day resulting in the whole journey taking place in first and second gear.

Still, it’s heartening to know that in the intervening time, nothing has really improved, and moving is still up there with serious illness, death and divorce as one of life’s big stressful events.

As a dog, my experience of relocating is somewhat limited. When my previous owner was taken into hospital for the final time, and I came to live with ‘Them Indoors’, my bed, bowls, food and toys were bundled into a friend’s car, and I was dropped round with my belongings.

There was no financial vetting, surveys or estate agents; I just took up residence. As another famous furry puts it, ‘simples!’

Yet people moving is clearly far more complicated. Firstly, there was an interesting survey that highlighted a risk of flooding from ground water. As the property in question is a third floor flat in Croydon, ‘Them Indoors’ were wondering if they’d missed the reports of an impending tidal wave engulfing all of south London.

Then there was the delay in exchange and completion caused by an incorrect postcode (haven’t they heard of Tippex?) and, as a final coup de gras, a five hour wait for keys on moving day, due to the vendor’s solicitors forgetting to tell the local office that completion was imminent.

My role throughout was to lend a sympathetic ear, ideally for rubbing, and allowing them to stroke me to reduce heart rate and blood pressure, all useful stuff.

On moving day, I stayed with friends, Ann and Peter; kind, dog-loving people, who enjoy my visits and treat me like royalty. However, within five minutes of arriving I gave a prompt answer to ‘What have you got there Teddy?’ by accidentally killing a fluffy, baby bird who fluttered unwisely under my paw.

Still, with the value of hindsight, ‘Her Indoors’ could see that the sacrifice of an innocent to vast and incomprehensible wider forces, was justly symbolic of the moving process as a whole.

However, ‘Junior Him’ is now happily ensconced in his new abode, and I, like the queen, have my very own London pad should I feel the need to invoke my visiting rights.

Whilst I’m happy to grace his flat with my presence, I’m not taking up permanent residence. I’m definitely not indulging in this moving business anytime soon, it’s far too stressful.