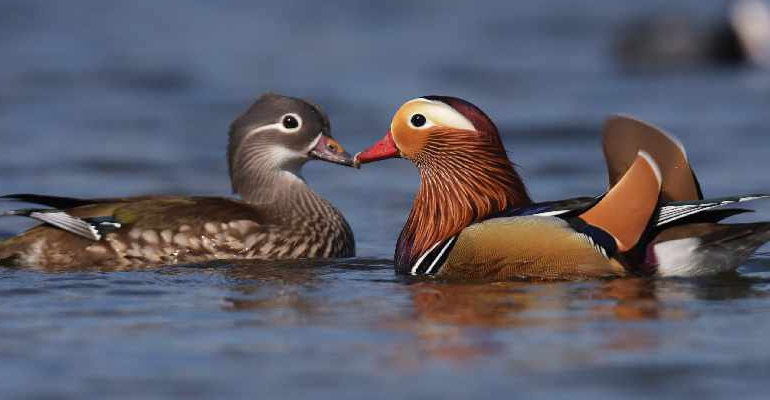 Mandarin ducks are thought to be some of the most beautiful birds in the world with their striking plumage and distinctive orange sails. Peter Erridge tells us where to spot them this spring

These ducks originate from eastern Asia and are considered by some observers to be the most beautiful birds in the world. The male Mandarins are easily recognised by their ornate plumage which is at its best in early spring. Their decorative appearance has inspired artists, ceramicists and glass figurine makers over many centuries, especially in oriental art. In Chinese and Korean culture it is believed that these ducks pair for life and so these artefacts are given as wedding gifts symbolising wedded bliss and fidelity. The orange and black plumage, the orange ‘sails’ on the back and a wide white band over the eye is recognisable from afar. The females are duller but still more noticeable than many other species.

In their native territories due to habitat changes numbers have declined severely and in 1975 exports were banned. They were introduced into Europe in the mid-19th century. In the 1930s some escaped from a property near Cobham in Surrey and a strong wild population is now established in that area, and then spread across southern Britain. There are thought to be around 7,000 wintering and 2,300 breeding pairs in Britain, many of which can be found in Sussex. These shy birds are mostly found on lakes and rivers where there is sheltering vegetation such as overhanging branches or reed beds. This is a habitat seldom used by other ducks and has not caused any environmental problems.

One unusual behaviour is that they perch on tree branches. Another is that they nest in holes in trees near water, normally 10-15 feet above ground. The normal clutch of eggs is 9-12 which are incubated by the female. Predation of nests by jackdaws, mink and squirrels reduces the numbers. When all the eggs have hatched the female calls from the ground below the nest and the small fluffy ducklings emerge to drop the few yards to the ground. There may be understory such as bramble bushes to soften the landing. The duck then leads her tribe to nearby water and the hazards of life, including mink. Pike will also take small ducklings, whilst on land foxes are major predators.

At Weir Wood Nature Reserve careful records of the breeding of Mandarins have been kept for a number of years and show some interesting results. Nest ‘sharing’ appears to occur frequently as counts of 15-20 Mandarin eggs have been noted plus those of Stock Dove and Tawny Owl. In 2015 a total of 349 were laid in 15 nest boxes however only a small number of fledged ducklings were seen. Careful measuring has indicated that eggs have been laid by more than one female. In 2016 deeper research on one nest box showed that out of 47 eggs only 15 were warm. The cold ones were removed and the female returned leading to 13 fledglings.

WHERE AND WHEN TO SPOT THEM

Early spring when the drakes are in breeding plumage, and the foliage has yet to emerge, is the best time to view these spectacular birds. Sites where there is a good chance to see them include: 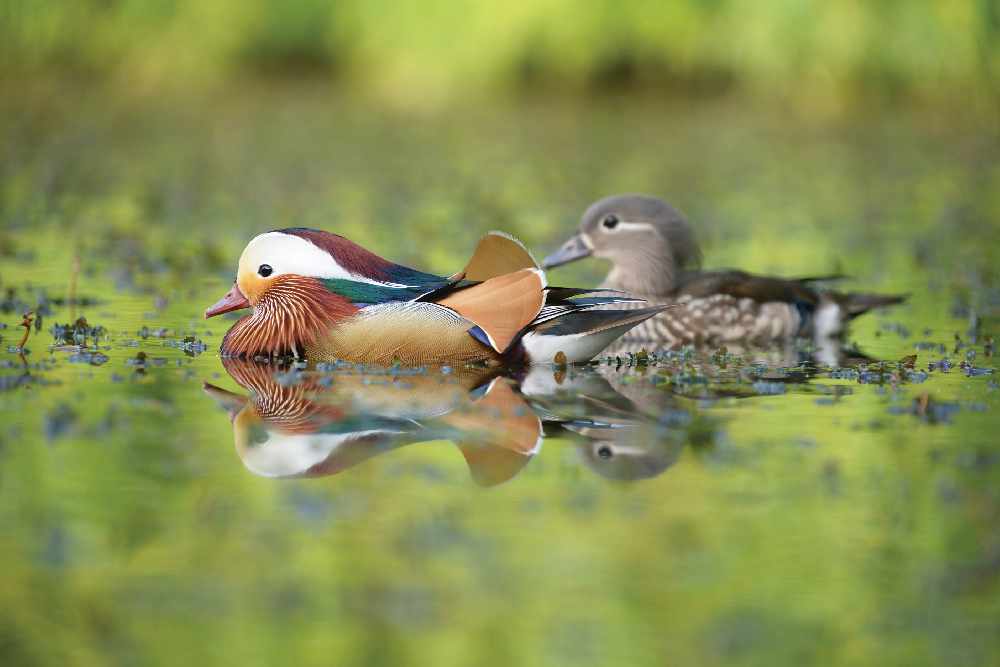