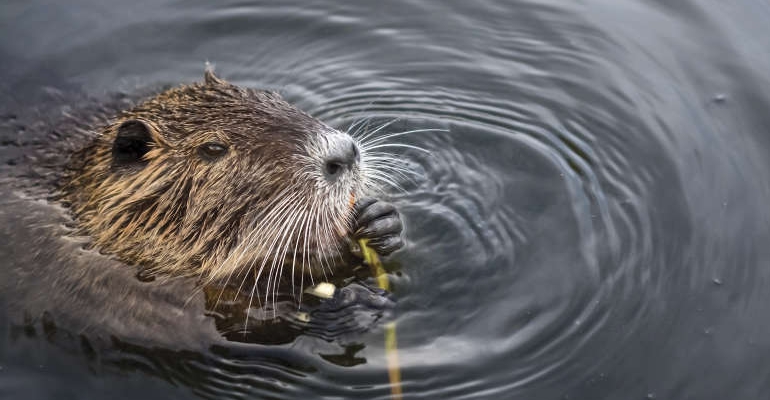 The restoration of a small section of the River Adur is soon to become home to a species that hasn’t bred in the UK for over 400 years. Ruth Lawrence has been to learn more about the beaver reintroduction that’s creating ripples across the county

Rewilding’ is an exciting concept being embraced at several locations across the country, including the Knepp Estate at West Grinstead. In the 19th century the River Adur was canalised and deepened by the Victorians to improve transportation links and drain water from the land. Later generations maintained this straight-jacketed waterway without questioning why they still needed to do it. When Knepp’s current guardians, Isabella Tree and Charlie Burrell, embarked on an ambitious long-term plan to reinstate the river’s original meanders and allow water to spill into the surrounding floodplain as part of their 3,500-acre rewilding project, they determined to let nature dictate the spread and flow of the river system.

Since being released from its confines around fifteen years ago, this section of the Adur winds through meadows that are home to free roaming English Longhorn cattle, Red deer, Fallow deer, Tamworth pigs and Exmoor ponies, all of whom help to create habitats for an extraordinary variety of insects, amphibians, birds and small mammals. White storks were reintroduced in 2016 and they bred for the first time last year. The last time White storks reared chicks in England was during the 1400s.

One species, extinct in England for four centuries, is considered crucial to the continuing restoration of the river. After an experimental introduction last year, this autumn could see two bonded pairs of beavers released into the river system. Knepp has been granted a license for the beavers, which will be transported from the River Tay in Scotland and eased into the landscape via a temporary enclosure. The beavers should start building dams and their ‘lodge’, a snug home built from twigs, mud and moss, which will hopefully ‘heft’ them to the location. Then, the enclosure will be removed, giving them free rein of the rewilded wetlands and groves of sallow – one of their favoured food plants. 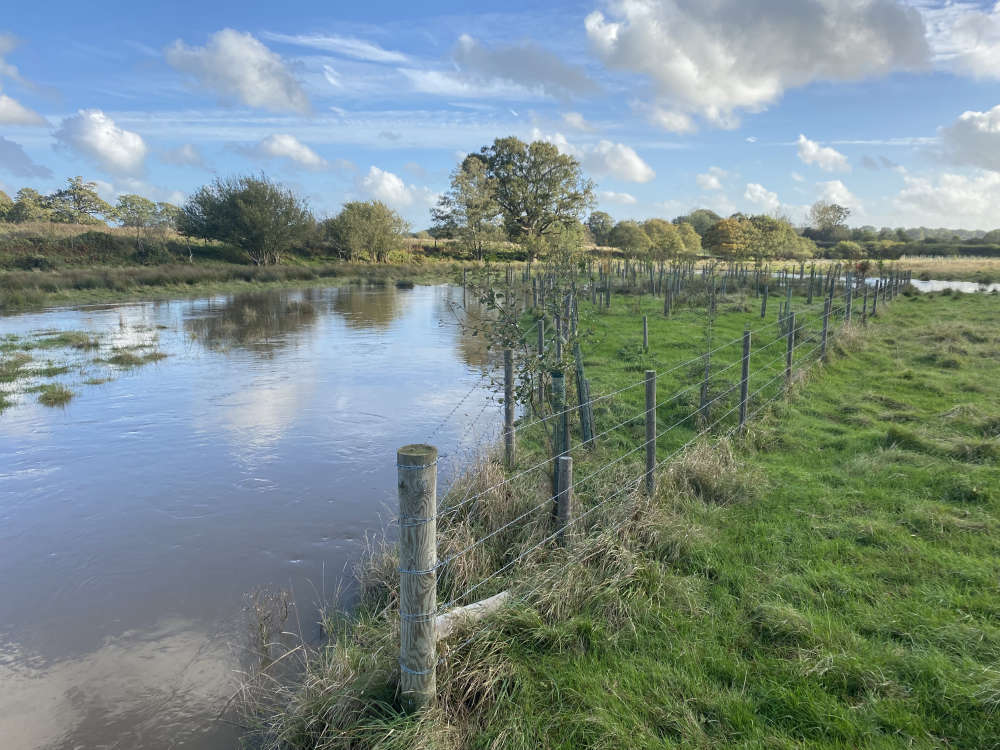 Beavers have an astonishing effect on wildlife; it is as though their presence waves a magic wand across a depleted environment, causing other life to flourish. At a site in Devon, where beavers have been living for a decade following controlled introductions, the number of aquatic invertebrates rose threefold in a year, as did the number of beetles in four years. Frogspawn increased from ten clumps to an unbelievable 370 clumps in three years. Endangered vegetation has reappeared after a ninety percent depletion during the 20th century.

Isabella noted an overwhelmingly positive response to the two un-bonded beavers that had temporary residence at Knepp until early this year. “Anglers loved them,” she recalled. “Despite living in water, beavers do not eat fish and do not pose a threat to fish  stocks.” The German state of Bavaria has 18,000 wild beavers; and in the UK the public appear enthusiastic about reintroduction of beavers and other native species that thrived here in centuries past.

Each spring, bonded beavers have between two and four ‘kits,’ or babies. As the kits mature, they help their parents maintain the dam and lodge, and will help care for the next generation of kits. Living in family groups of up to ten, the older beavers will leave the colony at two to three years of age, in search of their own partners and to make their own colony.

During restoration of the River Adur weirs were removed and this has enabled Sea trout to migrate upstream for the first time in over a century. Eels can travel freely, to and from their breeding grounds in the Sargasso Sea. The restored wetlands of the floodplain have become an ideal habitat for wading birds, amphibians, water insects, marsh plants and trees such as the nationally scarce Black poplar.

Woody debris is allowed to gather to create blockages which have led to eddies, pools and ‘riffles’, areas of shallow water created by the accumulation of coarse sediment. This creates more oxygenated water and a correspondingly healthier ecosystem.

The bigger picture is that rewilding creates a ‘spillover effect’ with wildlife venturing out into the wider countryside, but species can only survive as long as there is habitat to support them. Green corridors of and streams are vital to allow creatures to travel unimpeded from one breeding hotspot to another. 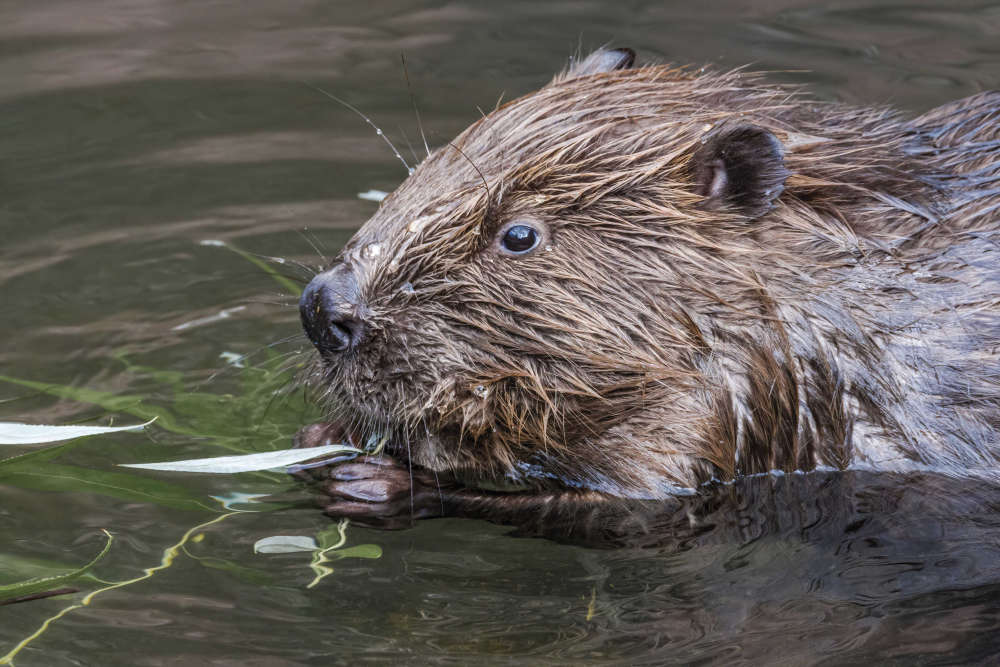 Connection between habitats is essential to the health of any natural system and nowhere is this more obvious than in a river catchment, an entity in its own right. No matter how successful the rewilding project has proved, Knepp is not an island and needs to be but one part of a thriving natural environment that stretches far beyond its boundaries.

Unfortunately, the need for natural corridors can clash with the need for new housing and the Nature Recovery Network that links Knepp and St. Leonards’s Forest is under threat from house builders. Bats and birds; including nightingales, yellowhammers, skylarks and cuckoos thrive in the ancient hedgerows, woodland and pastures between the two locations; while Blake’s Gill, a tributary of the River Adur is home to a population of Brown trout.

The river restoration is a living example of how the benefits extend into the surrounding landscape. The heavy clay soils in this part of the Low Weald are prone to flooding. But since the water has regained its natural tendency to gather on and across this section of floodplain, areas further downstream have seen less flooding since the restoration was completed.

I visit and enjoy Knepp in all seasons and the rewilded landscape is a constant source of surprise. I’ve watched the magnificent Emperor dragonfly tilting across the water and Fallow deer delicately grazing beneath century old oaks. I’ve seen slow worms curled up contentedly in the shadows and tried to identify the numerous butterflies that fill the air on a summer afternoon.

When the soon to be introduced bonded beavers begin to breed, their industrious presence will benefit the land beyond the project boundaries. Beavers are the ultimate flood control engineers, locking up carbon in the sediment of their ponds, and creating new soil when those abandoned ponds silt up over time. With public support and more informed thinking, beavers could once again become a common sight in the wider landscape, helping us manage river systems and alleviate flooding. Rewilding is proving that when nature is handed back her own agency, the people, wildlife and landscape are the beneficiaries. 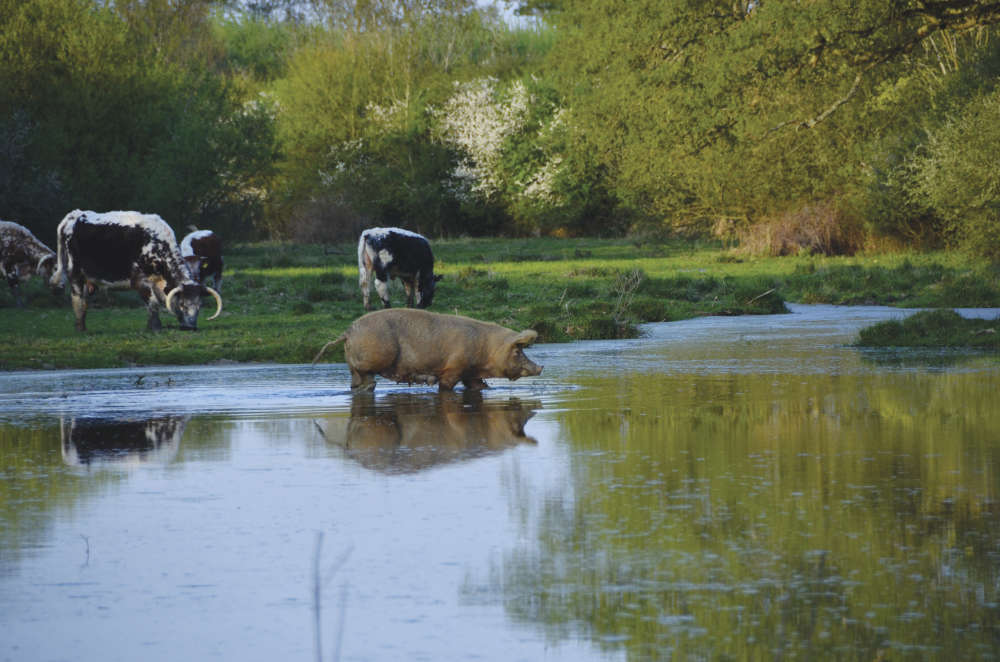